You Can’t Build an iPhone With Python 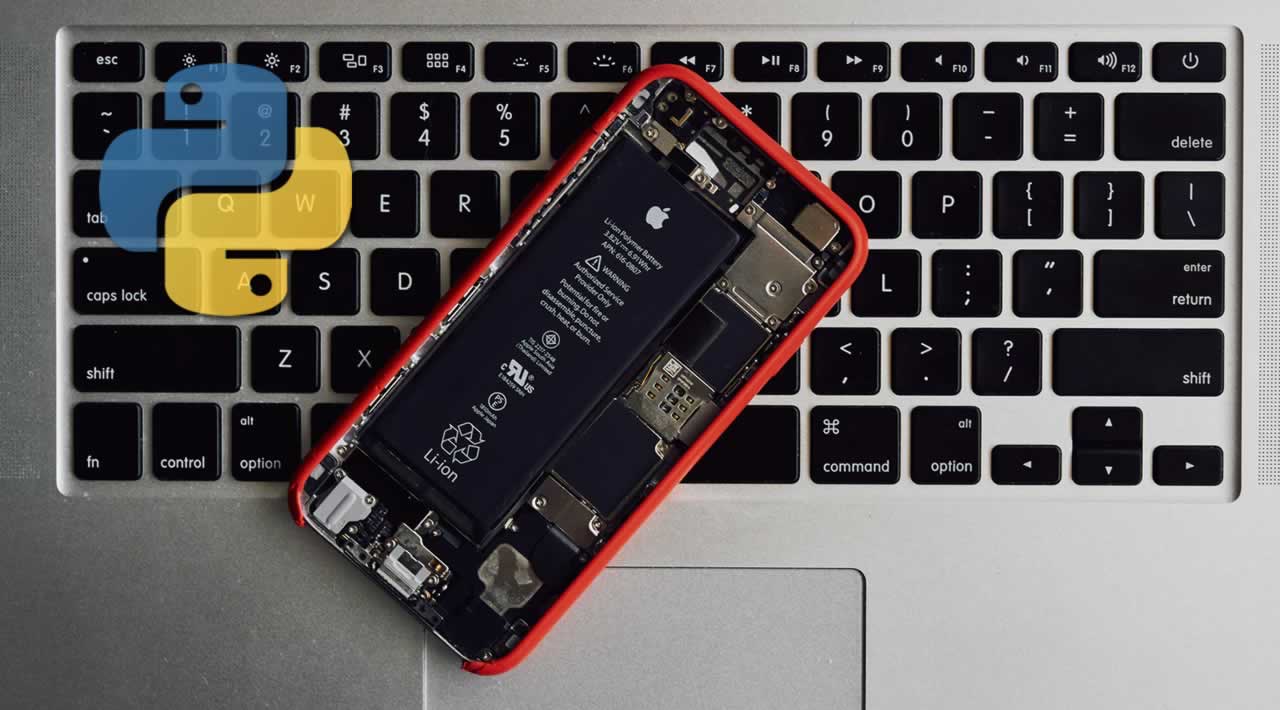 Afriend of mine recently recounted an interaction with one of her co-workers. Described as a generally nice guy, he had attempted to convince her that code camps were “basically the new engineering degree.” He had gone to one himself, and, in the end, the two of them had ended up in the same place. This, understandably, gave her pause; after all, she had attended the University of Waterloo’s computer engineering program, and then the University of Toronto for her master’s in engineering.

After some thought, she asked whether the particular code camp he had attended had touched on security, infrastructure, or operating systems; it was a question asked with the intention of understanding his comparison. Flustered, he responded that roles in those areas were so niche that his statement still stood.

My friend recognized that her co-worker’s statement had some truth to it. Yes, they had ended up in the same place. What troubled her was that he failed to understand that the breadth of his knowledge was unlikely to take him to the deeply technical reaches of big tech, where he ultimately wanted to end up.

He just didn’t know what he didn’t know. And not only that, he believed that my friend, in completing her degrees, was the one who had been conned.

Code Camps and the Messaging Around Them

There is a pattern of rhetoric that multiple colleagues of mine have observed with code camp graduates, and it includes the belief that web and app development are essentially the entirety of the field.

It isn’t surprising. The current narrative is just that; coding is becoming synonymous with web development. This equivalence can be seen on several boot camp sites, and even in highly frequented publications such as the New York Times.

The industry is expanding rapidly, but areas like SaaS, devices, security, systems engineering (required for coveted roles building self-driving cars), and even game development are starving for talent. And that is the irony. Conceptually, code camps exist as a way to transition non-tech workers to tech, creating a cheap pipeline of skilled labor. Workers are flocking to these camps, but the output is so skewed toward web development that the industry is left struggling to find tech talent in other areas.

One could argue that the self-starters will have already understood there is only so much a 24-week boot camp can teach you; they will have figured out where to go and where their talents lie. But exposure is invaluable, especially when a phenomenon such as this is so widespread. After all, exposure is what fills boot camp seats in the first place.

There is value in code camps as they are, and this is not an attack on the concept. They are an accessible means to get into the field — for people who were unable to afford a technical education, for people who realized their calling too late, or even for those who just need to make a little more money. The allure and instant gratification of web and mobile development are understandable, especially with the current demand. There’s little overhead required to download frameworks and text editors, and potentially a ton of reward. And the beauty of these camps is that they can be gateways to other kinds of development, engineering, or even academic computer science.

I just don’t know how often those gates are entered.

Coding is tactical. It is the process of solving immediate problems and building something to get it to work. Software engineering expands on this by bringing in strategy and applying engineering concepts and fundamentals to build robust and sustainable solutions. Computer engineering includes some degree of software engineering, but incorporates hardware as well — the materials required to create tablets, phones, and consoles. And finally, there is computer science — in a way, the most philosophical of them all — which includes deep dives into mathematics and why different types of algorithms, data structures, and computational methods work the way that they do.

While code camps are the right solution for many people, the skills and modes of thinking taught by formal CS programs are critical to moving tech forward. This is why few camp graduates end up in big tech, despite what they are sold. These abilities are required to provide the public with services like Google Maps or Waze, which use algorithms such as Dijkstra’s, or tools such as MongoDB or the Android SDK, whose customers inevitably include code camp attendees. Yes, many boot camps do touch on algorithms and data structures, but the speed and intensity with which they are covered do not provide the same depth. The concepts are usually taught with the mindset that they are needed to crack interviews, which contextualizes them very differently.

The demand for computer science professionals has been growing rapidly and shows no signs of ebbing. According to data gathered by Code.org, there are 570,926 open computing jobs available nationwide. However, the number of homegrown CS grads last year was only 49,291.

According to the U.S. Bureau of Labor Statistics, overall employment in computer and information technology is expected to increase by 13 percent between 2016 and 2026. Even if CS graduation rates were to rise in the same time frame, the absolute numbers would have to increase by a full order of magnitude to catch up. Recent trends suggest that students are enrolling in CS programs in greater numbers, but more needs to be done to close the gap.

Thankfully, education on the importance of CS has skyrocketed in the past few years. That is great, but a similar problem arises even here.

A quick perusal of major coding initiative websites shows that the terms “computer science” and “STEM” have become conflated. Even computerscience.org appears to confuse the terms. A paragraph titled “Why aren’t more women involved in computer science?” is accompanied by a statement indicating that only 12 percent of engineers are female.

12% of what kinds of engineers?

To be fair, the engineering statistic is followed with additional data clarifying that women make up 25 percent of “computer science-related professions.” But why confuse things by highlighting data from the broad field of engineering in a discussion specifically about computer science? To people who don’t know any better, the implication is that the terms are interchangeable.

Framing CS as the sector most representative of STEM funnels people who want to explore the industry into one narrow field within it. This means other areas of the stack miss out on fresh blood and diversity. You’d be surprised at how creative one can be when it comes to things like low-level API design or systems engineering. Or bus design, which requires electrical engineering. Or flash storage development (e.g., flash drives and phone storage), which requires knowledge of materials science. And let’s not forget areas like chassis/form-factor design, where industrial engineers and designers are needed to create the beautiful and sleek exteriors of Surfaces, Xboxes, and Pixel 3s. These subjects are ignored almost entirely in conversations about tech workers.

Coding is not equivalent to computer science, which is not equivalent to software/computer engineering, which is not equivalent to STEM. Many professional engineers, including myself, are disconcerted by the highly-focused channeling of workers toward boot camps and CS programs that sway toward higher-level, client-side programming. This trend trains people to focus on areas that benefit only a portion of tech. The industry needs people who possess a deeper understanding of engineering so that the empty positions around us can be filled. If young university applicants or even older tech-hopefuls do not understand their possibilities, they will take the path of least resistance. Ultimately we will lose the attention of future engineering talent, from core software engineering, to civil and mechanical, to web and application development.

There is the minority spin to this as well. Code.org, Women Who Code, Girls Who Code, Black Girls Code. These minority-focused organizations, inadvertently or not, propagate the idea that coding is STEM. They are championed for bringing women to science and engineering; this claim only holds because the public perception of these areas has, again, been narrowed down to code.

Within that context, many of these initiatives predominantly stick to teaching scripting and functional languages — but with youth in particular, there is immense value in even gently introducing languages like C and C++ so they are seen as less scary. Imposter syndrome is a real factor in dropout rates among minorities pursuing CS degrees; providing them with the tools to tackle these harder languages, which are inevitably included in all CS curricula, can boost their confidence.

Interestingly, we go back to code camps, as they are increasingly sold to minorities as a way to bridge the representation gap. Facebook ads constantly push these programs. The programs’ leaders run them with (perhaps genuine) earnestness, but code camps ultimately function only as a Band-Aid. The immediate results of these programs are unclear — not all camps publish hiring rates, and even when they do, critics argue they are misleading.

But the bulk of these minority graduates do not end up in leadership positions, especially not at the aforementioned giants. Already fighting against notions of incompetency, the code camp badge often taints their reputation further, sometimes disqualifying them entirely from certainMFAANG interviews. I have personally heard peers aggressively question the credentials of minority candidates with these types of certifications on their resumes. This is, unfortunately, the current state of affairs, so it is clear that minority talent is presently better served by doing formal STEM degrees. Of course, getting them into that funnel is a different story.

Techgirlz covers a balanced set of engineering topics that includes both applied and abstract concepts.

Introducing minorities to CS is a first step, but again, we need to diversify engineering disciplines. I won’t repeat it in detail, but — yes — we need women, Black, Latinx, and other underrepresented minorities in all areas of the stack, in big companies as well as small ones. Fulfilling these needs is about more than bettering the industry and bringing great products to customers. It’s also a step towards societal and socioeconomic empowerment.

I’ve outlined my concerns, but all of them resolve to a blank. Whose job is it to provide education on all the possibilities for roles in tech?

There is an obvious dearth of equivalent camps for skill sets beyond coding, and that is because the companies that need those skill sets don’t fund them. While code camps and general CS initiatives are a part of this scenario, they have done a lot of good, and have opened doors for a lot of people. They are not obligated to expand their attendees’ knowledge base to include the areas listed above, though perhaps they should.

My conclusion, still, is that messaging is important. As an industry, we cannot continue to skew the conversation so heavily toward web/app development and high-level CS. We should do better so that science, tech, and engineering roles are filled according to their demand. We need new talent to design OS experiences, motherboards, cameras, screens, cases, assembly lines, and servers to push updates. After all, you can’t build an iPhone with Python.