Render well plates for chemistry and biology in react 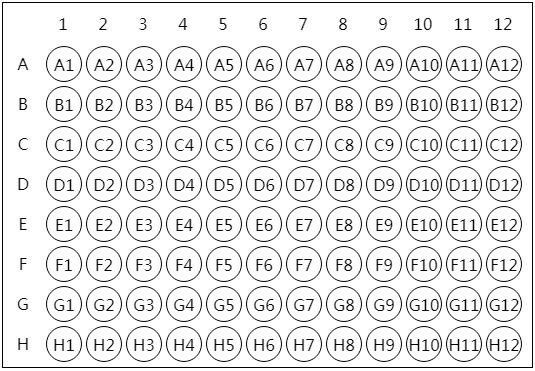 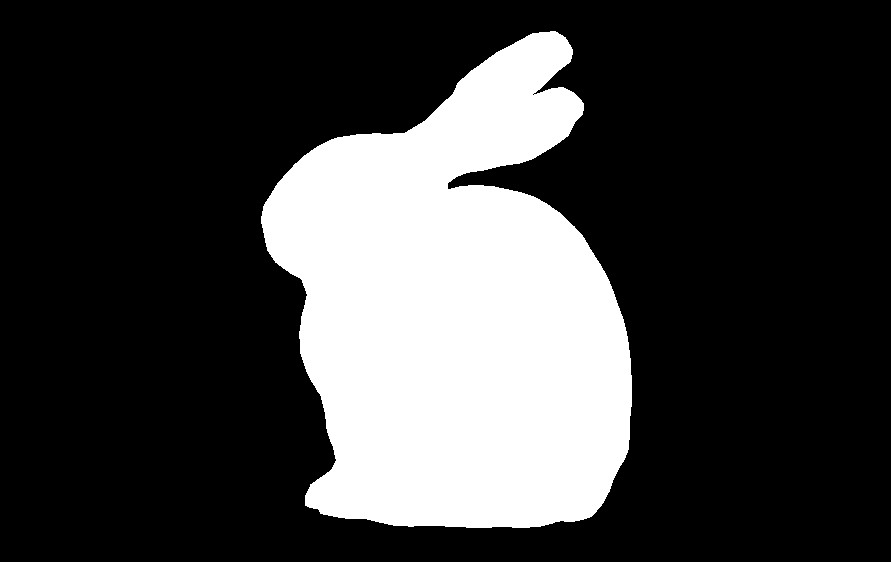 Demos
View demos in the Storybook

There is a React Storybook included in the /docs directory with usage examples. The source for the Storybook is in /stories directory and demonstrates how to create the examples. 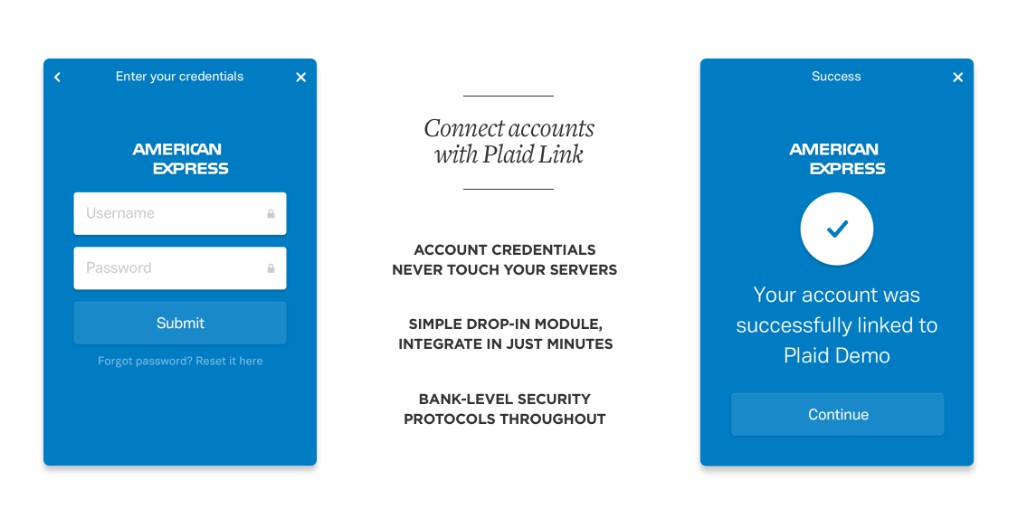 Editor for Squid proxy configuration files based on default squid.conf. 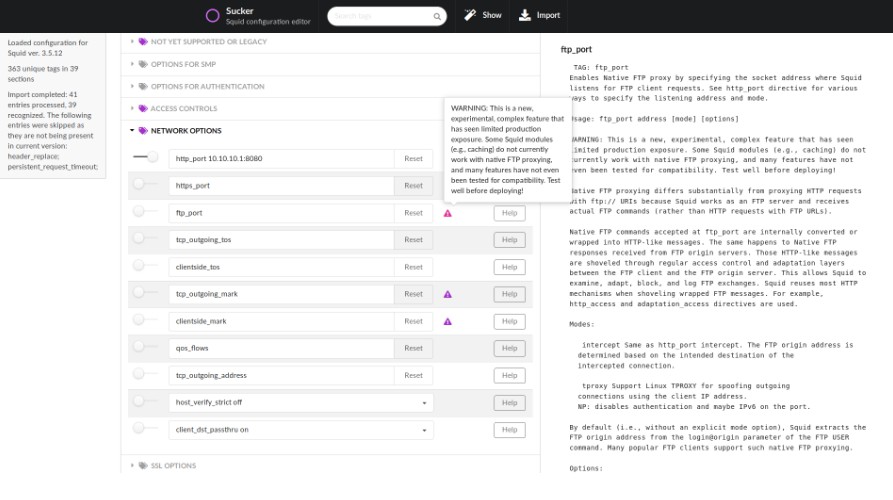 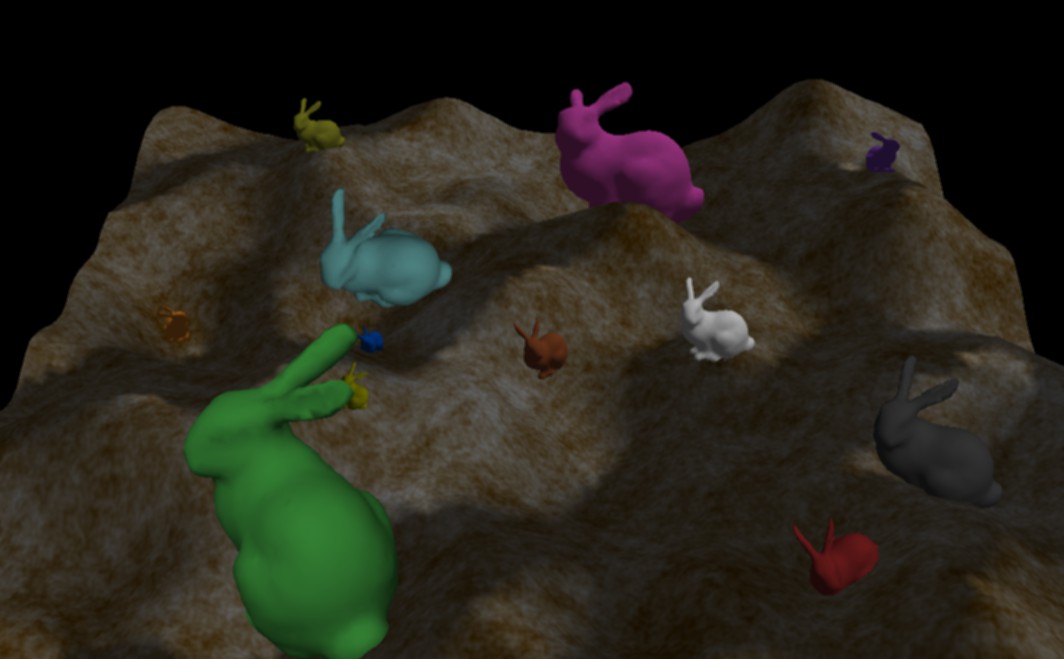 A minimal tool chain for creating React applications without all the noise.

I’ve seen a lot of bootstrap or minimal React setups for developers. But they all seem kinda bloated. Even create-react-app is bloated as soon as you eject.

All I wanted is the minimal setup with:

It’ll just get you started. Everything else is up to you. 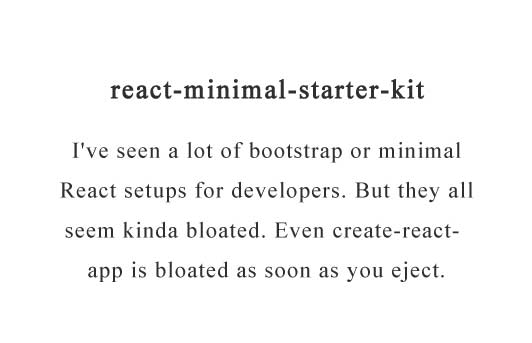 react-keybinding-component is a component that will help you set up keybindings in your app. For the moment, only simple key events are supported (one key only, keyup, keydown). It’s just a less dirty way of using key events instead of having care of them with componentDidMount() in multiple components. 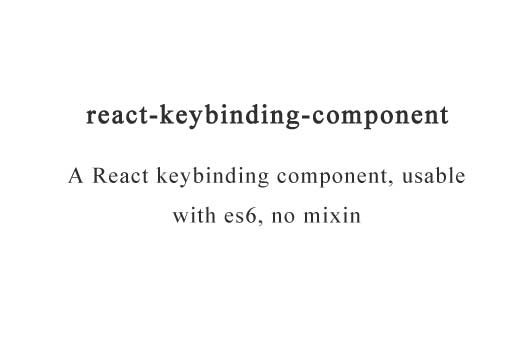 Why should I use that? Read my blog post and you will know – https://www.thedevelobear.com/post/microinteractions/

This package lets you add microinteractions to your app, and rewards users with the rain of confettis, flying emoji or memphis design particles in seconds. In order to make it rain, you need to wrap your button of choice with the Reward component, fire the rewardMe() method from the refs and voilà. You can also “punish” the user by calling the punishMe() method and showing them that something went wrong.

WARNING: Work in progress - use with caution

Checkout the storybook at https://msa.bio.sh

Ensure web3 is available before your app loads.

react-web3 exports a React component which wraps your app and ensures it doesn’t render until web3 is available. It also renders a nice message to the user to guide them in the following cases:

The user is not using a web3-capable browser, or
The user has web3 support, but their account is locked (their ETH address is inaccessible)
Along with the above, also:

Reacts to the user unlocking their wallet or switching accounts.

Warns about potential accessibility issues with your React elements. 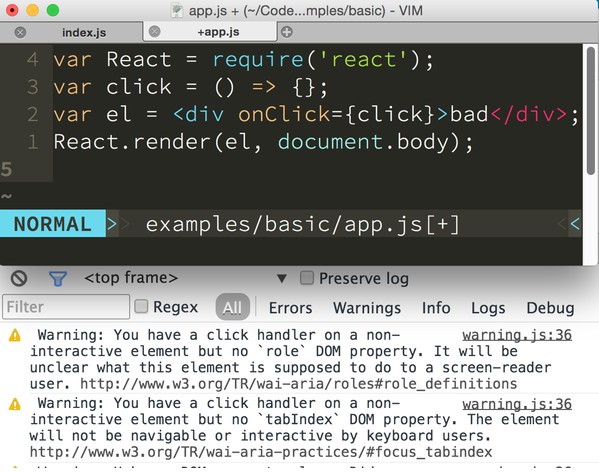 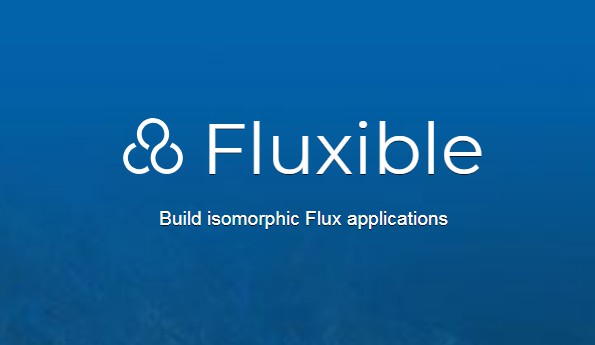 Fluxible
This repository is the home of Fluxible and related libraries.

For support, join our gitter.im channel.

This library works with React 15. If you are using React 16, look at react-pixi-fiber or a different library also called react-pixi.

To control a 3D scene with React, see react-three 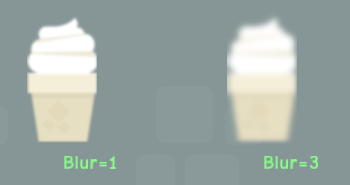 A React component for reading QR codes from the webcam. It uses the WebRTC standards for reading webcam data and jsQR is used for detecting QR codes in that data. To optimise the speed and experience, a web-worker is used to offload the heavy QR code algorithm on a separate process. The web worker is inlined and loaded on creation of the component. 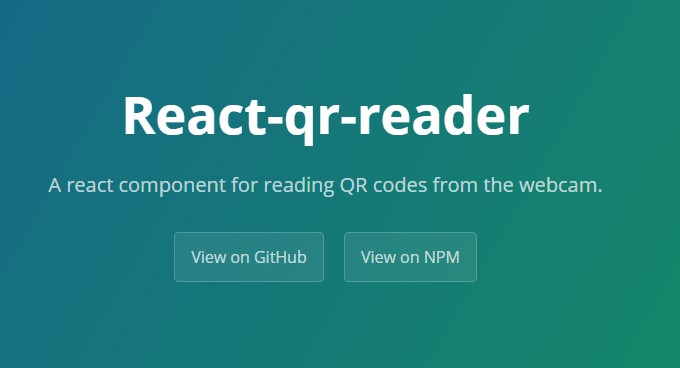 Simplest way to add twitter widgets to your react project. 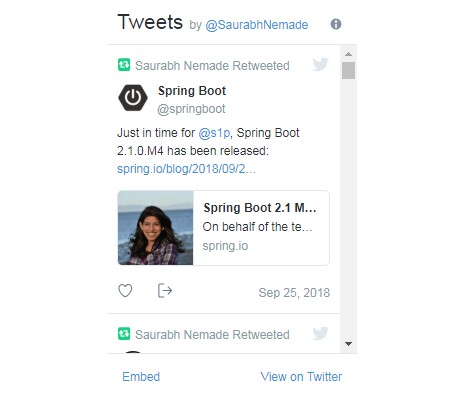 Features
🚀 Less boilerplate codes
🦄 No magic string Action Types
💚 Type Safe, typecheck in Payload
⛏ Go to definition, go to your Reducer/Epics with one click
🖇 Easy to intergrate into existed redux-observable or other redux middlewares

Experiment with react-cursor-position live on CodePen.

A complex example of how to do server-side rendering with React and TypeScript so that component code can be shared between server and browser (also known as isomorphic javascript). 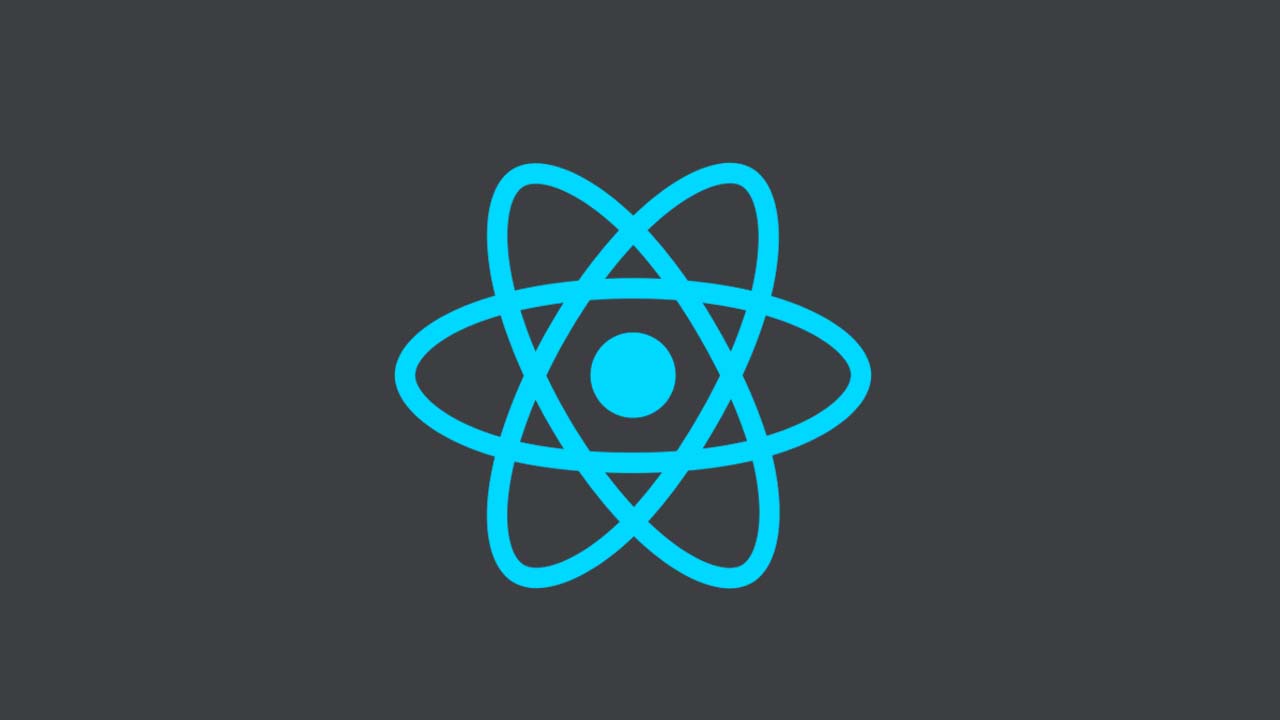 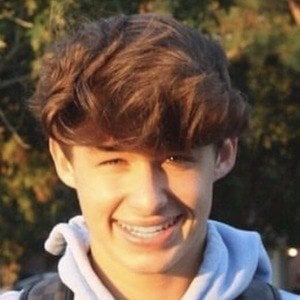 While instant feedback from an app or website is best, sometimes your product won’t be able to adhere to speed guidelines. The slow response may be due to poor internet connection or the operation process may take a long time. For such cases, the designer must reassure the user that:
The application is working according to their requirements and the actual process is still active.

If you are unable to shorten the process, you should at least try to make the wait pleasant for your users. Here are 10 react loading components for your react.js application

Have you heard about react-content-loader? It’s a SVG component to create placeholder loading, like Facebook cards loading or also known as skeleton UI. So now you can use this online tool to create your own loader easily. You just need to draw using the canvas or code using the live editing! 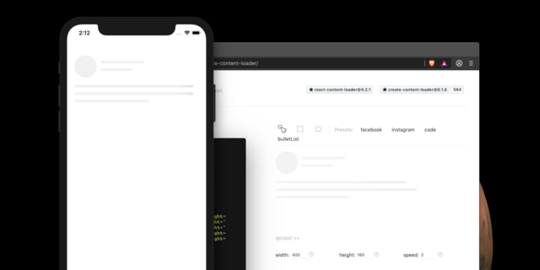 Someone pointed out the React implementation of the list was a bit complex. I figure out it was possible to write an abstraction for this particular case. Here it is!

This component aims to stay easy to use. If your use case needs more options I recommend using directly awesome libraries from Brian Vaughn listed in dependencies section.

React Pure Loaders is a package that disponibilizes loaders for your Project. Those loaders are used as components, using color and a loading variables as properties.

The component expects the to receive the color as a string with the hexadecimal code and the loading as a boolean, that is true by default.

React component to manipulate the favicon, as a loading or progress indicator, for now. The idea of “Favicon as DOM” is under construction.

The easiest way to manage loaders/errors inside a button. NOT an UI lib. 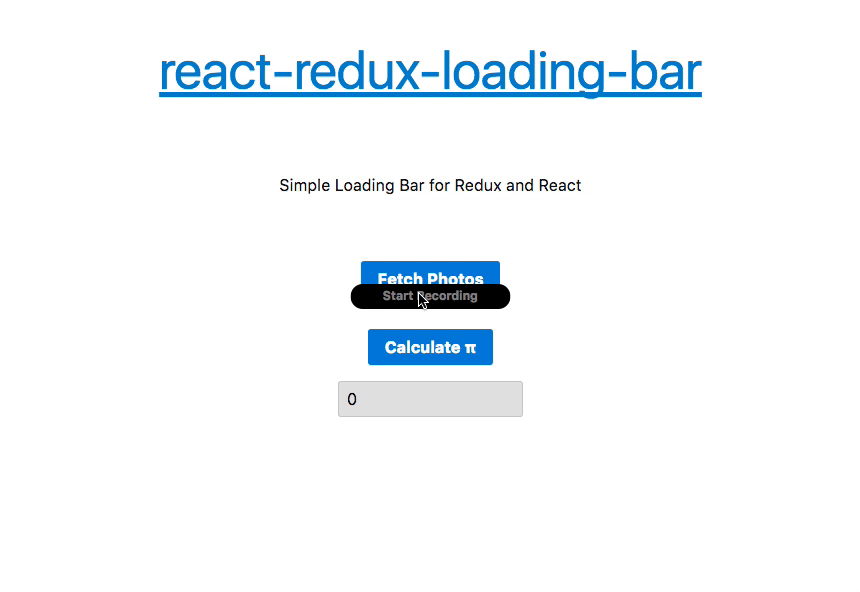 Images are ugly until they’re loaded. Materialize it with material image! It will fade in like the material image loading pattern suggests.

React Component to lazy load images and other components/elements. Includes a HOC to track window scroll position to improve performance. 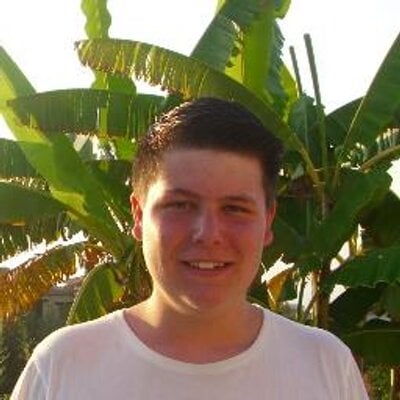 Here are 4 React navbar component that will help your application. Enjoy!

This Repo is not actively maintained! Please do not use in professional environment!

This is a React navbar component based on react-scroll. While this component is good, it doesn’t support mobile well, especially when there are many items in navbar. That’s why we need another navbar design for more responsiveness, mobile friendliness.

Navbar component that moves the navbar items to a dropdown, if they do not fit in the content area.

React.js component rendering a translatable menu bar with Twitter Bootstrap Navbar HTML markup. For example, for a menu structure like the that:

It works for both iOS and Android! 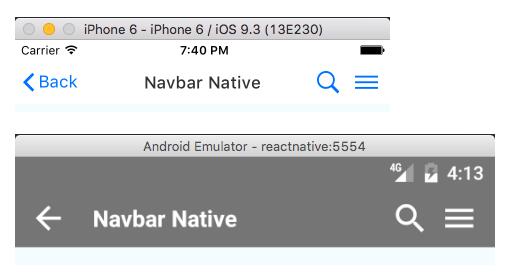