The Power of Headless Chrome and PWA Automation Using Puppeteer 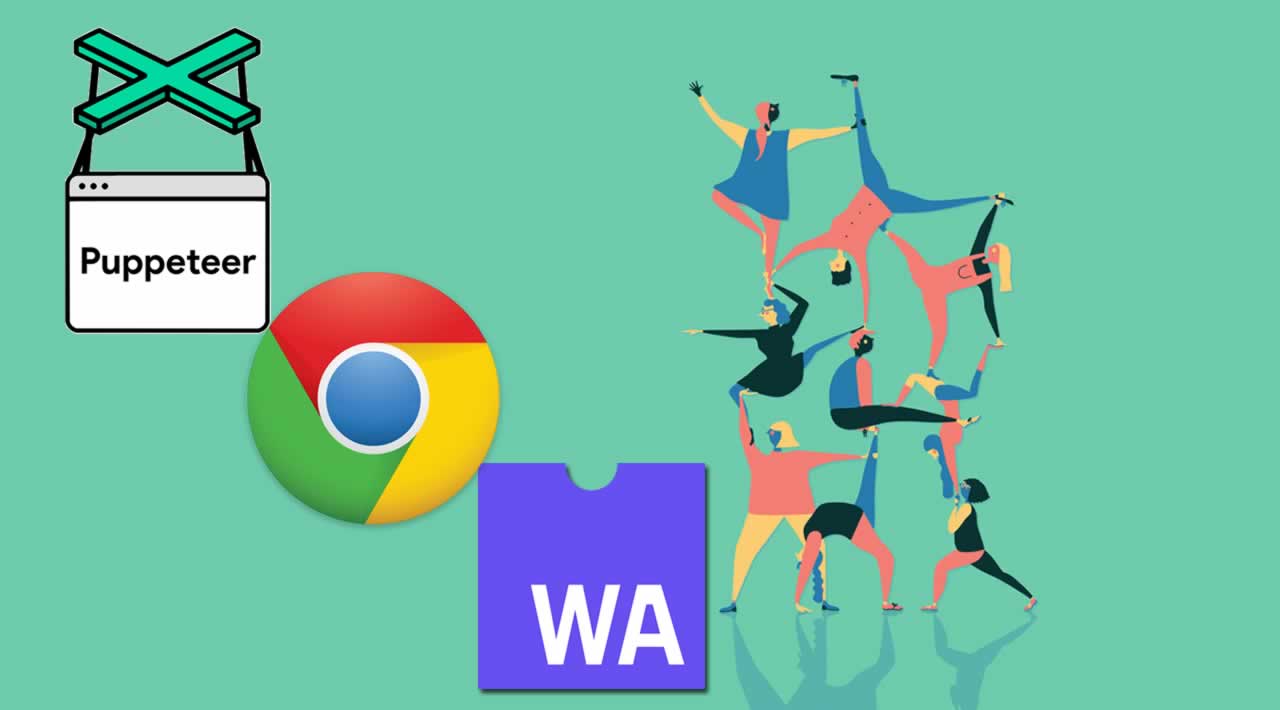 The Power of Headless Chrome and PWA Automation Using Puppeteer

Testing code is critical for the maintainability of a complex code base, but it is just as important that tests are easy to write, maintain, and understand. Frontend code is no exception to this rule, and behaviors that live in your UI should be tested as well. Historically, testing UI has been hard to accomplish for a variety of reasons, but using React removes a lot of these hurdles. We hope that puppeteer does a good job of removing the remaining ones!

The love Story of Puppeteer

Before we start, let’s define Puppeteer. Puppeteer is a node library which provides a high-level API to control Chrome or Chromium over the DevTools Protocol, It goes on to say Puppeteer runs headless Chrome or Chromium instances by default, which is why they’re always mentioned in tandem. Puppeteer was made for Chrome by Google Chrome DevTools team to help further automated/headless browser testing and make it less painful. Low-level emulation is usually done with DevTools protocol. Just like the Chrome DevTools UI, Puppeteer uses DevTools protocol under the hood to drive all its operations, and it does help a lot with input emulation.

What can we do with Puppeteer?

Most things that we can do manually in the browser can be done using Puppeteer! Here are a few examples to get you started:

All new UI features for OpenSooq.com are now implemented using React , which structures an application’s UI into a set of reusable “Components”. Components are a way to declare the way a UI should be rendered through an idempotent render function that is a pure function of application state.

Pure functions (and thus React components) are much easier to test because they simply return a description for what UI of the component should look like, given some application state, rather than actually mutating the UI and having side-effects. This “description” is known as a “Virtual DOM” and is a tree-like data structure.

Making assertions on the state of a React render tree can include a lot of boilerplate code and is hard to read, which detracts from the value of the test. Moreover, directly asserting on the resulting tree can strongly couple your tests to implementation details that end up making your tests extremely fragile.

The test case folder contains two folders first of them is

1- compositions: which consist of:

here in this method, we get HTML elements by their selectors, and then click on it. (we use it for necessary cases because selector are changed periodically )

As we see here we have two arguments, HTML element and text, we use it to click on a specific element by the text on it, this method more powerful than the first one but not all HTML elements contain text so we need the first one for selected cases .

and this is examples of them:

Note: Those is not all of helpers and navigators, there is a lot of them .

2- component :The second folder is each component related to specific element or functionality on our app .

To run the test cases we use yarn commands (dependencies management) ;

The diagram below shows the execution of test case of log in using phone number.

When you execute the command, automatically the browser will be opened and you see the execution of test cases like below.

The problems that Puppeteer addresses are by no means specific to OpenSooq. The main challenge of testing with Puppeteer is tied to chrome only. We have a number of features planned for future development and part of it is covering other browsers.

🔥Intellipaat DevOps course: https://intellipaat.com/devops-certification-training/ In this Puppet Installation on aws video you will learn how to install Pup...

Find the best PWA App Developers, to choose from a well-researched list of top PWA development companies and help you to develop Progressive Web Apps for your business.

This Edureka DevOps Puppet Tutorial will help you understand what is Configuration management and how it is done using Puppet.

How to Build Your First Chrome Extension in 5 Minutes

The Chrome web browser is very extensible. It seems like there is a plugin for just about everything you could ever possibly want. Have you ever wanted to create your own Chrome extension? Have you ever wondered how difficult the process would be? Well, it turns out it is a lot easier than you ever imagined. In this tutorial, you'll see How to Build Your First Chrome Extension in 5 Minutes