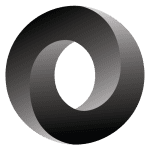 JSON is used to transmit data between a server and a browser. Here is a basic example of what might be in a string. As you can see, it's a…

As you can see, it's a human readable format of data that might traditionally be stored in a table. Some companies might have public .json files located that you can access and extract data from (an API you can connect to). You might also save a .json file somewhere in your project that you want to extract data from.

JSON data can be accessed and utilized with many programming languages. In this tutorial, we'll learn how to access JSON with PHP and JavaScript.

JSON stands for JavaScript Object Notation. It is data saved in a .json file, and consists of a series of key/value pairs.

The value of any JSON key can be a string, Boolean, number, null, array, or object. Comments are not allowed in JSON.

Although JSON resembles an object or an array, JSON is a string. A serialized string, which means it can later be parsed and decoded into data types.

Using data from JSON with PHP

First, to drill in that JSON is simply a string, we're going to write JSON into a PHP string and apply it to a variable called $data.

Then we'll use the json_decode() function to convert the JSON string into a PHP object.

Now we can access it as a PHP object.

Here is the output.

Accessing a JSON feed from a URL

From here out, we'll put all JSON data into its own .json file. This way, we can retrieve the contents of the file instead of keeping it as a PHP string.

And here's how we'll extract that data in PHP.

In order to get one entry, we'll have to access the appropriate array number. Remember, counting begins with 0 in programming.

I can access all the data in the array with a foreach loop.