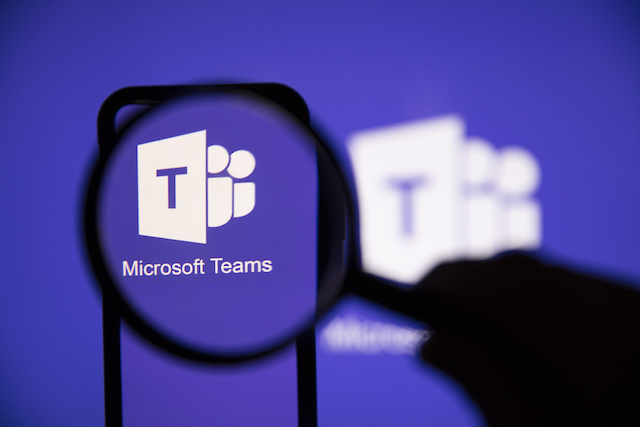 Researchers are warning of a phishing campaign that pretends to be an automated message from Microsoft Teams. In reality, the attack aims to steal Office 365 recipients’ login credentials.

Teams is Microsoft’s popular collaboration tool, which has particularly risen in popularity among remote workforces during the pandemic – making it an attractive brand for attackers to impersonate. This particular campaign was sent to between 15,000 to 50,000 Office 365 users, according to researchers with Abnormal Security on Thursday.

“Because Microsoft Teams is an instant-messaging service, recipients of this notification might be more apt to click on it so that they can respond quickly to whatever message they think they may have missed based on the notification,” said researchers in a Thursday analysis.

The initial phishing email displays the name “There’s new activity in Teams,” making it appear like an automated notification from Microsoft Teams.

As seen in the picture below, the email tells recipient that their teammates are trying to reach them, warning them they have missed Microsoft Team chats and showing an example of a teammate chat that asks them to submit something by Wednesday of next week.

Erin Ludert, data scientist at Abnormal Security, told Threatpost researchers suspect attackers are using more of a “spray” tactic here, as the employee referenced in the chats doesn’t appear to be an employee of the company that received the attack.

To respond, the email urges the recipient to click on the “Reply in Teams” button – However, this leads to a phishing page.

“Within the body of the email, there are three links appearing as ‘Microsoft Teams’, ‘(contact) sent a message in instant messenger’, and ‘Reply in Teams’,” according to researchers. “Clicking on any of these leads to a fake website that impersonates the Microsoft login page. The phishing page asks the recipient to enter their email and password.”

Researchers said that the phishing landing page also looks convincingly like a Microsoft login page with the start of the URL containing “microsftteams.” If recipients are convinced to input their Microsoft credentials into the page, they are unwittingly handing them over to attackers, who can then use them for an array of malicious purposes – including account takeover.

With the ongoing pandemic, worries about cyberattackers leveraging enterprise friendly collaboration brands like Microsoft Teams, Zoom and Skype have been piqued. In May, a convincing campaign that impersonated notifications from Microsoft Teams in order to steal the Office 365 credentials of employees circulated, with two separate attacks that targeted as many as 50,000 different Teams users.

Attackers use trusted entities to trick victims into giving up their corporate log-in details as well as to bypass security protections.