RAI is a non pegged, ETH backed stable asset. It is useful as more "stable" collateral for other DeFi protocols (compared to ETH or BTC) or as a stable asset with an embedded interest rate.

Reflexer is a platform where anyone can use their crypto collateral to issue reflex indexes. Reflex indexes are stable assets that are not pegged to anything, very similar to how the US Dollar is not pegged and it is still considered stable.

RAI is an ETH backed reflex index with a  managed float regime. The RAIUSD exchange rate is determined by supply and demand while the protocol that issues RAI tries to stabilize its price by constantly de or revaluing it.

The supply and demand mechanic plays out between two parties: SAFE users (those who generate RAI with their ETH) and RAI holders (those who hold, speculate on or use RAI in other protocols and apps).

Compared to protocols that try to defend a  fixed exchange rate between their native stable asset and fiat (DAI/USD, sUSD/USD etc), RAI's monetary policy offers a couple of advantages: 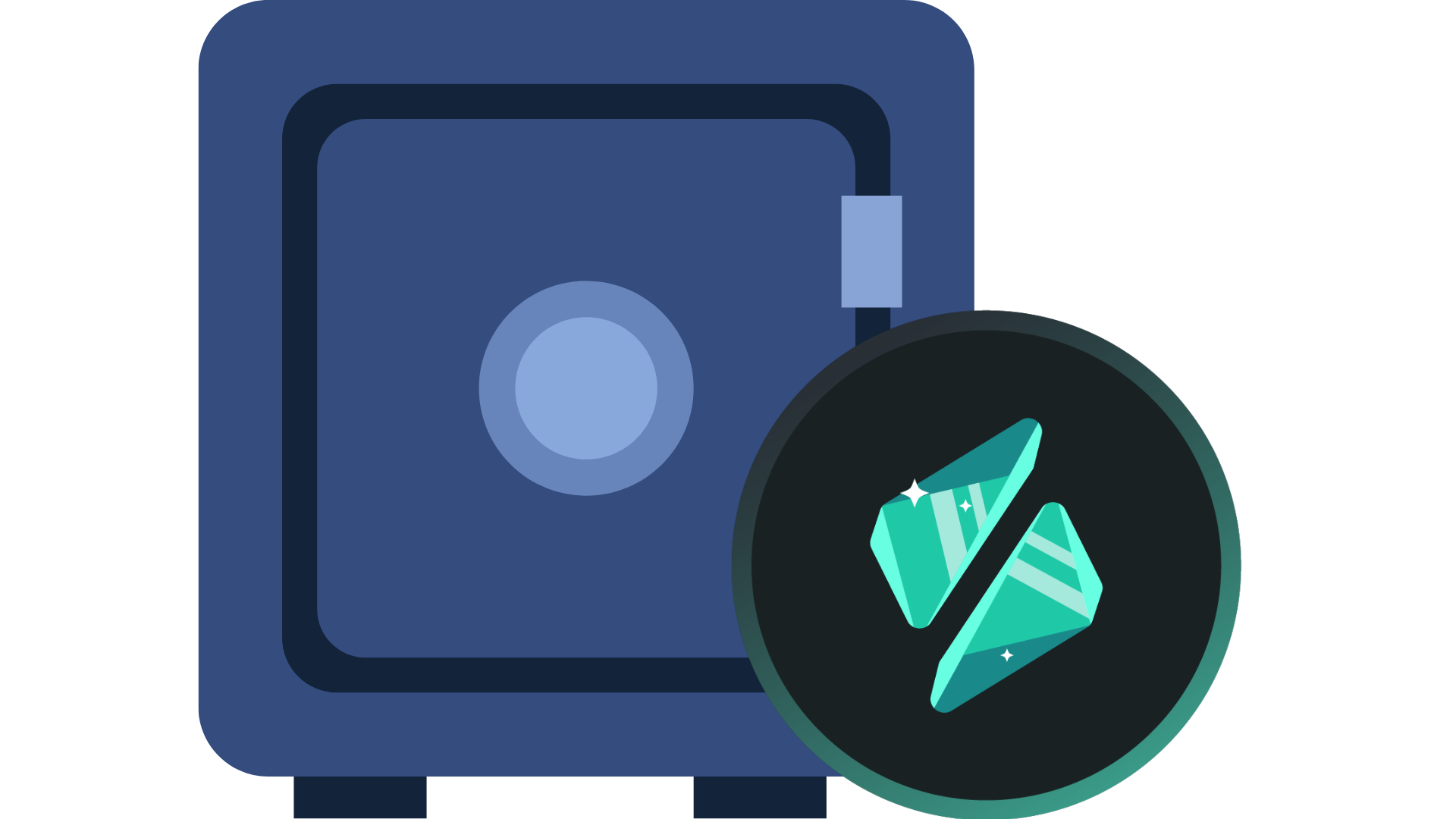 How does RAI work?

To better understand how RAI behaves, we need to analyze its monetary policy which is made out of four elements:

Let's walk through an example of how RAI is revalued in case of ETH capital inflow (aka people are bullish on ETH):

Is RAI a stablecoin?

No. Stablecoins are pegged or oscillating around a specific value (usually pegged to fiat coins such as USD, EUR etc).

Is RAI a rebase token?

No. The protocol doesn't change the amount of tokens you have. Rather, it changes the target (or redemption) price that the protocol wants RAI to have on the secondary market (on exchanges).

Will I be charged fees?

The Reflexer app is free to use. However, you will need to pay transaction fees when you interact with the protocol’s smart contracts and, depending on the features you use, fees associated with RAI itself such as the Stability Fee and/or the Redemption Rate.

What is the redemption rate?

The redemption rate is similar, but not identical, to an interest rate. Its role is to devalue or revalue RAI in response to market forces.

What is the borrow rate/stability fee?

The stability fee is an interest rate charged to users who deposit collateral and mint RAI. The fee is used to incentivize external parties to maintain the protocol as well as build a surplus buffer meant to settle bad debt.

What are your plans to governance minimize RAI?

RAI will be governance minimized over three stages. We have a dedicated guide with more details about the governance minimization process. The Reflexer team will keep the community up to date with the exact timeline of each stage.

Why would I hold RAI when the system devalues the token?

This is exactly what the system wants you to ask yourself when it charges a negative redemption rate. The system is trying to incentivize RAI holders to sell and bring the market price down and close to the redemption price.

Can you summarize what users should do so they can take advantage of the PID?

Can you summarize the behaviour of the RAI redemption rate?

Why would I want to hold something that is not pegged and yet does not behave like ETH or BTC?

We often get this question from people who are used to holding assets such as DAI or USDC which seem more "stable" because they try to target a specific peg.‌

While it is true that the mechanism behind RAI may cause more uncertainty vs pegged coins because of the floating redemption price, it also comes with its own perks:

It is also worth considering that only some fiat currencies are pegged, while others float and they are still considered "stable". The most well known example of a stable currency with no peg is the US Dollar. Check out this classification of exchange rate arrangements which shows the full spectrum of stability.

Why would I want to mint RAI?

We have both short and long term plans meant to attract borrowers and improve the experience of interacting with the protocol:

What are RAI's use-cases?

The following is a non-exhaustive list of use-cases we envision for RAI:

What are the risks of using Reflexer and RAI?

There are several risks associated with using Reflexer and RAI, ranging from smart contract bugs to suboptimal parameters set in the protocol. You can check our dedicated risks page for more details as well as read more about each protocol module.

What are the assumptions behind RAI's mechanism?

It's worth noting that the narrative attracts liquidity and arbitrageurs which in turn can further strengthen the narrative.

What is Proto RAI?

Proto RAI (PRAI) is an unaudited mainnet demo of our upcoming reflex index called RAI. PRAI is managed and repriced by a primitive version of our on-chain, autonomous PID controller. Check our whitepaper for a description of the controller and for the system as a whole.

The purpose of this demo is to test and improve our tooling and smart contracts, bootstrap an initial group of keepers that liquidate undercollateralized positions as well as gather live data which can help us update our market model and simulations. This is why in the first couple of weeks we will focus exclusively on developers. After we finish our initial audits we will invite more people to join.

If you would like to monitor the system, you can use this simple dashboard.

How Do I Create PRAI?

In order to create PRAI, you need to deposit Wrapped ETH into a smart contract and open a new position which we call a “Safe”.

At this stage we do not have a webapp to facilitate the creation of PRAI although we encourage developers to use our Typescript and Python libraries as well as our CLI in order to interact with the system. This video guide and our documentation walk you through using the Typescript library with proxy contracts in order to generate PRAI backed by (W)ETH.

We advise everyone to exercise caution and avoid using large amounts of Ether when they test the system. Do not risk more than you can afford to lose.

What Can I Do with PRAI?

Currently you can trade PRAI for ETH using  this Uniswap V2 pool. Please be aware that the pool does not have a lot of liquidity.

There are several system parameters that everyone should be aware of:

After we deployed the system, we discovered that we did not properly set authorized addresses inside the  ERC20 PRAI contract. Because of this, we were not able to add new authed accounts or remove old ones.

We decided to disable the original  CoinJoin contract which allows users to transfer PRAI between the core system and the ERC20 contract. Users (mostly bots that traded in the  old Uniswap pool) who hold old PRAI tokens can now call the old CoinJoin in order to join() tokens inside the system. They can then use the latest  CoinJoin and  Coin contracts in order to get new PRAI tokens and trade using the new  Uniswap PRAI/ETH pool.

We also had to disable the  old treasury and abandon the  initial Uniswap v2 PRAI oracle in favor of new versions that are integrated with the latest Coin/CoinJoin.

Crypto native stability backed by ETH and available for all

After almost a year of testing, simulations and building, we’re thrilled to announce the launch of RAI! RAI is an ETH backed, non pegged stable asset whose monetary policy is managed by an on-chain, autonomous controller. You can start to mint RAI today using our dashboard. RAI was deployed at this address and the Uniswap v2 RAI/ETH market is here.

Prior to this launch, Proto RAI, our mainnet demo, ran smoothly for almost 3 months and was shut down on 25th of January. We’ve received great support from our community who put more than $612K worth of ETH in the demo and minted almost 52K PRAI.

Proto RAI also showed for the first time how a stable asset can lack a peg and instead have its redemption price float in response to market forces. PRAI’s redemption price started at $2.015 and then floated between $1.937 and $2.06. This happened with no professional market makers, almost no liquidity and a lack of arbitrageurs which would have made PRAI significantly more stable. Moreover, during the PRAI demo, ETH went from about $400 to $1400, a 350% increase, while PRAI’s redemption price fluctuated less than 4%.

In the next couple of weeks we will announce our liquidity mining program for the RAI/ETH Uniswap v2 pool. At that point, we will also reveal the Reflexer ungovernance token, FLX.

In the meantime, we’re not saying that there will be retroactive mining rewards for the initial cohort of RAI/ETH LPs, but we’re also not saying there won’t be.

For the time being and until RAI has enough liquidity on Uniswap v2, the controller will be weaker than usual. We will soon update the community with the minimum amount of liquidity that must be on exchanges so that the controller is not easy to manipulate. Until then, we encourage you to check our PID risks documentation before using RAI.

RAI was launched with a starting redemption price of $3.14. From this point on, RAI will continue to float while it is managed by the protocol’s on-chain controller.

In the foreseeable future, we plan to set an annual RAI borrow rate between 2–4%. We believe that a rate in this range will be able to provide the system with enough capital so it pays keepers to maintain oracles and the controller as well as fill the surplus buffer.

You can read more about the rest of the parameters in our docs.

Proto RAI has been beta tested for almost 3 months on mainnet Ethereum. The core contracts were audited by OpenZeppelin and the helper contracts (oracles, PID etc) were audited by Quantstamp and Solidified. However, audits do not guarantee that smart contracts are bug free so we advise everyone to be cautious when using the protocol.

We have an open bug bounty program where you can earn up to $30K. We also wrote here in more detail about major risks associated with using RAI.