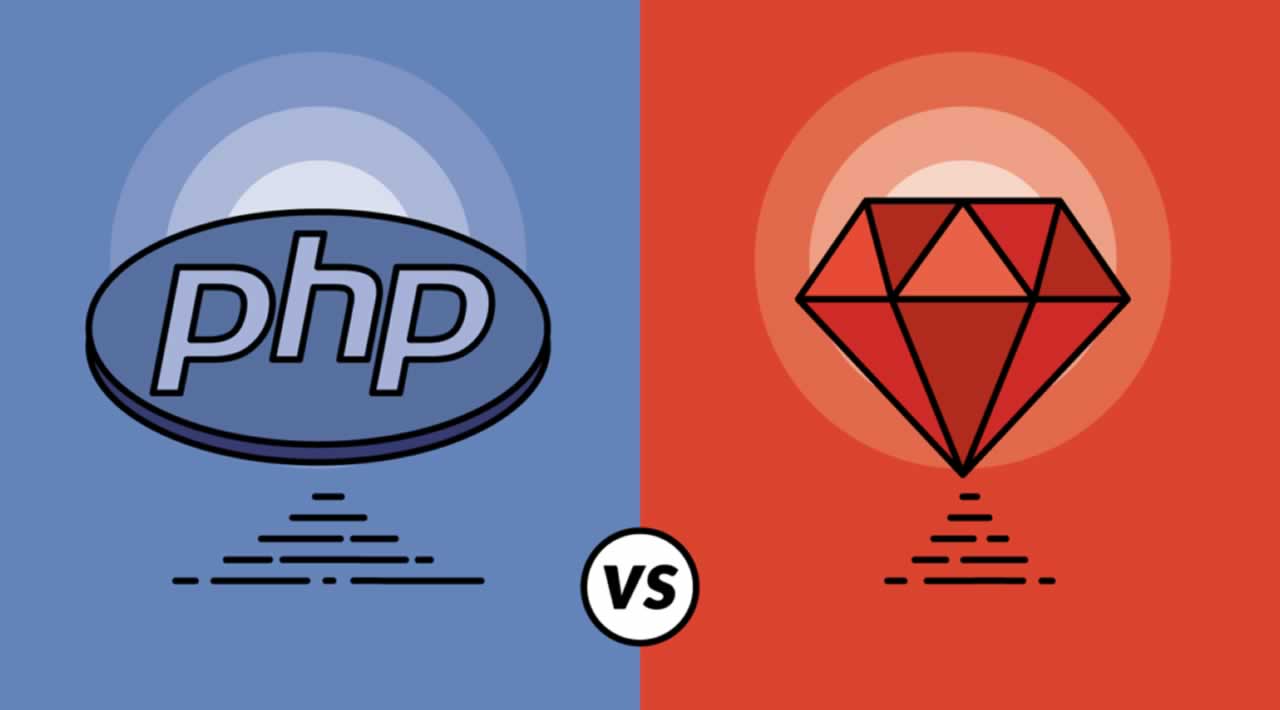 Ruby on Rails Versus PHP at First Glance

Both Ruby on Rails and PHP are open source, so there are no licensing fees. However, because PHP is used to run most of today’s web systems, there are more PHP programmers than Ruby developers, which means there is a larger pool of PHP experts and a larger open source library to draw from.

Part of the reason PHP is more popular with web developers is because it is easier to learn. PHP is also an object-oriented programming language, which makes it easier to be more creative and tackle tougher software challenges.

Once web developers master PHP, many of them choose to add Ruby on Rails to their expertise because of the advantages and power that Ruby on Rails offers for business application development. Ruby and Rails were created together to deliver web solutions, and the primary difference between PHP and Ruby on Rails is that Rails requires you to understand the full stack, including the web server, application server, and database engine.

Since both Ruby and PHP are open source, the support of the programming communities is an important differentiator. PHP has more deployments so it has a larger developer community, but the Ruby on Rails community is very skilled and enthusiastic and they want to share, so there is a growing library of ready-to-use Ruby gems.

When it comes to deployment, PHP is very easy to implement. You simply transfer files to the web server via FTP and that’s it. With PHP, you don’t need to worry about the web stack. Most hosting services use a combination of open source for the stack, including Linux, Apache, MySQL, and PHP (LAMP), so once the files are loaded, they just run. That’s the advantage of server-side software.

Ruby on Rails is more complex to deploy because you have to know the full stack. That means knowing the details of the web server (e.g., Apache or NginX), as well as the database. You have to go through more steps, such as precompiling assets to make sure all the right files are there. This is the price of being able to design and deploy more complex applications.

Where Ruby on Rails really shines is in the software development process itself. Since Ruby is an object-intensive language, everything is an object, including classes and modules, with Rails providing an integrated test framework. PHP is not always object-oriented, so coding can be laborious and time-consuming. Applications can be built and tested in Ruby on Rails much faster than in PHP, so even if there is some debugging involved, Ruby on Rails dramatically reduces the time to deployment.

The Business Case for Ruby on Rails versus PHP

While it’s clear that Ruby is a more difficult programming language to master, in many ways, it is a more robust language that is better suited for creating business applications. PHP was created specifically for the web, but Ruby on Rails offers much more.

For one thing, Ruby on Rails applications tend to be cleaner and more compact. Because PHP is so simple, it lends itself to sloppy coding that can be impossible to maintain. Ruby has the advantage of being more elegant and concise, and the documentation for Ruby applications tends to be generated with the code so anyone can make revisions or upgrades.

Most importantly, Ruby on Rails lends itself to agile software practices and rapid application development (RAD). Rails is a mature framework that allows programmers to create maintainable software, and it has integrated testing tools that shorten the developer cycle. When you consider the cost of talented programmers (and you know that time is money), reducing development time can mean substantial savings.

Depending on your business development needs, you may be leaning toward PHP or Ruby on Rails. Each has its strengths and weaknesses, but Ruby on Rails continues to gain popularity for business-critical and e-commerce applications because of its versatility, scalability, and upgradability. In the end, you have to consider which language will deliver a cleaner, more stable application that can evolve and grow with your business.

☞ What is a Full Stack Developer?

☞ Build a CRUD Web App with Ruby on Rails