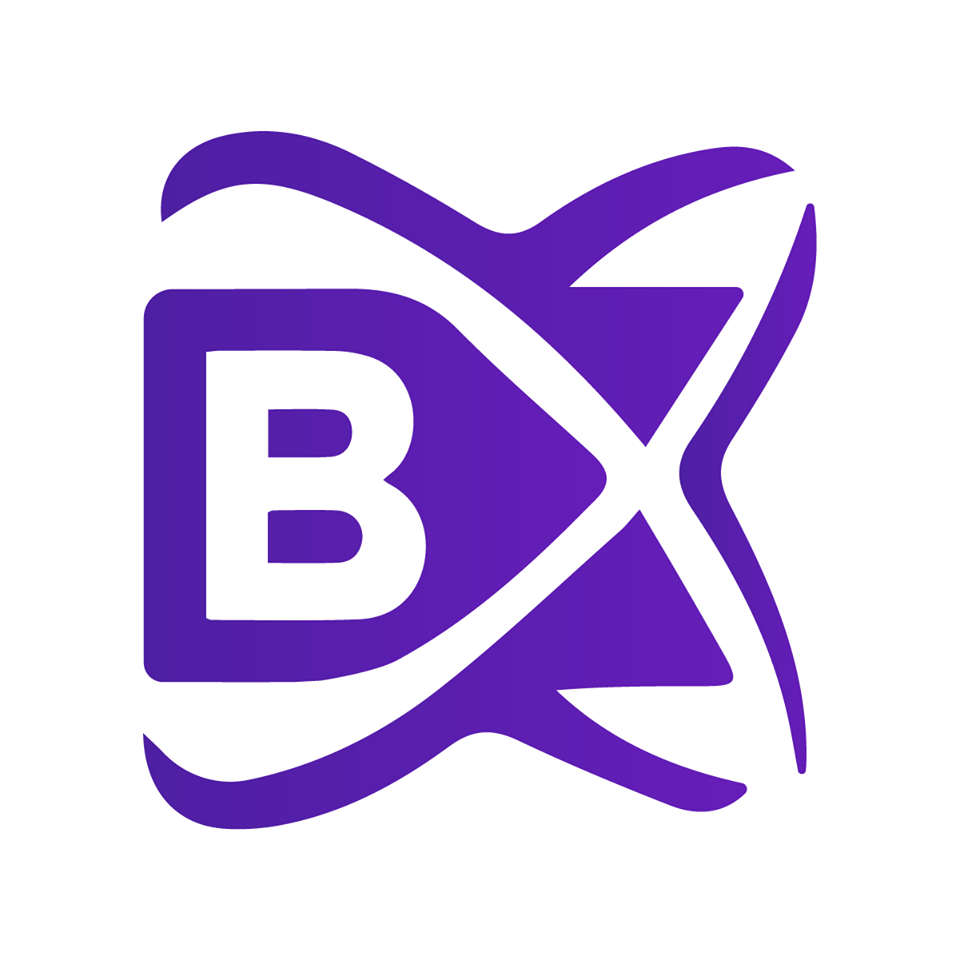 What is an IDO? And what is the problem?

What is an IDO?

IDO is short for Initial DEX Offering. A new ICO variant marks the first crypto token offering from a project to a decentralized exchange (DEX).

Here, you lock your funds with a project in exchange for your native token that has not yet been released. After the token generation event, the project releases the tokens to the participants in their wallets. Along with that, the token is added to different liquidity pools on DEX, where users can exchange their tokens for other cryptocurrencies.

Why are IDOs popular?

IDOs are hosted on dedicated launch pads like UpLift DAO. While early-stage investing has long been the purview of private investors, IDOs also include retail investors. Pitching platforms give the public the opportunity to claim promising project tokens at lower prices before they hit the market.

The key goal is to get attention and gain traction for the project. For this reason, most tokens come with a low initial market capitalization. This translates into lucrative earnings for IDO participants, sometimes generating 10 to 100 times the price of IDO. If you’ve been wondering what’s wrong with IDOs, now you have the answer.

Tech giants like Google, Microsoft, and Meta are all vying to plant their flags in the metaverse. The industry is growing by leaps and bounds. Fortunately, not just on the centralized side of the world. The crypto-metaverse arena is growing at a rapid rate, fueled by cryptocurrencies, NFTs, and DAOs.

The Metaverse is touted as an immersive layer of the internet, sustainable with its own economy, jobs, infrastructure, shopping malls, and entertainment stations. According to a report published by Grayscale, the metaverse is likely to permeate every sector in some way in the next few years. The market opportunity is estimated at more than $1 billion in annual revenue.

Web3, being an integral part of the emerging metaverse, holds a wealth of opportunities for investors. The incredible growth of metaverse tokens like SAND, MANA, and AXS serves as a great example.

GameFi took gaming to the next level with some incredible profit prospects. What was once a hobby has become a profession for many, thanks to the new flood of platforms, empowered by cutting-edge aesthetics, user experience, and incentivization mechanisms.

Revenue from virtual game worlds is estimated to grow from ~$180 billion in 2020 to ~$400 billion in 2025. GameFi fosters a new free-market economy that can have value in real life. Transactions within a blockchain play-to-win game are facilitated by crypto tokens, which can be sold on both centralized and decentralized crypto exchanges.

As a game grows and acquires new players, the demand for its tokens and NFTs increases to a level that is often out of reach for regular players with low starting capital. This is why you need to get into a game early on. IDOs are a great way to acquire GameFi project tokens at a discounted price.

NFT4Play, one of the most anticipated play-to-win games, recently launched its IDO on UpLift DAO, raising 200,000 BUSD.

That brings us to our next hot sector: NFT markets. The growth of the metaverse and GameFic has brought NFTs to worldwide attention, even from crypto aliens! According to The Block Research, non-fungible token (NFT) trading volume exceeded a whopping $13 billion in 2021.

The new gaming paradigm enables verified blockchain ownership of gaming assets like NFTs. They can be easily traded, exchanged or used on other interoperable platforms. They are now also adopted in a wide range of industries, including art, music, and sports.

The role of decentralized exchanges in an industry that is distinguished by its decentralized vision cannot be emphasized enough.A Chainalysis report reveals that the amount of DEX doubled between Q1 2019 and Q3 2021, while the amount of CEX remained about the same.

The growing popularity of DEXes in the last two years has a lot to do with the impressive growth of DeFi. From around $10 billion in July 2020, the total value received by DEX increased to $368 million in May 2021. That’s a growth of 3579%! The rapid expansion of the cryptocurrency development company requires more DEXs with additional features, functionalities, and blockchain support.

UpLift hosted the Jumbo Exchange IDO last month, raising 99,999 BUSD. It is the second AMM DEX on the Aurora Network. The launchpad supports projects that are based on a wide range of emerging networks, including Aurora and NEAR.

Launch pads like UpLift DAO step up the game, taking the best of the pioneering projects and adding some amazing new features that ensure higher representation.

To begin with, UpLift follows a community-based capital deployment model. Unlike many launch pads today, the assignment is not based on tiers. It features a lottery-based token allocation system to allow for a diverse set of participants. The showdown period after each IDO ensures greater representation. The IDO development services are expanding a wide range of opportunities for upcoming investors and startups to reap profits in less time. The initial DEX offering (IDO) platform is an innovative fundraising model implemented with blockchain technology. The IDOs are obtained from decentralized exchanges and supported with distributed ledger technology for offering efficient security over digital assets. The users can have complete control over their digital assets on IDO platform.

The IDO tokens represent any form of digital asset to be launched on a decentralized exchange (DEX) platform. IDO tokens to be of any forms like cryptocurrency, videos or music albums on the DEX platform. The Initial DEX offering assists investors with business tools to make better decisions over their digital assets for engaging targeted users towards the products and services.
The introduction of IDO helped many investors to raise funds for their business growth and to overcome traditional finance systems.

The IDO platform is a promising future in the blockchain world that benefitted many investors to raise funds for their business growth. The IDO platform to be merged with various tech stacks like Ethereum, Polkadot, Binance Smart chain and TRON for greater visibility in the marketplace to make efficient investments. Investors can connect with world’s leading IDO development services like Infinite Block Tech to build their dream business cost-effectively. The IDO development company has brought significant changes to the digital world by benefiting global users to transact funds efficiently without any loss. The Initial DEX offering (IDO) is a fundraising platform that gained users’ attention in less time after its launch in the marketplace. A Smart Contract system powers the IDO platform to manage the entire flow of crypto transactions without delay. The blockchain-based IDO platform is supported with distributed ledger technology for issuing or creating new IDO tokens.

The blockchain-based IDO platform enables users to have control over their digital assets. It is secured with high-end security systems, and there is no possibility for hacking in the IDO platform. The IDO tokens represent digital assets for raising funds for investors’ business growth. A business algorithm governs the IDO tokens to gain immediate liquidity for users in the trade. The investors can earn high ROI as passive income, and investment towards IDO platform development does not go in vain.

The Initial DEX offering (IDO) platform is highly trending in the digital world, and millions of users have started to adopt the digital transition for safe and secure transactions. The IDO platform has a lot to offer the upcoming startups and investors from generating high revenue in less time. Investors can approach the leading IDO development company like Infinite Block Tech to build a world-class IDO platform using blockchain technology to top the marketplace.

The IDO token development company is becoming more popular in the real world, creating vast opportunities for investors and startups to experience secure trading to reap profits. The IDO token development platform has excellent value in the blockchain market that lured millions of users’ attention in less time. The IDO tokens benefit the users with faster transactions, exchanges and trading to gain profits. It is best suitable to be adopted by many business firms to increase their business revenue and top the marketplace in less time.

The IDO token platform has brought significant changes to the digital world that created a massive hype among millions of users to start adopting the digital transition to enhance secure transactions. Investors can gain high liquidity by investing in IDO tokens during the trade and are easy to purchase from the market. The IDO tokens are highly secured and built using the latest blockchain technology to attract global users. The investments towards IDO token development platform benefits investors with high returns in the long run.

The IDO token development platform has created massive success for investors and startups after the launch in the market. It is highly safe and secure for instant transactions that benefit the user with high profits with fewer investments. Investors can connect with any IDO token development company with professional experience in developing a featured IDO token platform using the latest blockchain technology cost-effectively.

The IDO development platform is becoming more popular in the digital world that benefitted a wide range of investors and startups to reap profits in a short period. The initial DEX offering (IDO) is an excellent fundraising model that helps traders to swap tokens during liquidity pools. The IDO platform comes well structured and built using the latest blockchain technology to attract global users. It is supported with Distributed Ledger Technology (DLT) for issuing or creating new IDO tokens.

The IDO platform performs better than traditional financial systems to benefit global users with improved processing speed. It eliminates the need for intermediaries like banks or insurance to help users experience less gas fee and wait time. The IDO tokens represent any forms like cryptocurrency, videos, or music in the IDO platform for exchange or swapping. The IDO platform development helps investors to expand their business revenue and keep the targeted users engaged round the clock to benefit from the trade.

The IDO development platform has disrupted the entire blockchain industry with efficient benefits to attract global investors. The startups and investors can use their tangible world assets to raise funds for their business growth. Investors can hire professional experts from any blockchain company to build their dream business at an affordable price to top the marketplace in less time.