How to Find the Maximum Accessible Area on a 2D Grid 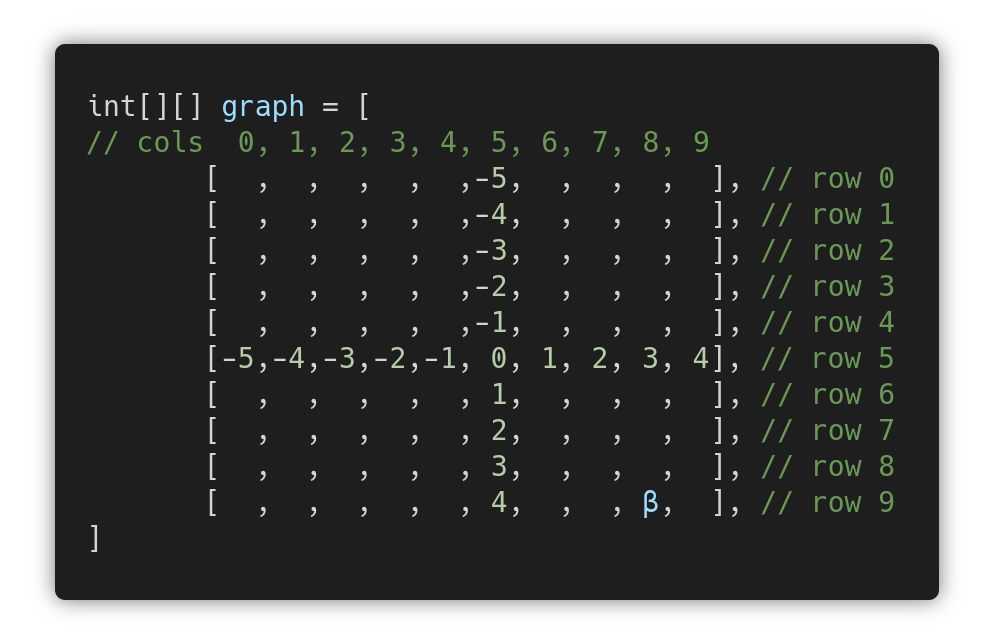 There is a character who can move around on a two-dimensional (x,y) coordinate grid. The character is placed at point (0,0).

I came across this question on StackOverflow listed under Dynamic Programming, but there didn’t seem to be an accepted solution with an explanation — so I figured I’d give it a shot and document the solution along-with my thought process.

There is a character who can move around on a two-dimensional (x,y)_coordinate grid. The character is placed at point _(0,0).

How large is the area that the character can access?

Before we code this solution, it’s important to understand the coordinate system of a graph in the real world vs its programmatic representation.

To start off you first need to remember that an

Arraycannot have negative indices, therefore in order to create a graph that has both negative and positive coordinates you need to have an array twice as long as the0..nlength of an axis. For example, if you need the_x_-axis to range from-100..100you will need an array of lengthAXIS_LENGTH * 2to accommodate these coordinates whereAXIS_LENGTH = 100.

Since a graph is technically a data structure represented using rows and columns, we can easily represent it using a 2D array.

Teach Yourself Java: Where to Begin

All languages are “tools” for solving numerous problems. However, there is one that can be considered a star choice — Java (though some would argue for Python).

Java Frameworks are the pre-written code body through which you are enabled to add your own code. There are numerous Java frameworks that have different leading features, on the basis of the same here, I will discuss Top 10 JAVA Frameworks For Web App Development 2020-2021.