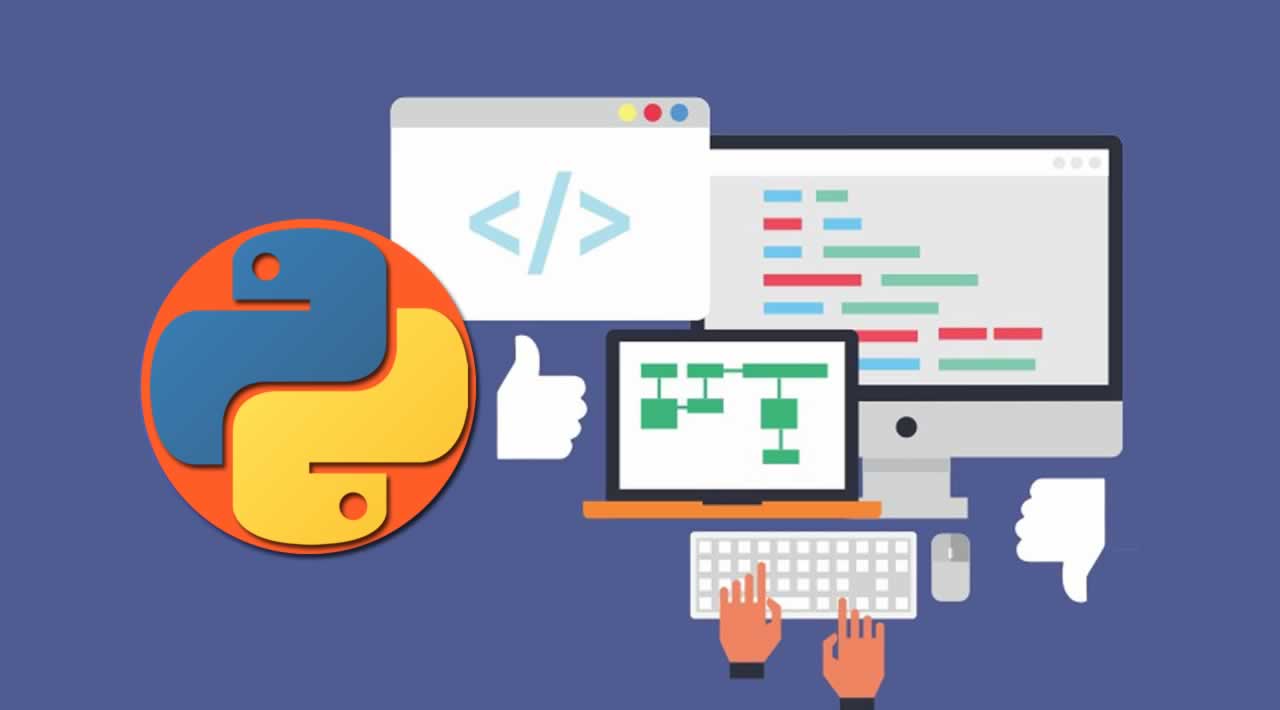 Python is a high-level, interpreted and general-purpose dynamic programming language that focuses on code readability. The syntax in Python helps the programmers to do coding in fewer steps as compared to Java or C++. The language founded in the year 1991 by the developer Guido Van Rossum has the programming easy and fun to do. The Python is widely used in bigger organizations because of its multiple programming paradigms. They usually involve imperative and object-oriented functional programming. It has a comprehensive and large standard library that has automatic memory management and dynamic features.

As an interpreted language, Python has a slow speed of execution. It is slower than C and C++ because it works with an interpreter, not the compiler.

The language is seen as less suitable for mobile development and game development. It is often used on desktop and server, but there are only several mobile applications that were developed with Python. Another disadvantage Python has is the runtime error. The language has a lot of design limits and needs more testing time. The programmer has the possibility to see bugs only during run time.

Python has high memory consumption and is not used in web browsers because it is not secure. Language flexibility is considered among both advantages and disadvantages of Python.

Developers like Python for its simplicity in learning and coding, so much that it might be difficult for some of them to learn and use other languages.

In spite of all the disadvantages of Python programming language, it has a lot more pros than cons.

The main Python language advantages are that it is easy to read and easy to learn. It is easier to write a program in Python than in C or C++. With this language, you gain the possibility to think clearly while coding, which also makes the code easier to sustain. Which reduces the cost for maintenance of the program and seen as one of Python programming advantages.

So, what are the advantages of Python that make this language special? The answer is that Python has some unique characteristics that are valuable for programmers because they make coding easier. Another advantage of Python programming is that no bug can originate a segmentation fault.

An important advantage of Python language is that it has wide applicability, and is extensively used by scientists, engineers, and mathematicians. It is for this reason that Python is so useful for prototyping and all kinds of experiments. It is used in many groundbreaking fields. It is also used when producing animation for movies and in machine learning.

The language includes a large library with memory management which is another one of the advantages of Python programming.

Advantages of using Python over other languages

C++ or any other typical scripting language might be easier to use for constructing mobile applications or games, however, Python is better for automating build systems, collecting test data, server-side applications.

Going through Python pros and cons, there is a need to highlight one of the most valuable advantages of Python language. Python has far-reaching libraries and blank designs and it’s boosting developer’s productivity.

Python has top the charts in the recent years over other programming languages like C, C++ and Java and is widely used by the programmers. The language has undergone a drastic change since its release 25 years ago as many add-on features are introduced. The Python 1.0 had the module system of Modula-3 and interacted with Amoeba Operating System with varied functioning tools. Python 2.0 introduced in the year 2000 had features of garbage collector and Unicode Support. Python 3.0 introduced in the year 2008 had a constructive design that avoids duplicate modules and constructs. With the added features, now the companies are using Python 3.5. The software development companies prefer Python language because of its versatile features and fewer programming codes. Nearly 14% of the programmers use it on the operating systems like UNIX, Linux, Windows and Mac OS. The programmers of big companies use Python as it has created a mark for itself in the software development with characteristic features like-