Python Vs PHP: What's the Difference?

In this post, you'll see the difference between PHP and Python, from which you choose the language that's right for you.

Python Vs PHP: What's the Difference?

In this tutorial, you will learn:

Python is a high level object-oriented, programming language. It has built-in data structures, combined with dynamic typing & binding which makes it an ideal choice for rapid application development. Python also offers support for modules and packages, which allows system modularity and code reuse.

It is one of the fastest programming languages as it requires very few lines of code. Its emphasis is on readability and simplicity, which make it a great choice for beginners.

PHP stands for Hypertext Pre-processor. It is a server-side scripting language. It is used to develop a dynamic website or web application. PHP can easily integrate with all major web servers on all major operating systems.

PHP is the widely-used, free, and efficient option to competitors such as Microsoft's ASP. Non-technical users can easily learn a few useful tricks to make their web pages easier to manage, and more useful. 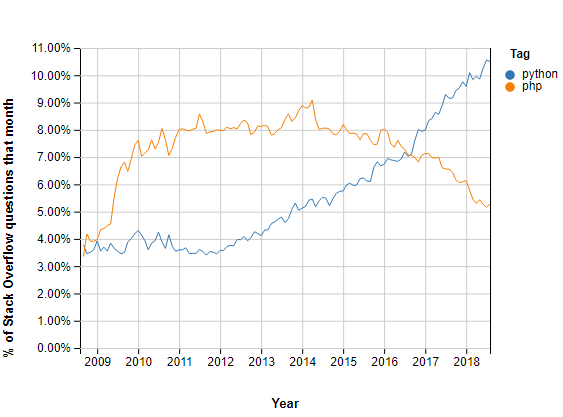 Here, are certain reasons why you should select Python:

Here, are prime reasons why you should select PHP: 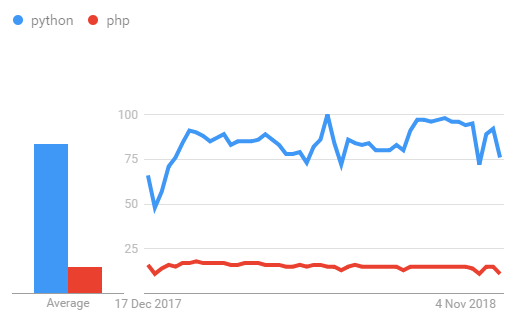 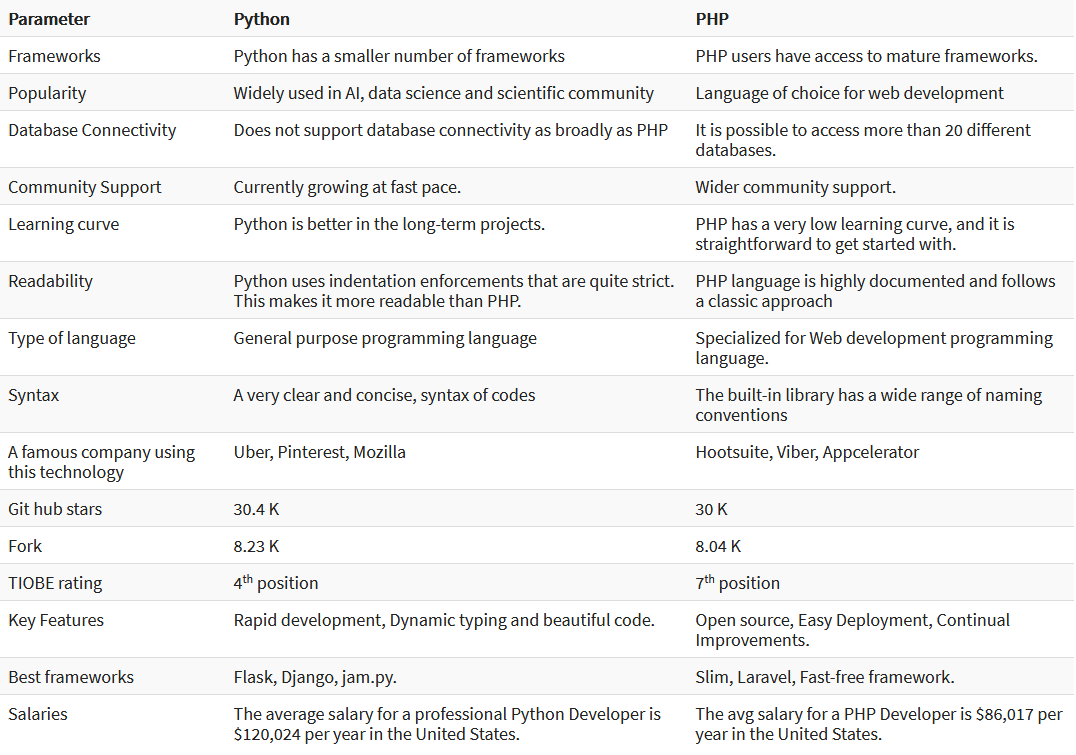 Even after comparing both of these languages, selecting one is an undoubtedly difficult task because PHP and Python both are good on their way. Python is the gateway to machine learning codes. On the other side, PHP is used for server-side scripting and web development.