Getting Started with Vuex: A Beginner’s Guide 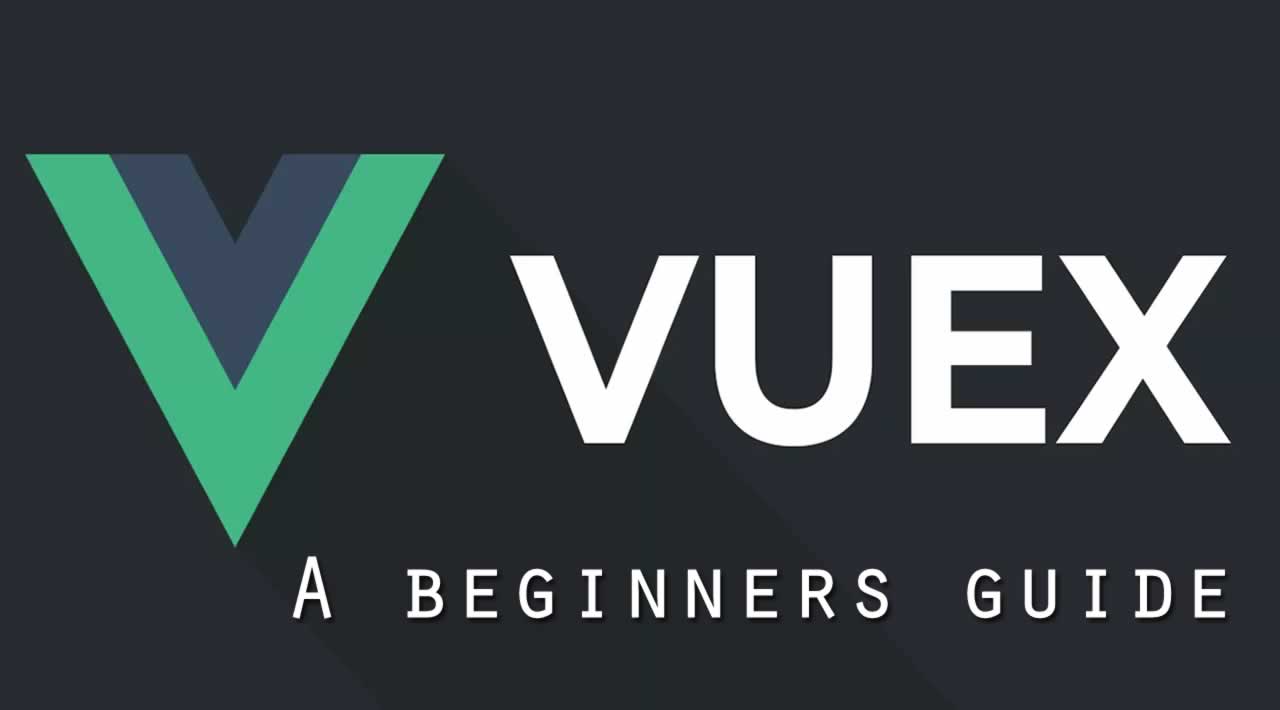 In single-page applications, the concept of state relates to any piece of data that can hange. An example of state could be the details of a logged-in user, or data fetched from an API.

Handling state in single-page apps can be a tricky process. As an application gets larger and more complex, you start to encounter situations where a given piece of state needs to be used in multiple components, or you find yourself passing state through components that don’t need it, just to get it to where it needs to be. This is also known as “prop drilling”, and can lead to some unwieldy code.

In this article, I’ll offer you a high-level overview of Vuex and demonstrate how to implement it into a simple app.

Let’s consider a real-world example to demonstrate the problem that Vuex solves.

When you go to a shopping site, you’ll usually have a list of products. Each product has an Add to Cart button and sometimes an Items Remaining label indicating the current stock or the maximum number of items you can order for the specified product. Each time a product is purchased, the current stock of that product is reduced. When this happens, the Items Remaining label should update with the correct figure. When the product’s stock level reaches 0, the label should read Out of Stock. In addition, the Add to Cart button should be disabled or hidden to ensure customers can’t order products that are currently not in inventory.

Now ask yourself how you’d implement this logic. It may be trickier than you think. And let me throw in a curve ball. You’ll need another function for updating stock records when new stock comes in. When the depleted product’s stock is updated, both the Items Remaining label and the Add to Cart button should be updated instantly to reflect the new state of the stock.

Depending on your programming prowess, your solution may start to look a bit like spaghetti. Now, let’s imagine your boss tells you to develop an API that allows third-party sites to sell the products directly from the warehouse. The API needs to ensure that the main shopping website remains in sync with the products’ stock levels. At this point you feel like pulling your hair out and demanding why you weren’t told to implement this earlier. You feel like all your hard work has gone to waste, as you’ll need to completely rework your code to cope with this new requirement.

This is where a state management pattern library can save you from such headaches. It will help you organize the code that handles your front-end data in a way that makes adding new requirements a breeze.

In this section, we’re going to build a simple counter that keeps track of its state locally. Once we’re done, I’ll go over the fundamental concepts of Vuex, before looking at how to rewrite the counter app to use Vue’s official state management solution.

A wizard will open up to guide you through the project creation. Select Manually select features and ensure that you choose to install Vuex.

Next, change into the new directory and in the src/components folder, rename HelloWorld.vue to Counter.vue:

Finally, open up src/App.vue and replace the existing code with the following:

You can leave the styles as they are.

Let’s start off by initializing a count and outputting it to the page. We’ll also inform the user whether the count is currently even or odd. Open up src/components/Counter.vue and replace the code with the following:

As you can see, we have one state variable called count and a computed function called parity which returns the string even or odd depending on the whether count is an odd or even number.

To see what we’ve got so far, start the app from within the root folder by running npm run serve and navigate to http://localhost:8080.

Feel free to change the value of the counter to show that the correct output for both counter and parity is displayed. When you’re satisfied, make sure to reset it back to 0 before we proceed to the next step.

Right after the computed property in the <script> section of Counter.vue, add this code:

The first two functions, increment and decrement, are hopefully self-explanatory. The incrementIfOdd function only executes if the value of count is an odd number, whereas incrementAsync is an asynchronous function that performs an increment after one second.

In order to access these new methods from the template, we’ll need to define some buttons. Insert the following after the template code which outputs the count and parity:

After you’ve saved, the browser should refresh automatically. Click all of the buttons to ensure everything is working as expected. This is what you should have ended up with:

The counter example is now complete. Let’s move and examine the fundamentals of Vuex, before looking at how we would rewrite the counter to implement them.

Before we go over the practical implementation, it’s best that we acquire a basic grasp of how Vuex code is organized. If you’re familiar with similar frameworks such as Redux, you shouldn’t find anything too surprising here. If you haven’t dealt with any Flux-based state management frameworks before, please pay close attention.

The store provides a centralized repository for shared state in Vue apps. This is what it looks like in its most basic form:

After defining your store, you need to inject it into your Vue.js application like this:

This will make the injected store instance available to every component in our application as this.$store.

Also referred to as the single state tree, this is simply an object that contains all front-end application data. Vuex, just like Redux, operates using a single store. Application data is organized in a tree-like structure. Its construction is quite simple. Here’s an example:

Here we have products that we’ve initialized with an empty array, and count, which is initialized with the value 5. We also have loggedInUser, which is a JavaScript object literal containing multiple fields. State properties can contain any valid datatype from Booleans, to arrays, to other objects.

There are multiple ways to display state in our views. We can reference the store directly in our templates using $store:

Or we can return some store state from within a computed property:

Since Vuex stores are reactive, whenever the value of $store.state.count changes, the view will change as well. All this happens behind the scenes, making your code look simple and cleaner.

Here’s an even simpler alternative where we can pass an array of strings to the mapState helper function:

This version of the code and the one above it do exactly the same thing. You should note that mapState returns an object. If you want to use it with other computed properties, you can use the spread operator. Here’s how:

In a Vuex store, getters are the equivalent to Vue’s computed properties. They allow you to create derived state that can be shared between different components. Here’s a quick example:

Results of getter handlers (when accessed as properties) are cached and can be called as many times as you wish. They’re also reactive to state changes. In other words, if the state it depends upon changes, the getter function is automatically executed and the new result is cached. Any component that has accessed a getter handler will get updated instantly. This is how you can access a getter handler from a component:

You can simplify the getters code by using the mapGetters helper:

There’s an option for passing arguments to a getter handler by returning a function. This is useful if you want to perform a query within the getter:

Do note that each time a getter handler is accessed via a method, it will always run and the result won’t be cached.

An important aspect of the Vuex architecture is that components never alter the state directly. Doing so can lead to odd bugs and inconsistencies in the app’s state.

Instead, the way to change state in a Vuex store is by committing a mutation. For those of you familiar with Redux, these are similar to reducers.

Here is an example of a mutation that increases a count variable stored in state:

You can’t call a mutation handler directly. Instead, you trigger one by “committing a mutation” like this:

You can also pass parameters to a mutation:

In the above example, we’re passing the mutation an integer by which it should increase the count. You can also pass an object as a parameter. This way, you can include multiple fields easily without overloading your mutation handler:

You can also perform an object-style commit that looks like this:

The mutation handler will remain the same.

Similar to mapState and mapGetters, you can also use the mapMutations helper to reduce the boilerplate for your mutation handlers:

On a final note, mutation handlers must be synchronous. You can attempt to write an asynchronous mutation function, but you’ll come to find out later down the road that it causes unnecessary complications. Let’s move on to actions.

Actions are functions that don’t change the state themselves. Instead, they commit mutations after performing some logic (which is often asynchronous). Here’s a simple example of an action:

Action handlers receive a context object as their first argument, which gives us access to store properties and methods. For example:

You can also use argument destructing to extract the store attributes you need for your code. For example:

As mentioned above, actions can be asynchronous. Here’s an example:

In this example, the mutation is committed after 1,000 milliseconds.

Like mutations, action handlers aren’t called directly, but rather via a dedicated dispatch method on the store, like so:

You can dispatch an action in a component like this:

Alternatively, you can use the mapActions helper to assign action handlers to local methods:

Now that we’ve had a look at the core concepts of Vuex, it’s time to implement what we’ve learned and rewrite our counter to make use of Vue’s official state management solution.

If you fancy a challenge, you might like to have a go at doing this yourself before reading on …

When we generated our project using Vue CLI, we selected Vuex as one of the features. A couple of things happened:

To convert our “local state” counter app to a Vuex application, open src/store.js and update the code as follows:

Here we can see how a complete Vuex store is structured in practice. Please go back over the theory part of this article if anything here is unclear to you.

Next, update the src/components/Counter.vue component by replacing the existing code within the <script> block. We’ll switch the local state and functions to the newly created ones in the Vuex store:

The template code should remain the same, as we’re sticking to the previous variable and function names. See how much cleaner the code now is.

If you don’t want to use the state and getter map helpers, you can access the store data directly from your template like this:

After you’ve saved your changes, make sure to test your application. From an end-user perspective, the counter application should function exactly the same as before. The only difference is that the counter is now operating from a Vuex store.

In this article, we’ve looked at what Vuex is, what problem it solves, how to install it, as well as its core concepts. We then applied these concepts to refactor our counter app to work with Vuex. Hopefully this introduction will serve you well in implementing Vuex in your own projects.