What is a Crypto Mining Pool, & how does it work? | CoinGabbar Blogs

When Bitcoin was introduced in 2008, its mining was way more profitable than it is today. It was much easier to mine bitcoins and get block rewards. However, with more people chasing the block rewards, bitcoin's mining process has become more difficult over time as it requires more computational power. This same principle applies to other proof-of-work-based cryptocurrencies too.

Furthermore, due to the Bitcoin halving concept, block rewards are reduced by half every four years. It makes the mining process less rewarding for individual miners. Miners also have to buy expensive computational resources such as GPUs or ASICs to get block rewards.

It is now becoming impossible for a single piece of personal computing equipment to successfully mine a block due to the evolving difficulty of the mining algorithm. Here comes the concept of a crypto mining pool. Individual miners are grouped to increase the chance of receiving a block reward. Let’s have a  detailed look at the mining pool and how it works.

What is a Crypto Mining Pool?

A cryptocurrency mining pool is a group of miners who collaborate as one entity to increase their chances of mining a block and share rewards in proportion to the computing power they contribute toward mining a block. Members of the mining pool who present a valid partial proof-of-work receive a "share."

This idea came a long time ago, in 2010, when Slush Pool was established as the first Bitcoin mining pool. Since then, there have been many popular mining pools for cryptocurrencies like Ether (ETH), Bitcoin Cash (BCH), Litecoin (LTC), Monero (XMR), Zcash (ZEC), and many more.

The mining pools provide information on aspects such as the mining hardware's status, the current hash rate, estimated earnings, and other parameters that allow crypto users to consistently participate in the mining process of a specific cryptocurrency and earn rewards in proportion to the computing power contributed.

Mining in pools began when the difficulty of mining increased to the point where slower miners could take centuries to generate a block. Miners pool their resources to generate blocks faster and thus receive a portion of the block reward consistently, rather than once every few years. Germany: 44% Will Invest in #Crypto and Join ‘The Future of Finance’

Germany was the first country to recognize #Bitcoins as “units of value” and that they could be classified as a “financial instrument.”

Legal regulation for the decentralized industry in Germany is ongoing. Now, 16% of the German population 18 to 60 are #crypto investors.

41% of these #crypto investors intend to increase the share of their investments in #crypto in the next six months. Another 13% of Germans are #crypto-curious.

They intend to invest in #cryptocurrencies too. Yet, only 23% of the #crypto-curious said they are highly likely to invest, with the rest remaining hesitant.

How To Create a Developer Blog on DevDojo

Nowadays, creating a blog is easy. But, with all the different options available, you might go crazy by just doing the research.

Should you choose WordPress and tweak the theme to get it the way you like, or a static site generator with no admin interface and complicated build processes?

All you want is a simple blog where you can write about the shit you love.

So why can’t it be simpler? Well, now it is with the DevDojo Dev Blog! 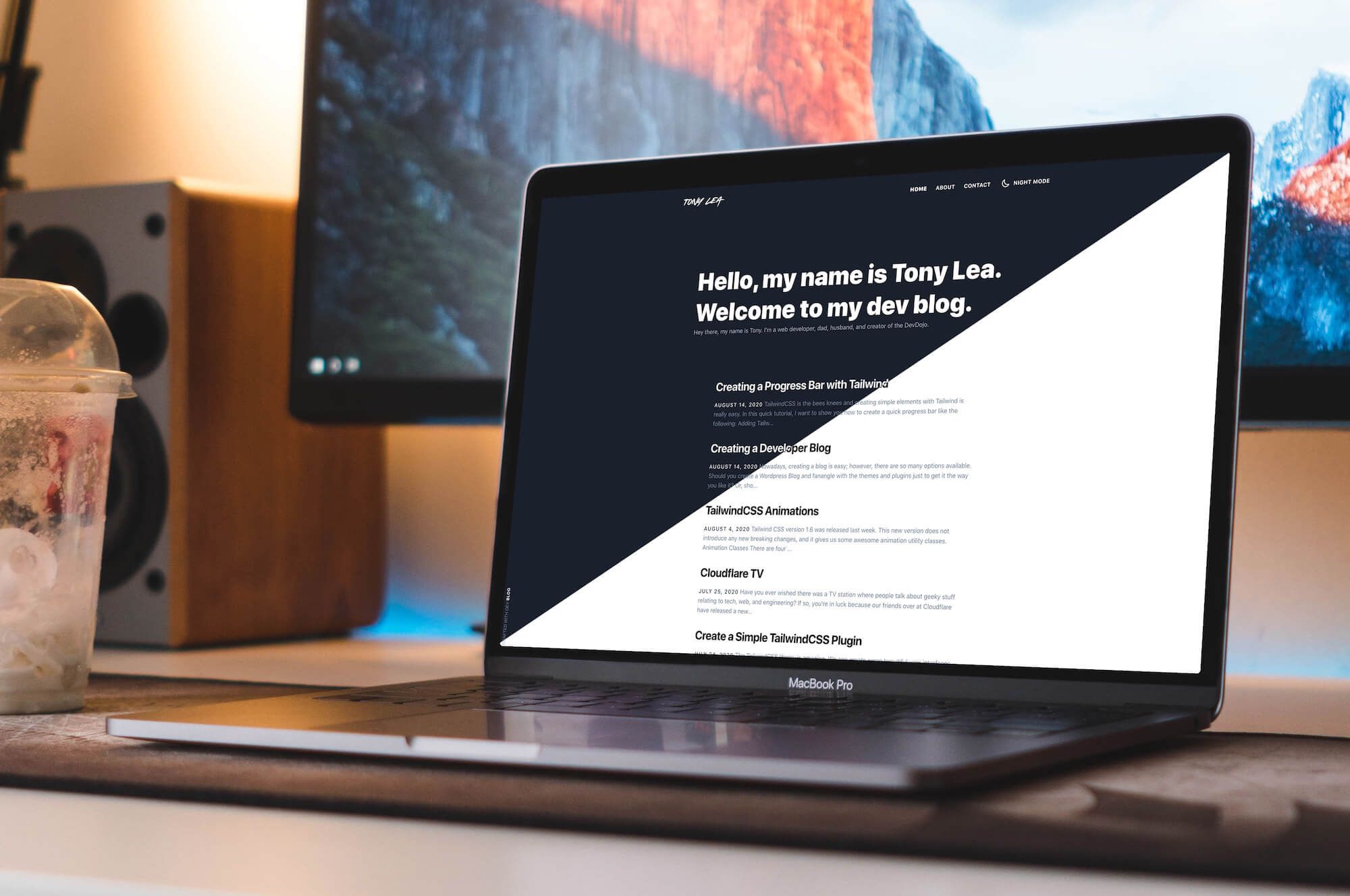 Setting up a Domain

Your Dev Blog will have a default subdomain username.devdojo.com, and you may choose to add a custom domain as well.

If you wish to use a custom domain, add a CNAME record to your Cloudflare DNS, with your subdomain in the CONTENT section. Wait a few minutes and you’ll have your custom domain resolving in minutes.

Want a video on how to do this, You got it!

At the moment of writing this, there are 2 themes you can choose from (many more to come). Each theme will have a light/dark mode and is built for speed! 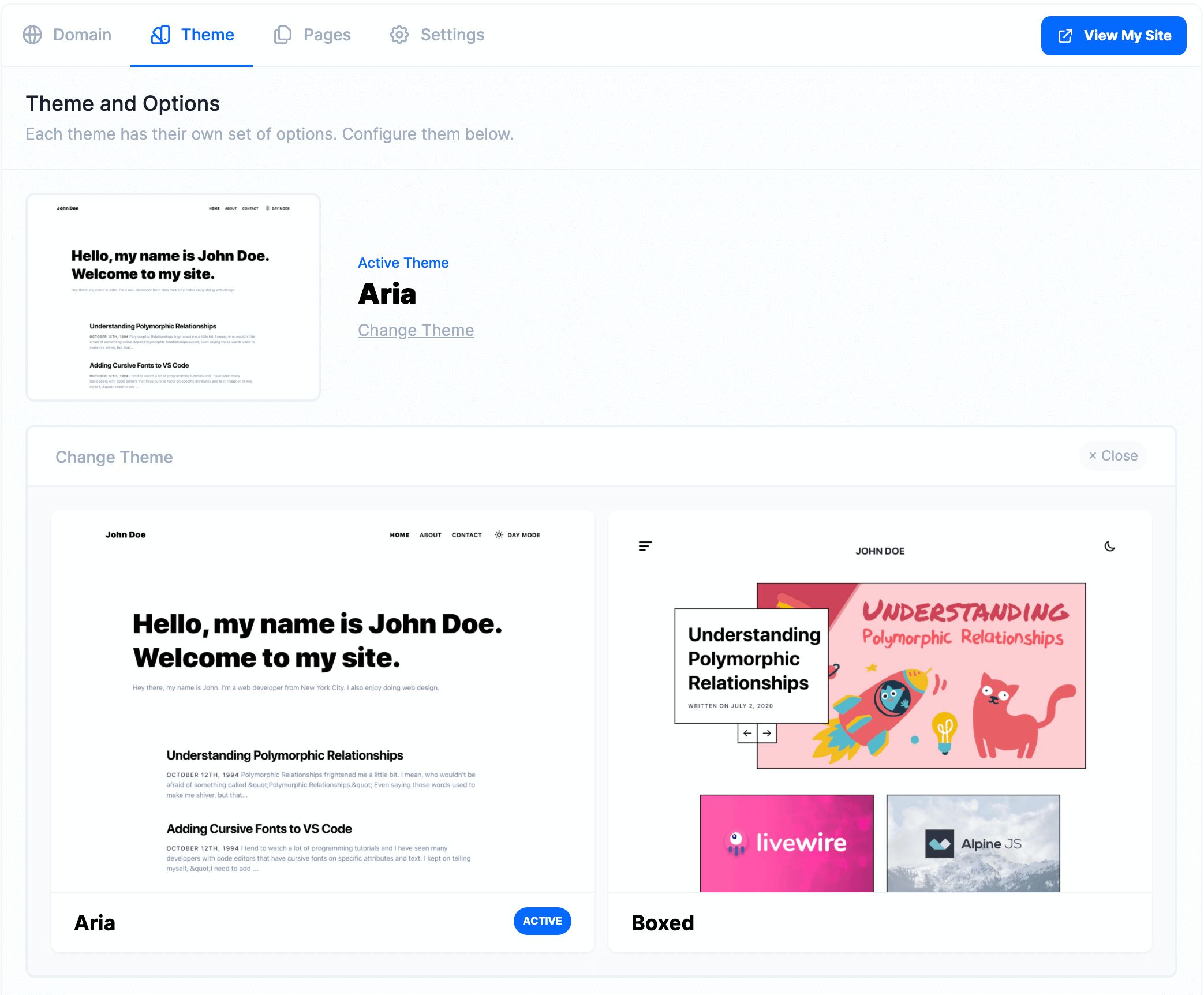 Themes are built using the awesome TailwindCSS library. If you pair that with PurgeCSS, minimal javascript, and Cloudflare caching. That’s just a recipe for a fast website.

📺 The video in this post was made by 99Bitcoins
The origin of the article: https://www.youtube.com/watch?v=n2Vv25nszVo
🔺 DISCLAIMER: The article is for information sharing. The content of this video is solely the opinions of the speaker who is not a licensed financial advisor or registered investment advisor. Not investment advice or legal advice.
Cryptocurrency trading is VERY risky. Make sure you understand these risks and that you are responsible for what you do with your money
🔥 If you’re a beginner. I believe the article below will be useful to you ☞ What You Should Know Before Investing in Cryptocurrency - For Beginner
⭐ ⭐ ⭐The project is of interest to the community. Join to Get free ‘GEEK coin’ (GEEKCASH coin)!
☞ **-----CLICK HERE-----**⭐ ⭐ ⭐
Thanks for visiting and watching! Please don’t forget to leave a like, comment and share! Xfinity, the tradename of Comcast Cable Communications, LLC, is the first rate supplier of Internet, satellite TV, phone, and remote administrations in the United States. Presented in 2010, previously these administrations were given under the Comcast brand umbrella. Xfinity makes a universe of mind boggling amusement and innovation benefits that joins a great many individuals to the encounters and minutes that issue them the most. Since Xfinity is the greatest supplier of link administrations and home Internet in the United States, it isn’t amazing that the organization gets a ton of investigating and inquiry goal demands on its telephone based Xfinity Customer Service.