How to Build a Cipher Machine with JavaScript 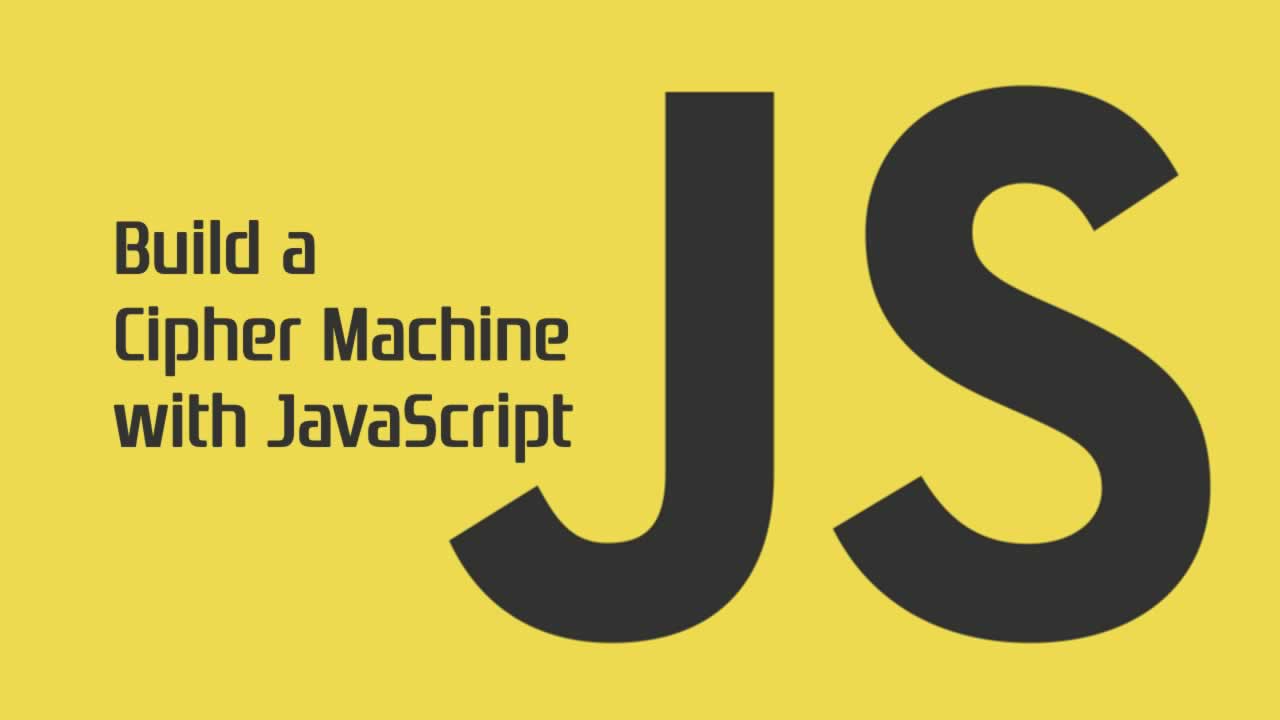 Here's a quick tutorial to build a cipher machine using the JavaScript skills that are covered in my book, JavaScript: Novice to Ninja.

Turing occupies a special place in the hearts of computer nerds for effectively writing the blueprints for the computer. He also helped to break the notoriously difficult naval Enigma code used by the Nazi U-boats in World War II. In honor of this I decided a quick tutorial to build a cipher machine using the JavaScript skills that are covered in my book JavaScript Novice To Ninja.

The cipher we’ll be using is the Caesar cipher, named after the Roman emperor, Julius Caesar. It is one of the most simple ciphers there are and simply shifts each letter along a set number of places. For example, the phrase ‘Hello World’ would become ‘KHOOR ZRUOG’ using a shift of 3 (which it is the shift that Julius Caesar is thought to have used). 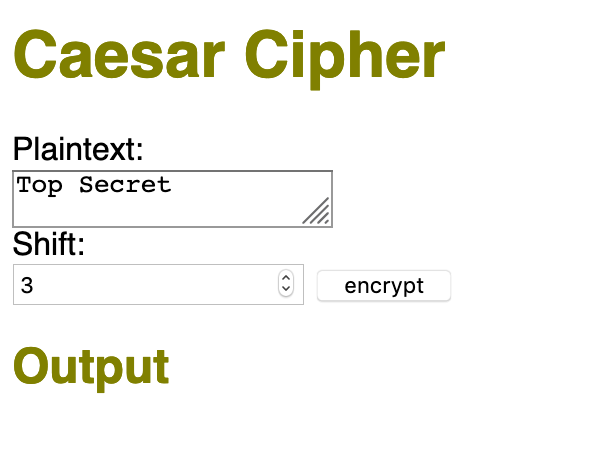 You can see an example of the finished code here. Have a play around at writing some secret messages to get a feel for how it works.

To get started, fire up your favorite text editor and save the following as caesar.html:

This is a standard HTML page that contains a form with a text area for entering our message. There’s also an input field with a type attribute of number which most browsers will display with stepper arrows, allowing users to increase or decrease the value. We can also limit the values from 1 to 26 and set the default to be 3 (in honor of Caesar). There’s also an empty div element at the bottom with an id of output which we’ll use to display the encrypted message.

Forms are covered in chapter 8 of the book.

Now let’s get on and write the JavaScript code to do the encrypting!

Create a file called main.js and save it in the same folder as the caesar.html file.

We’ll start by creating a global variable called alphabet. This will be an array that stores every letter of the alphabet:

This array will be useful for locating where letters are in the alphabet and shifting them along a set number of places. It also means that we can use alternative alphabets by simply updating this variable.

Now we need a way of accessing the various parts of the page. For this, we’ll use the Document Object Model, or DOM:

This code uses global variables to reference the form element and the div element that will display the encrypted message. This will make it easier for us to refer to these elements in the code later.

The DOM is covered in chapter 6 of the book.

When someone enters the message they want to encrypt, they press the submit button and it will display the encrypted message. We need to use an event handler that will fire when the submit button is pressed and give us access to what has been written in the textarea.

Events are covered in chapter 7 of the book.

There’s quite a bit going on inside this event handler, so let’s have a more detailed look at each line:

This is used to prevent the default behaviour of submitting the form, as we don’t actually want it to be submitted to a server.

This line updates the innerHTML property of the output div with the encrypted message. The message contained inside the textarea can be accessed using form.plaintext.value. This is a string containing various characters that were entered by the user. We convert this string into the encrypted message by chaining a number of methods together.

First of all, we use the spread operator ... to turn the string into an array. Then we use the map method to iterate over each character and apply the encrypt function to transform it into another character.

Finally, we use the join('') method to convert the array back into a string that can be displayed in the output div.

All that’s left to do is for us to write the encrypt() function that is used by the map method in the event handler above. This is the code that will apply the Caesar cipher:

This function accepts a character as an argument and then returns the encrypted character.

Functions are covered in chapter 4 of the book.

It starts by assigning the value of the shift input field from the form to the the variable shift. This can be accessed using the code form.shift.value. All values entered in a form are submitted as strings, so we need to change the type of this variable to a number using the Number() function. This will then allow us to perform arithmetic and other number methods with it.

If the character is in the alphabet array, then we can proceed and encrypt it. If it isn’t, then we simply return the character as it is (this allows us to deal with spaces and punctuation marks).

The encryption code returns an element from the alphabet array:

First of all, we use the indexOf() array method to find out the index of the character in the alphabet array. This is stored in the variable position. Next we find the position of the encrypted character, by adding the value of shift to the index. We also use the modular operator, %, to use arithmetic ‘mod 26’. This means that any value that is over 25, will ‘loop back’ to the start of the array, 26 will go to 0, 27 to 1, 28 to 2 etc. This means that The letter ‘X’ with a shift of 3 will go back to the start of the alphabet and map to ‘A’. This value is stored in the newPosition variable.

And that’s all the code we need! Have a go at typing a message into the textarea, hit ‘submit’ and you’ll see your secret message appear below.

The beauty of using a separate encrypt() function is that we can update this to use a different encryption method at any time without having to change any other part of the code.

The Caesar cipher is probably one of the most basic ciphers, although it was the basis of the Enigma code. Perhaps you could experiment with using different ciphers in the encrypt() function and maybe even update it to mimic an Enigma machine?

☞ You Only Need 20 Percent to Become an Effective Developer

☞ How to Send the Email Using the Gmail SMTP in Node.js