How to Create DataFrame in Python 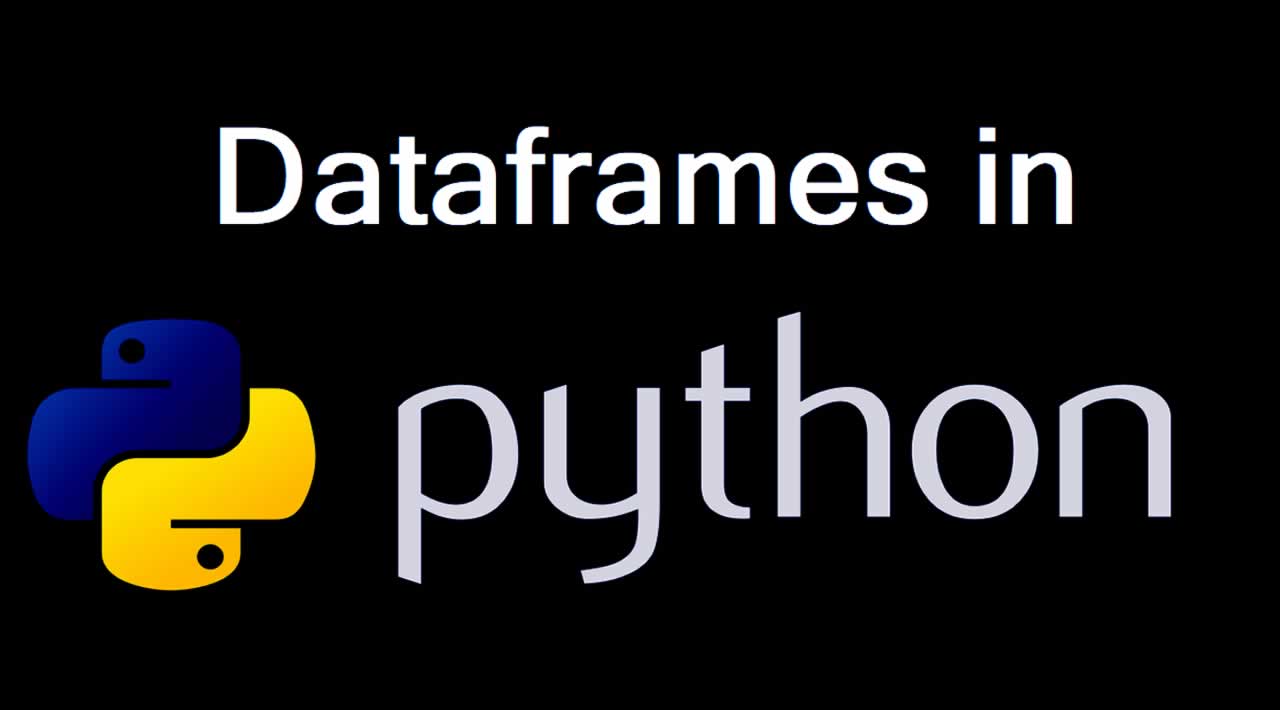 In this article, we will learn about DataFrames in Python and how we can create it.

Python provides data structures like Series, DataFrame, Pandas. In this article, we are going to read about DataFrames.

As we know, Python also supports Data Structure. For new and beginners, let’s first discuss what Data Structure is. A data structure is basically a way of storing data in such a way that it can be easily accessed and worked with, like,

In a similar fashion, Python also provides some data structures.

In this article, we will know about DataFrame.

There are a lot of ways for creating DataFrames, like,

Series is a Pandas data structure that represents a 1-Dimenisonal Array like object containing an array of data and an associated array of data labels, called index. We can also create DataFrame from it. Like,

Note Index must be same for all Series.

The output of the above code is mentioned below.

As we can see in the output, it generates the index and keys of 2-D dictionary (which become columns).

We can also change the index value by passing the index in DataFrame(), like

Note Index value must be the same length of rows, otherwise, it generates an error.

While creating a DataFrame with 2-D nested dictionary -

As we can see, the output that it automatically gives row indexes and column indexes which started from 0. We can also change column name and row name like,

See the output after executing above command,

Note If number of elements in each row different, then Python will create just single column in the dataframe object and the type of column will be consider as Object, like,

4. Creating DataFrame from another DataFrame

We can also create a new DataFrame by existing DataFrame. Like

Now, we have learned about DataFrames in python and how we can create it. After reading this article, I hope we are able to create DataFrame in python.

All the queries related to this article and sample files are always welcome. Thanks for reading.!!! 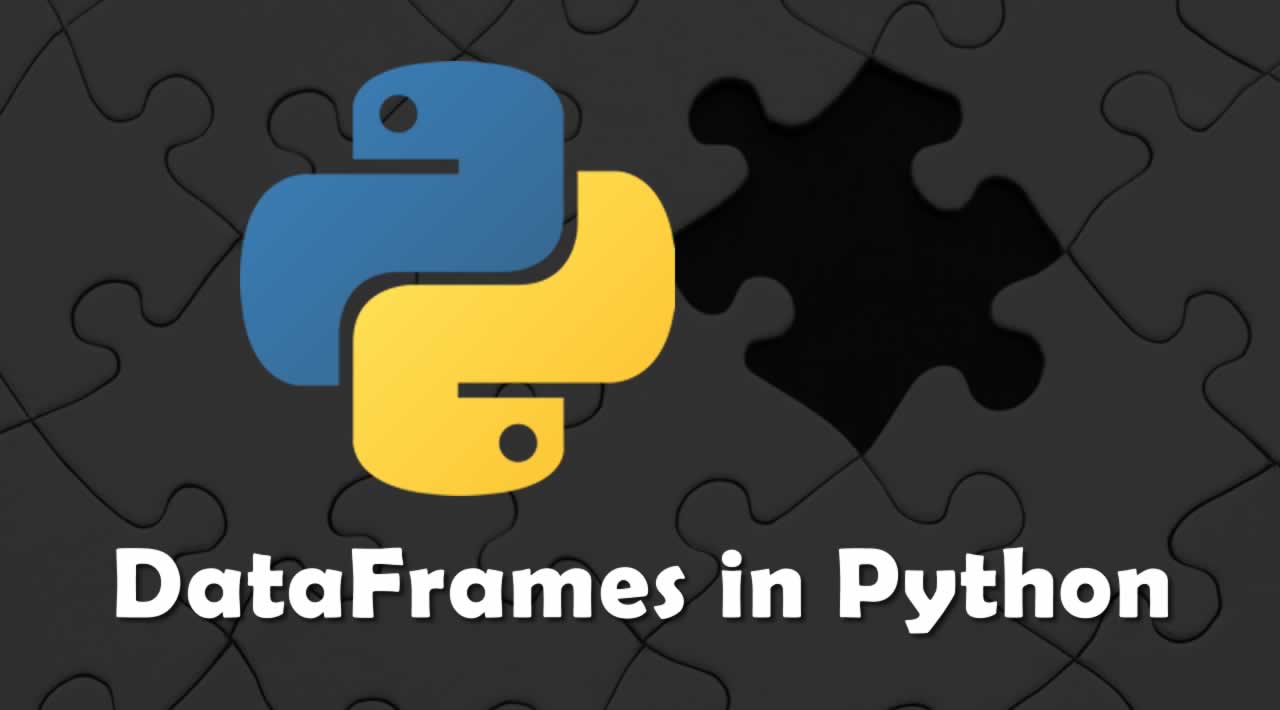 A DataFrame is a two-dimensional data container, similar to a Matrix, but which can contain heterogeneous data, and for which symbolic names may be associated with the rows and columns. In this post, we learn about DataFrames and how it works

A DataFrame is a two-dimensional data container, similar to a Matrix, but which can contain heterogeneous data, and for which symbolic names may be associated with the rows and columns. In this post, we learn about DataFrames and how it works

Dataframes are going to be the main tool when working with pandas.

Python Pandas should be installed in the system, else, you can install it using,

(If you have installed python directly by going herenloadshttps://www.python.org/downloads/))

(if you have Anaconda distribution of python)

DataFrames and how they interact with pandas

DataFrames are the workhorse of pandas and are directly inspired by the R programming language. We can think of a DataFrame as a bunch of Series objects put together to share the same index. Let's use pandas to explore this topic.

To generate some random numbers, we use seed here.

If you are using jupyter notebook, press shift+tab after df = pd.Dataframe, and you will see this,

Check out the docstring and the initial signature for this PD dataframe. We have a data argument, index argument just like Series but then we have this additional Columns argument.

So, basically what we have here is a list of columns w x y z and corresponding rows A B C D E. Each of these columns is actually a panda series such as W or X or Y or Z and they all share a common index. Data frame is a bunch of series that share an index.

Let’s grab data from a DataFrame.

You can check the type using,

which will give pandas.core.series.Series result.

You can also check,

which will give pandas.core.frame.DataFrame result

If you want to select multiple columns,

For creating a new column from the summation of already existing columns, use,

For removing columns, you can just do,

Here, you can use shift + tab to check what axis actually refers to. Axis = 0, which is by default is for rows, whereas, Axis = 1 refers to columns. So, here we use axis=1 because we wanted to drop a column.

Note: ‘new’ column still exists, because pandas has this special property, you have to use ‘inplace’ argument to retain this change. The reason pandas does that is because it does not want you to accidentally lose information. So, use inplace=True.

A Quick Question: Why are the rows 0 and why are the columns 1?

The reference actually comes back to numpy. Data frames are essentially index markers on top of a numpy array. Use df.shape() which results a tuple (5, 4). For a two-dimensional matrix, at the 0 index are the number of rows (A,B,C,D,E) and then on the index 1 are columns (W,X,Y,Z); which is why rows are referred to as the 0 axis and columns are referred to as 1 axis because it's directly taken from the shape same as numpy array.

There are two ways to select rows in a data frame and you have to call a dataframe method for this.

Select based on label

Select based on the position

Note Not only are all the columns series but the rows are series as well.

Selecting subsets of rows and columns

For selecting a particular value, use,

A very important feature of pandas is the ability to perform conditional selection using bracket notation and this is going to be very similar to numpy.

As you can see wherever the value is negative, not satisfying the condition, a NaN has been returned.

Now, what is important is, instead of returning NaN we will return only the rows or columns of a subset of the data frame where the conditions are true.

Let's say we want to grab the data frame where the column value is W>0 and we want to extract Y column. We can also select a set of columns such as Y and X, after applying the condition. See below,

For more than one condition, we can use | or &. Remember that we cannot use python’s and/or here.

In order to reset the index back to the default which is 1234....n, we use the method reset_index(). We will get the index, reset to a column and the actual index converted to a numerical. But it will not retain the change if you don’t use inplace=True. Pandas use this inplace argument in many areas, just shift+tab(if using jupyter notebook) and you will get to see it.

For setting a new index, first, we have to create a new index. We are using the split() method of a string, which is just a common method for splitting off a blank space. It’s a quick way to create a list,

Now, put this list as a column of the dataframe.

If we want to use this State column as the index, we should use,

Hope, you have enjoyed reading about DataFrames thus far. There's more to come in an upcoming article on DataFrames with something more interesting.