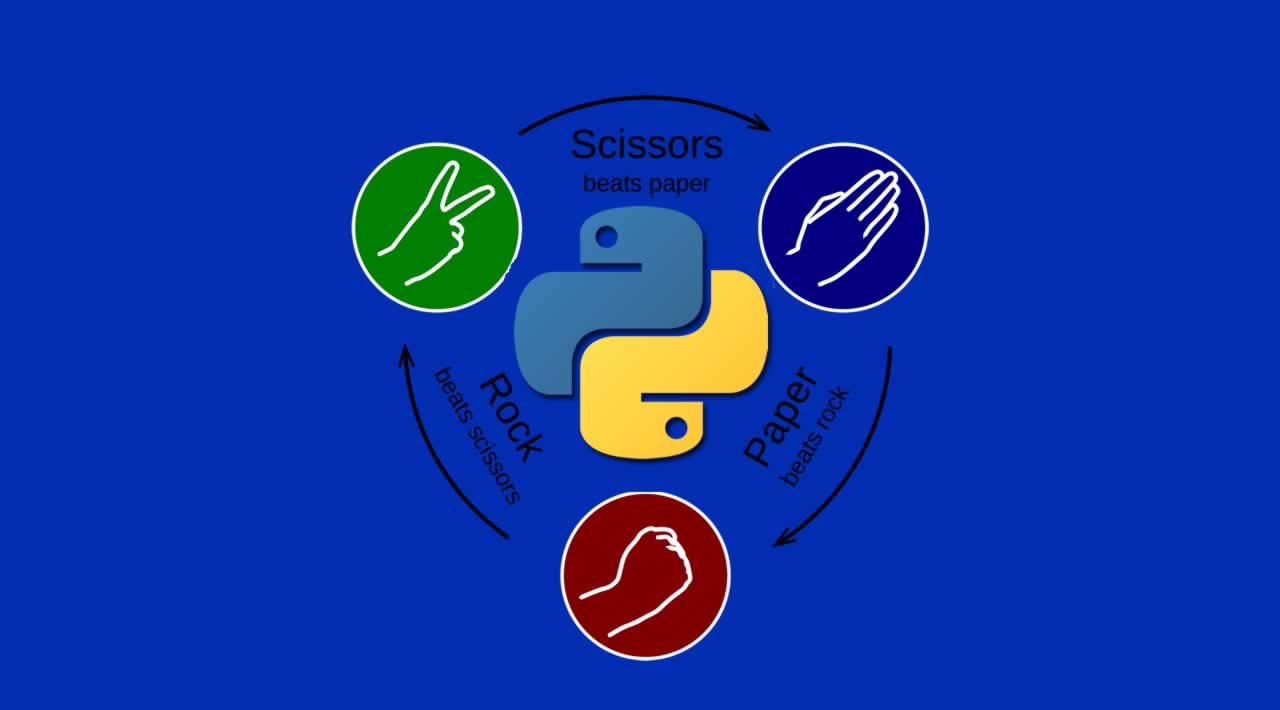 Get a handle on Conditional, Assignment, and Comparison Operators in Python.

In this article, we will discuss Python Operators and Conditions, their syntax and different ways to use them in order to create a game of Rock, Paper, Scissors.

Operators are symbols or statements that manipulate the value of operands.

The integers "10 " and "3 " are operands (which are also referred to as variables), while "*" is the operator that performs the action of multiplication. It’s important to understand that the use of these operators are not solely limited to operations like addition or multiplication. Some operators can be used for comparisons or to confirm whether a statement is true or false.

For example, in the previous paragraph, I wrote, “The integers ‘10 ’ and ‘3’ are operands…”. In this example, the word "and" just became the operator, since it compared the two integers. We will be making use of the Logical Operators in one of our games.

For examples and in-depth details on these operators, Programiz is an excellent resource that I recommend checking out.

Conditional Statements, also referred to as If…else statements are used to control the flow of an operation. In order to accomplish this, we make use of the boolean values true and false — if a statement is true, then do this, otherwise, do this.

To illustrate this let’s start with our basic game of rock paper scissors.

We’ll begin by defining a function, "basicRPS" that will take two arguments, Player One's hand (p1) and Player Twos hand (p2). Once we’ve got the basics down, we’ll add a little logic to our game so that we can play against the computer.

Our first step is to identify and comment the rules of our game.

From our description, we know that there are three options that both users can choose from: Rock, Paper or Scissors. Depending on each player's choice, we will receive a winner. Now, if both users play the same hand, then the result is a draw. Since a draw cancels out the operation, let's use this as our first condition.

You’re probably thinking, "Wait a minute. Why are there two ‘=’ signs?" Well, I’m glad you asked. In Python "=" is considered an Assignment Operator, while "==" is considered a Comparison Operator.

Assignment Operators are used to assign and reassign the value of a given variable. For example:

Comparison Operators tell us if a statement is true or false. Consider the following:

You’re probably thinking, “If 'a' and 'b' are both '5,' why did Python return false?” Well, it’s simple really. When we assign a value, we also assign the type of value. Take a look.

When the comparison operator asks if "a" is equal to "b", it’s really asking if "a" is really the same type and value as "b"? By surrounding the "5" with quotation marks, I assigned the type of value to string resulting in false.

With that said, let's get back to our game.

We asked, "is Player1’s hand Equaled to Player2’s hand?" We add the "title()" method to account for caps. If the result is true, we return "Draw". If the result is false, the program continues to run. Now, we need to decide what happens if both players make unique calls. We’ll accomplish this using the "elif" statement.

By adding our logic we decide, "If player1 chooses rock ‘and’ player2 chooses paper, then player2 wins." By using the "elif" statement, we tell Python, "if the last statement returned false then run this." In Python, the "and" operator is called a Logical Operator. In order for the program to return true, both statements must be true. If either one is false, then the program will return false. From this point, we’ll go ahead and, using the same logic, decide what happens in the event the user chooses paper and scissors.

There you have it! A basic game of Rock, Paper, Scissors. At this point, we have a pretty good understanding of the logic involved. Let’s take it a step further and adjust our code so that we can play against the computer.

In order for us to play against the computer and have a fair game, we’ll need to import choice from the random module.

The choice model allows us to import a random element from a given list. In our case the list will be one of our three options. Before we implement our logic lets define our function and assign our variables.

First, we created a dictionary called beats with a key-value pair of outcomes (Key beats Value). Using the same dictionary, we call the choice method on a list of hands that are equal to the keys in the "beats" dictionary. Our last variable, "playerHand" assigns the user input as its value.

As a result of this basic setup, we can implement our logic.

This may or may not take you a few passes to make sense of. Let's quickly work our way through this one just in case.

The value for the key "rock" is scissors

If the computer randomly chooses "scissors," then "Player" wins because rock beats scissors. Easy enough right? Now, we just need to add the "elif" statement in the event that the computer wins.

Just like before, if the value for the key (computer's hand) is the same as the player's hand, then the computer wins. Now, our last step is to account for a draw.

This step is basically to say that if none of the other two statements are true then return "draw." And there you have it! You just programmed an interactive game of Rock, Paper, Scissors.

If you enjoyed this article and want to see other projects just like it in the future, please leave a comment below. Until next time!