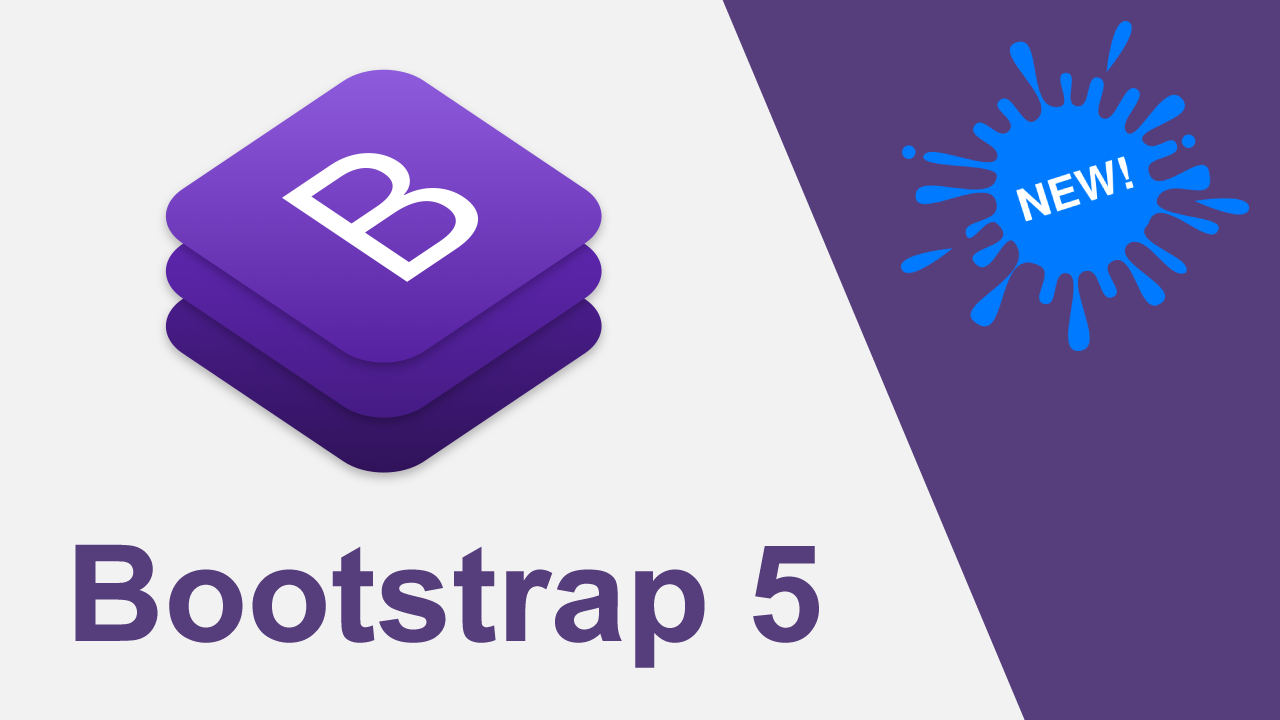 Bootstrap is one of the open source that many developers love. So what do we expect of the new changes when Bootstrap 5 is released?

Bootstrap is one of the open source that many developers love, including me. So what do we expect of the new changes when Bootstrap 5 is released?

In Bootstrap 5: jQuery will be removed.

jQuery is a fast, small, and feature-rich JavaScript library. It makes things like HTML document traversal and manipulation, event handling, animation, and Ajax much simpler with an easy-to-use API that works across a multitude of browsers. With a combination of versatility and extensibility, jQuery has changed the way that millions of people write JavaScript.

However, with the trend of writing Single Page App with React, Angular, Vue..., jQuery has not been popular anymore. So Bootstrap 5 will completely remove jQuery.

Bootstrap 5 remaining to do after the jQuery removal #28342

Bootstrap’s side project RFS is a unit resizing engine which was initially developed to resize font sizes (hence its abbreviation for Responsive Font Sizes). Nowadays RFS is capable of rescaling most CSS properties with unit values like margin, padding, border-radius, or even box-shadow.

The mechanism automatically calculates the appropriate values based on the dimensions of the browser viewport. It will be compiled into calc() functions with a mix of rem and viewport units to enable the responsive scaling behavior.

Any other property can be passed to the rfs() mixin like this:

!important can also just be added to whatever value you want:

When you don’t want to use the includes, there are also two functions:

In this example, we use one of Bootstrap’s built-in responsive breakpoint mixins to only apply styling below the lg breakpoint.

Add Full-Screen size to Modal and Responsive variations for breakpoints

Set gutter width in rem instead of px

The gutter width is now 2rem instead of 30px. This way we 'll be able to use the spacing utilities to align things with the grid.

Change approach on how column paddings are set

The col classes were extended lead to this list of 60 selectors in v4. By using .row > *, we can simplify this a lot. This change will apply paddings to all children of .row. Specificity won't be influenced by this change.

Columns: switch to width instead of flex-basis and max-width

Just using width has the benefit the .col-* classes can be used without the need of a .row class. This is also how the primer works.

This also provides a solution for sizing utilities #21943. Because we only set paddings to direct children of .rows, the cols won't have any padding whenever they're not in a .row.

These gutter classes can be added to the .row and influence the negative margins on the row and the padding on the columns.

Responsive variants are also available to get control per breakpoint. With this change we might consider ditching (or disable by default) the negative margins which increase our filesize quite a lot.

How do the gutters work?

The way the gutters are set in horizontal direction is kept the same as in v4 (negative margins on the row and paddings on the columns). The vertical gutters work a little different. Margin is added to the top of each column and to counteract the top margin, a negative margin is added to the row. We use margins instead of paddings to prevent overlapping issues (like we have with the horizontal paddings).

In v4, .rows couldn't be nested, once you tried to add a .row to a .col-*, the margins and paddings caused some conflicts. By removing the paddings & margins form nested rows (.row > .row), we can nest rows in a more flexible way.

@include list-unstyled() is added to the .rows by default. This way, you won't need to add .list-unstyled to <ul class="row">s.

.form-inline is removed in favor of the more flexible grid. The children can now be wrapped in .col-md-auto divs when needed. With the gutter classes, we can have easier control over the vertical spacing instead of using the responsive margin utilities.

We currently have as well card decks as the grid system, but our grid offers more responsive control, so there's not really a reason to keep the decks.

The grid also covers this case.

Not sure which day is certain, but with the workload completed, Bootstrap 5 is likely to be released sometime in Q4 2020. Let's wait.

In simple terms it is a piece of software which allows you to write an online diary on a website. Your last entry, called a post, is displayed on the front page, or the home page, of the site.

In this article, we are going to build a landing page of the website, that will be a fully functional responsive website using the Bootstrap 4. You will also learn about how to build a UI.

Devices today come in all shapes and sizes and a designer must keep that in mind when creating an app or a website! Bootstrap 4 comes with a multitude of different options to create more responsive websites to help simplify the process of development.

Bootstrap 4 is a popular HTML, CSS, and JS framework that simplifies the process of creating websites from scratch. It offers a range of tools and pre-built libraries to shave off hours from your creation.

You will get step by step guide

I hope this has been helpful for you guys in understanding how to create landing page using Bootstrap. Goodluck! 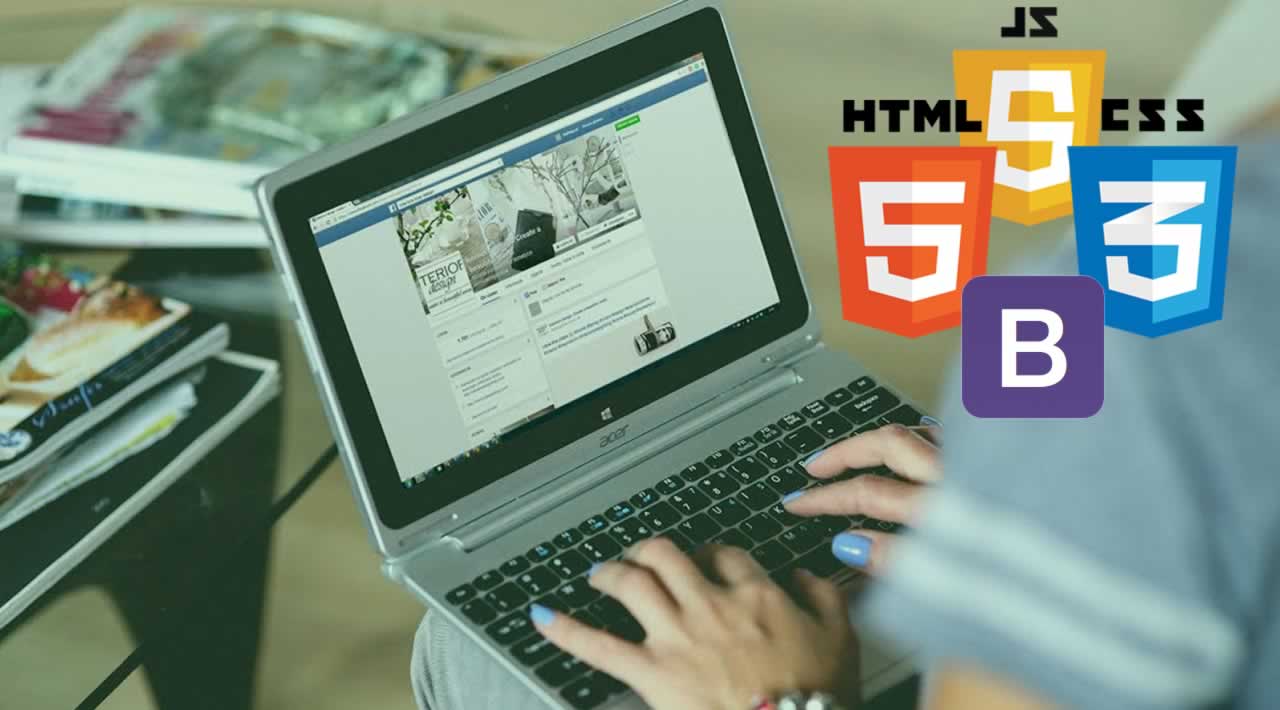 Welcome, to the best video on complete HTML and CSS Course with one Project in one video in 2020. In this HTML CSS tutorial for beginners, you'll learn the fundamentals of web development(HTML and CSS), along with best practices and professional problem-solving techniques using Developer Tools. Now, What is HTML & CSS 2020?

Welcome, to the best video on complete HTML and CSS Course with one Project in one video in 2020. In this HTML CSS tutorial for beginners, you'll learn the fundamentals of web development(HTML and CSS), along with best practices and professional problem-solving techniques using Developer Tools. Now, What is HTML & CSS 2020?

HTML is the foundation behind all web pages. It’s used to add structure and form to text, images, and more. CSS is the language used to style HTML content. In this complete HTML CSS course, I have a special 20 minutes challenge also, Where I will create one header of a website using pure HTML and CSS 2020. 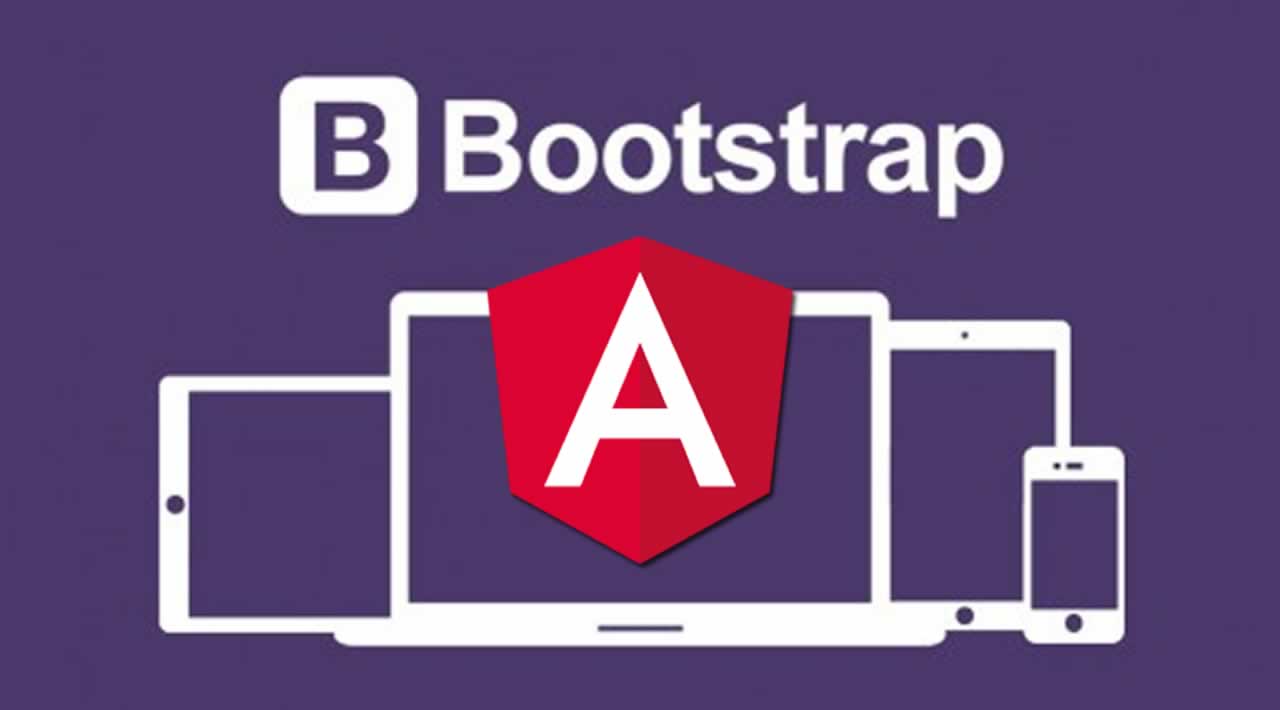 Learn Efficient Ways To Install Bootstrap In Your Angular Project

In this tutorial you will have learned the concepts listed below:

Check your D: drive and the csharpcorner folder will be created.

Now go ahead and create a new Angular project with the below command:

We are creating a new Angular application with ng new command and the application name in TaskManager. Now we  are required to specify style options whether we want to use CSS, SASS, SCSS, etc. If you look at our command above we are using -style=scss command to add the styles. In order to add the routing to our application we need to give --routing as shown above. When the application is created it will try to install all npm packages, so to skip those installations we have to add --skip-install text in our command.

You can check your csharpcorner folder and see the application is created, it looks like below.

Install NPM Packages by running the below command, this will install the essential packages to run the Angular application.

So far, we have learned,

Now, let' see how we can install Bootstrap in our new brand angular project

Install jquery package because bootstrap works on jquery, run this command in the command prompt,

Next, install another package called popper.js, so the command is,

Additionally, in our article, we shall use font-awesome which provides a large set of icons,

After installing all the above, we have to add these files in angular.json file in styles and scripts components as shown below,

Now we have loaded essential CSS/javascript files that are required to run bootstrap.

Finally, we are done adding bootstrap files to our Angular project. Now let me show you how to add a Navigation bar to our new brand angular application. Get "app.component.html" and create nav tag and the below code in the nav tag,

Now go back to command prompt window and run ng serve --open command again to see the result as below with maximized window,

In this article, we learned,

Would you tell us how you feel about this article?