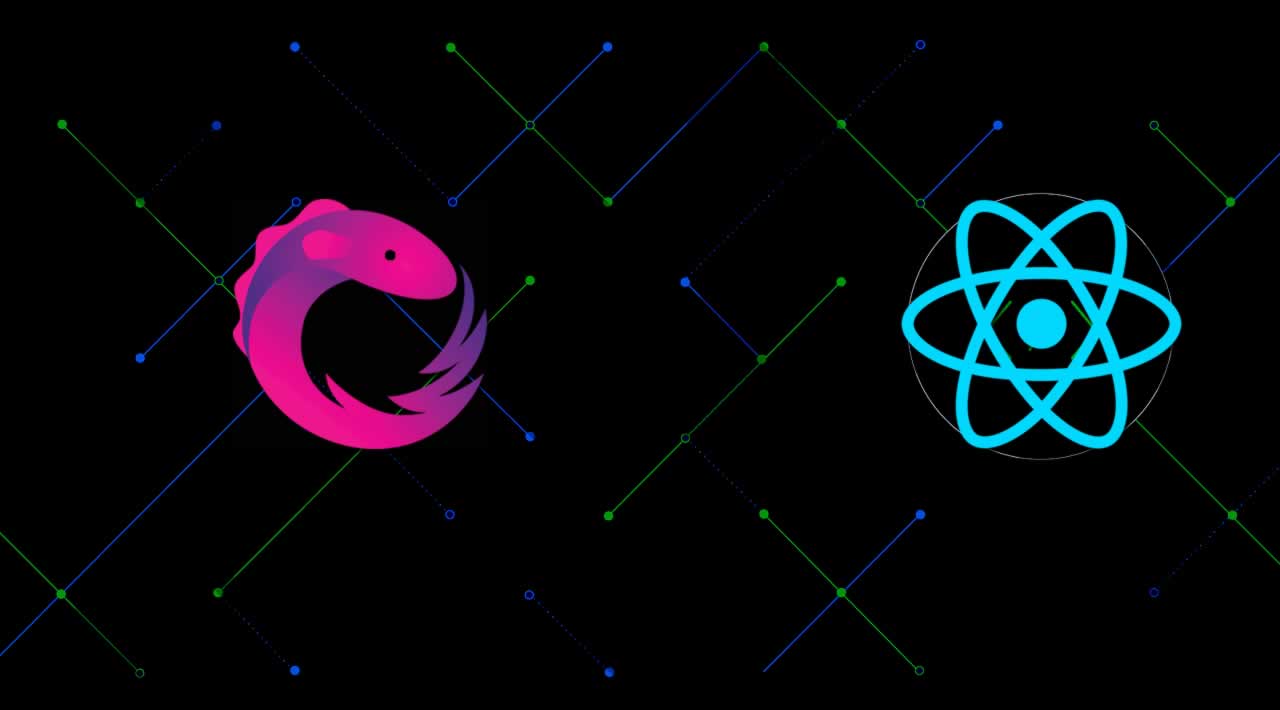 React components are based on the concept of properties and states. ... Make Use of RxJS to Create Efficient React Components With Ease.

React components are based on the concept of properties and states. While properties represent the input values from other (host) components, the state represents the internal condition of a component. The state can be derived from properties or even be computed asynchronously — e.g.. as a result of making HTTP calls.

The React library makes sure to rerender a component when updates to properties or the state will have a visual effect.

From a performance perspective, we want make sure:

We minimize the time spent in the render method by precomputing all required data structures beforehand. This includes potentially expensive computations as well as object allocations.

We use RxJS operators to react to changes of the input and use the state concept to carry the result of our computations and object creations over to the render method.

It’s the responsibility of the component developer to tell if a modification of a property or state results in a rerendering of the application. This is typically done by overriding the shouldComponentUpdate method or by deriving from PureComponent for simple use cases.

Per default, React will rerender a component if a property or the state changes. Deriving from PureComponentimproves this situation a bit by doing a shallow comparison of the properties, assuming immutability of the objects themselves. Still this approach can lead to undesired rerender operations because:

So in order to avoid these issues, our strategy is to make sure the rendering of the component does NOT use properties directly — but only information from the state.

This is information the component developer has full control over. We also mandate objects carried in the component state are immutable so we can tell by a simple equals check if the state changed or not.

The discussed optimization patterns pivot around the idea of computing the ideal state for the rendering of a component.

This gives us the opportunity to separate the task for computing this state into a Business Logic Component (BLoC) and the actual rendering into a presentation component.

Before we start to explain the approach, let’s add a very simple “Hello, World!” example.

We’ll use the rx-react-component implementation of the discussed pattern:

We implement an anonymous class for our performance optimized reactive component. The purpose of this class is to:

We represent the React life-cycle methods as Observables and derive the component state using reactive operators.

The abstract class takes a function to convert the properties into a state Observable. It’ll then make sure to correctly hook into the life-cycle methods to subscribe and unsubscribe.

The caller constructs the state$ Observable based on input properties (via the props$ Observable) or by using RxJS mechanisms to compute state asynchronously.

Any state that is emitted by the state$ Observable before the componentDidMount method is invoked is considered an initialization state automatically. You might use the startWith operator to make sure such a state exists. There’s no need (and no way) to set this.state explicitly.

Input from the host component

Our React component will receive its input via properties from its host. These properties are made available via the props$ Observable.

Use operators such as pluck and distinctUntilChanged to access individual properties, and change the state only if these properties change.

Communication from a child component to the parent component typically works by passing a callback function as an event handler via a property into the child.

Controlling the presentation component: We define callback functions for the view component’s state changes and manage them in the state of the BLoC. These functions are bound next calls on a Subject which allow the BLoC to integrate these callbacks into the observable pipe.

Layout of an uncontrolled component. The BLoC maintains its state via a scan operator and updates it when triggered by a click subject.

Example: Imagine a component that maintains a counter value. The view component displays the value and renders a button to increment it.

Example of an uncontrolled counter component

Controlled BLoC: The controlled BLoC delegates state management to its host via a callback function in its properties.

Layout of a controlled component. The reactive layer transforms the input properties to the state and dispatches clicks back to the controller.

Example: Again, we have a counter with a button to increment it. This example uses the identical-view implementation compared to the previous sample.

Example of a controlled counter component

The abstract class implements shouldComponentUpdate and compares the new state against the current state using a simple equals check. Properties are ignored completely. This works, because

We use the rxComponent function to create our component. This function accepts a function to compute the state$ observable from the properties, life-cycle Observables, and a reference to a presentation component that accepts the state as its input properties.

This approach has the following advantages:

Thank for reading! I hope this tutorial will surely help and you if you liked this tutorial, please consider sharing it with others.