The mobile app development game has been improved substantially by the usage of smartphones at present. Smartphones are used not only for making phone calls but also for sending and receiving emails, chatting, sharing media, interacting overseas, shopping, ordering food items, and virtually everything one can even dream of.

However, it is perhaps known to you that iOS application development is rather a Herculean task. Fortunately, these days, it is possible for developers to take the help of third-party libraries, which help to save a substantial amount of effort and time.

Any developer can easily integrate these open-source iOS libraries into his or her project without any problem whatsoever.

What do you mean by Open-Source Libraries?
During the last few years, the open-source application has almost doubled and is providing great possibilities for app developers and businesses.

The majority of the open-source library applications use GNU General Public License and are obtainable with a web interface.

It can be quite rewarding to have open-source iOS libraries for mobile applications, and these will help make your life quite simple while creating iOS applications.

There is no point in building something from scratch when you can use open-source libraries to build your application faster than usual.

During the last several years, open-source code has turned out to be the driving force for alterations. The majority of the companies have opted for open source mainly because of its quality, compatibility, reliability, teamwork, and efficiency. Below, we have discussed the benefits in brief.

Since open-source solutions will need no licensing fee, it provides a reduced total expense of ownership compared to conventional library systems. No cost will be linked with open-source. The only spending that will be made will be either for documentation, support, or media.

The simplicity of technicality happens to be the main reason why iOS app development services and companies prefer open-source libraries at present. According to research, open-source code helps to improve functionality with eye-catching designs and pushes excellence when it comes to coding.

Open-source libraries or applications are created by numerous skilled web and application developers where every single user has access to the debugging tools and the source code. An individual can explore, fix bugs, provide possible alterations, and also expand the functional set.

The term innovation also knows open-source libraries. You need not wait for the subsequent release or update, and instead, you will be able to develop and launch the required features. Anybody interested will be free to include new features or functions in their application development projects.

Open-source libraries allow you to adapt code as per your particular requirements easily. The ability of adjustment and customization helps to make the open-source library a preferred choice for everybody.

Flexibility is one more reason for using open-source software. The available codes aren’t associated with any particular developer and provide an extensive range of capabilities.

Open-source application license offers users the freedom to choose functions according to their requirements by simply altering the source code. Apart from this, the process of peer view assures liability and security.

Since it is similar to an open podium where nobody will judge you, open-source libraries are known to encourage cooperation, communication, and collaboration between the professionals out there which helps in the accomplishment of valuable projects.

IOS open-source libraries that are most used are supported by support groups and online forums where like-minded experts share their expertise.

Apart from this, the companies benefit while receiving increased attention to their applications. They likewise keep working and try to make their products more reliable and better.

IOS libraries which are most used, happen to be developer-friendly since these are compatible with virtually any situation and provide an affordable solution. Ultimately it is all about lacing these libraries together for developing the end product. 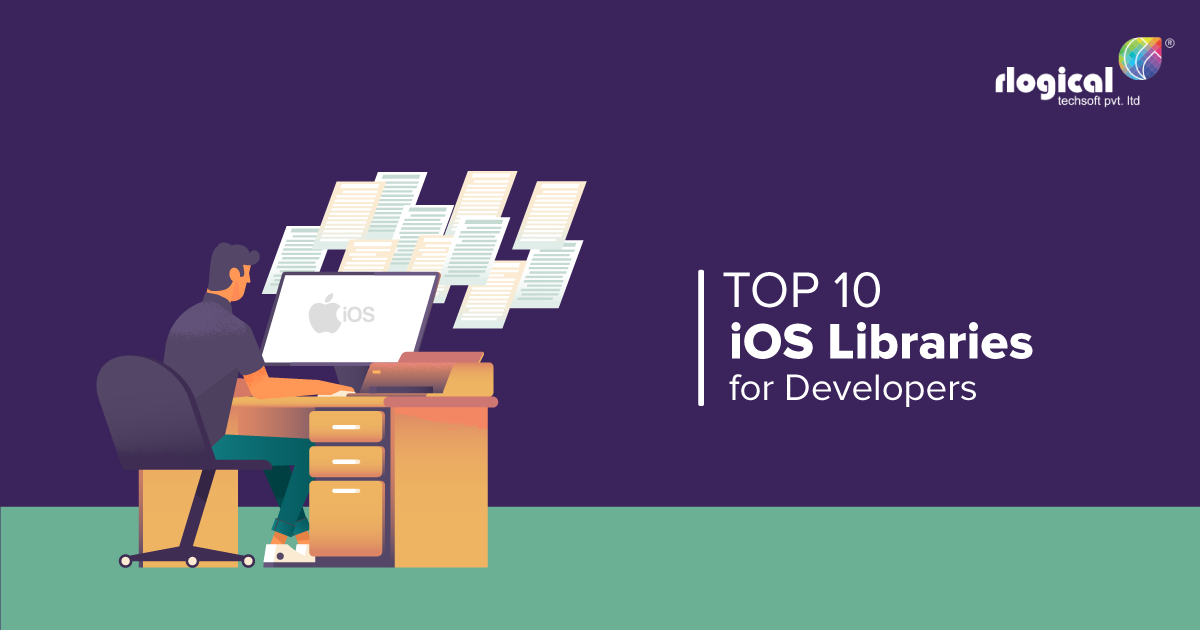 PixelCrayons: Outsource custom iOS / iPhone mobile application development to a leading offshore iOS app development company in India. Whether you need an app for an iOS smartphone, wearable or TV, our experts can help you with a unique app solution.

Tvisha Technologies is a company that has grown by leaps and bounds in the recent past. With the success rate of businesses being increasingly linked to apps, Tvisha has made a mark by developing some of the best apps across different industry sectors that include travel, hospitality, banking, and healthcare among others. They have built many web applications to service government agencies as well.

Listed among the top iOS mobile app development companies in California by may rating agencies of repute, their services are available at Simi Valley here and at Edison, New York, New Jersey, and Milpitas as well. The company’s team of young technically minded teams have developed apps that have won many awards. This has been made possible because they employ the latest technologies to render apt business solutions for their clients.

With the help of home-grown tools, Tvisha provides end-to-end mobile solutions and has created innovative Android, iOS, and Blackberry apps. Tvisha’s client list continues to grow with a reputation of their teams being able to deliver technical solutions and apps that are free of flaws

Founded in 2009, Magneto IT Solutions is a profound name when it comes to Mobile Application Development. Having over 70+ dexterous professionals with experience of over 1800+ successfully completed projects, Magneto ensures to deliver the best-in-class solutions for all business requirements. Magneto is having a very loyal client base spread across the globe in 20+ countries.

“Established in 2000, Seasia is a CMMI Level 5 company that holds expertise in catering to the growing digital needs of wide business segments, from startups to well-established enterprises. People around the globe rely on their exclusive services for- iOS, Android, hybrid, and cross-platform applications backed by a dexterous team of experts who have a stronghold over mobile app development skills. Till date, they have delivered over 3000 projects worldwide and established a strong customer base globally.”

Headquartered in San Francisco, this company was founded in the year 2009. These app developers in California have completed over 200 projects to date that include full-stack enterprise solutions in addition to mobile and web apps.

CitrusBits is one of the top mobile app development companies set up in the year 2005. They are experts in a number of fields, including customized design for client products and expertise in emerging technologies. They stand apart from the other companies in the speed with which they execute their clients’ projects and the accuracy at the end of it all.

Founded in 2012, this company specializes in UX/UI design and mobile app development. They are also developing expertise in the emerging technologies of today. Their software packages and apps have helped their clients earn worldwide recognition through awards and mentions in many famous publications. The company’s accomplishments have been made possible with small but creative teams. Their clients include the biggies in the software industry such as Accenture, Google, and HP.

Sidebench can be best thought of as a consultancy studio. They have created applications at the enterprise management scale and the company’s main focus is on user experience. They have managed solutions for small-sized start-ups as well as large corporations. The company makes it’s a point to maintain long-term relationships with all of its clients. Their innovation and drive have resulted in sustainable growth for the company.

This company was founded as recently as in 2014 but is already a company to be reckoned with in mobile app development. They are noted among the best iOS app development companies in California and never outsource any software that has to be created

This company delivers apps that are directed to solve the everyday problems of the users. Their team at Dogtown comes up with innovative app design by pushing technology boundaries. This has helped them lead the pack and continually add to their design and development capabilities.

Their app development team is made up of experts that have deep expertise in coding and design. This helps the team to quickly design, develop and deploy Android and iOS apps without any undue delay. Their notable clients include CitiBank, UN, and Lexus, among others.

AppClues Infotech is a top iOS app development company in USA having a team of over 120 highly skilled professionals which offers Custom iOS App Development Services and delivers affordable solutions for its worldwide. They develop such iPhone apps which are known for their scalability, robustness and high utility and are capable enough to power modern businesses to achieve higher productivity and success in the marketplace.

Our iOS app developers have deep and extensive expertise with all the languages, tools, and frameworks needed to build a reliable and beautiful app.

Every AppClues Infotech developer is provided with opportunities to learn, grow, stay productive and help maintain their physical and mental health so that you can focus on your product.

With the 120+ highly skilled and experienced programmers, we have successfully completed 450+ mobile app projects across the world for multiple industries and various platforms.