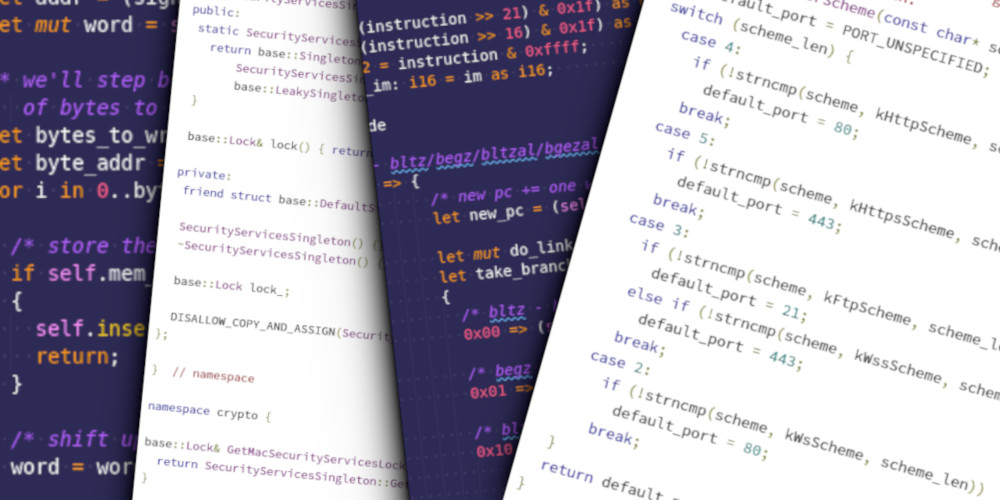 C++ still rules the Chromium roost though Rust has caught our eye, say browser devs. The Chromium team makes clear that C++ is "the ruler" and that its current interest is having Rust code make calls into existing C++ rather than the other way around.

Rust is an open-source systems-oriented programming language championed by Mozilla that's known for its memory safety, a characteristic of particular interest to developers interested in browser security.

The Chromium team makes clear that C++ is "the ruler" and that its current interest is having Rust code make calls into existing C++ rather than the other way around. But its recognition of Rust as a subordinate language suggests that Google devs want Rust to play a more prominent role in the Chromium court.

"Chrome engineers are experimenting with Rust," the techies declared in documentation this month about Rust and C++ interoperability. "For the foreseeable future, C++ is the reigning monarch in our codebase, and any use of Rust will need to fit in with C++ — not the other way around. This seems to present some C++/Rust interoperability challenges which nobody else has faced."

The page describes how Rust and C++ code should exchange data, which isn't so straightforward due to differences between the languages. The Chromium team's approach relies on a library published in January called cxx, created by Rust developer David Tolnay, which automatically creates bridges between C++ and Rust functions. You can do this by hand if you wish, though once you start juggling more than a few APIs – and Chromium has 1,700-plus – you should use a tool to avoid mistakes.