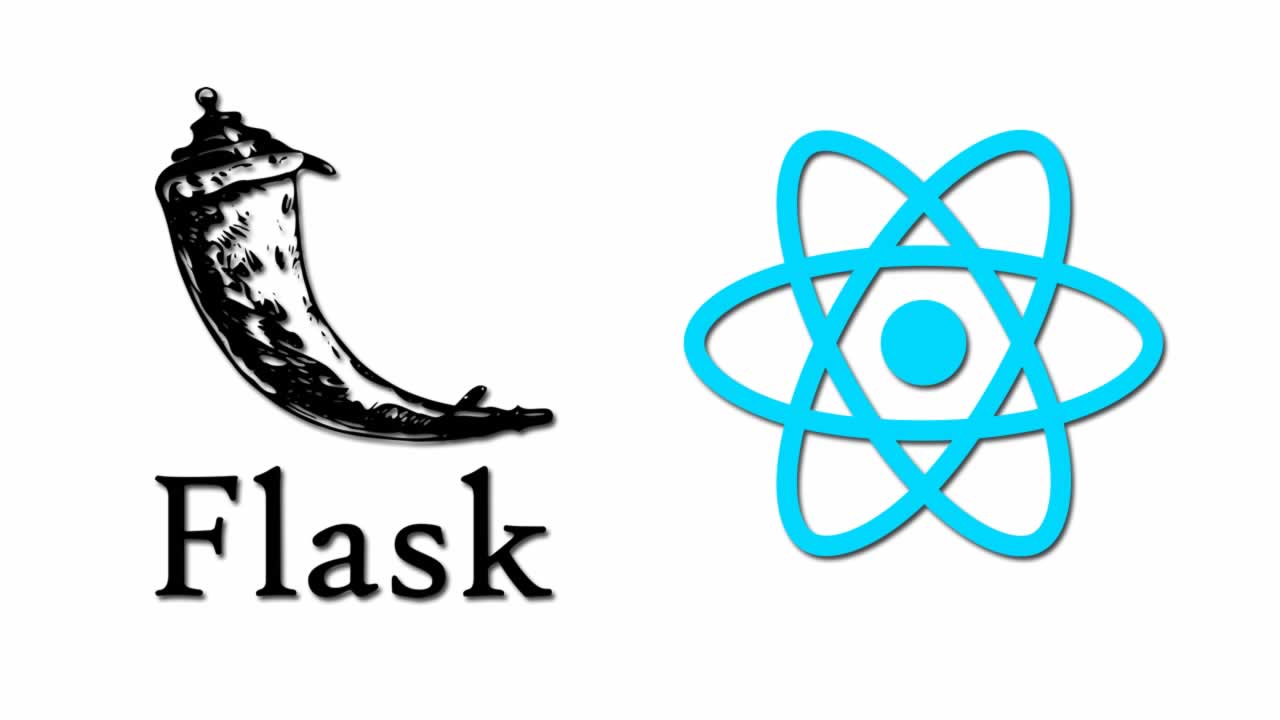 I have always wanted to develop a complete Machine learning application where I would have a UI to feed in some inputs and the Machine learning model to predict on those values. Last week, I did just that. In the process, I created an easy to use template in React and Flask, that anyone can modify to create their own application in a matter of minutes.

Highlights of the project:

The GitHub repo is below. Fork the project and create your own application today!

React is a JavaScript library created by Facebook to help make working with User interfaces simple and easy to develop and use. It’s one of the leading languages for front-end development. You can read about it here. The best resource to learn about React is its documentation itself which is very comprehensive and easy to grasp.

Flask and Flask-RESTPlus allow us to define a service in Python which will have endpoints which we can call from the UI. You can learn more about developing a Flask app from my article below.

I used create-react-app to create a basic React app to begin with. Next, I loaded bootstrap which allows us to create responsive websites for each screen size. I updated the App.js file to add a form with dropdowns and Predict and Reset Prediction buttons. I added each form property to state and on pressing the Predict button, I send the data to the Flask backend. I also updated the App.css file to add style to the page. The Flask app has a POST endpoint /prediction. It accepts the input values as a json, converts it into an array and returns to the UI. In actual application, we’ll use the same data to make prediction using the classifier stored in classifier.joblib and return the prediction. Reset Prediction will remove the prediction from the UI.

Clone the repo to your computer and go inside it and open two terminals here.

In the first terminal, go inside the ui folder using cd ui. Make sure you are using the node version 10.4.1. Once inside the folder, run the command yarn install to install all dependencies.

To run the UI on server, we will use serve. We will begin by installing the serve globally, post which, we’ll build our application and then finally run the UI using serve on port 3000.

You can now go to localhost:3000 to see that the UI is up and running. But it won’t interact with the Flask service which is still not up. So, let’s do that.

On the second terminal, move inside the service folder using cd service. We begin by creating a virtual environment using virtualenv and Python 3. You can read about virtualenv here. We will then install all the required dependencies using pip after activating the environment. Finally, we’ll run the Flask app.

Voila! The complete application will now be working properly. Yaay!!

Using the template for own use case

To understand the process of using the template for any model, I’ll use the iris dataset and create a model for the same. This example is also available in the example folder in the project.

I trained a DecisionTreeClassifier on the iris dataset which requires 4 features — Sepal Length, Sepal Width, Petal Length and Petal Width. Then, I saved the model to classifier.joblib using joblib.dump(). The classifier can now be used to predict on new data.

Next, I opened the file app.py in a text editor (Sublime Text is one). I uncommented the line classifier = joblib.load(‘classifier.joblib’) so that the variable classifier now holds the trained model.

In the post method, I made the following updates:

I began by creating a list of options for each of these dropdowns.

Next, I defined two rows with two columns each. Each dropdown selection will look like the code below:

For each dropdown, we’ll have to update the text inside <Form.Label></Form.Label>. We’ll name each selection group as well. Let’s say the name be petalLength so we set the value as {formData.petalLength} and name as “petalLength”. The options are added using the names we defined above inside <Form.Control></Form.Control> as we can see {petalLengths} above. Two such groups inside a <Form.Row></Form.Row> will make our UI.

The state must also be updated with the same names inside formData with the default values as the smallest value of the respective dropdowns. The constructor will look like below. As you can see, the state has been updated to have formData with new keys.

Inside app.css, change the link of the background image to your own. I added an image of flowers from Unsplash. I also updated the title to Iris Plant Classifier and the page title too inside index.html file in the public folder.

With some feature values, on pressing the Predict button, the model classifies it as Iris Setosa. With new feature values, the model predicts the plant to be Iris Versicolour.

As you can see, in this article, I discussed a ML React App template that will make creating complete ML applications simple and quick.

Try the application for your own use case and share your feedback. I’d love to hear from you.

☞ React From The Ground Up