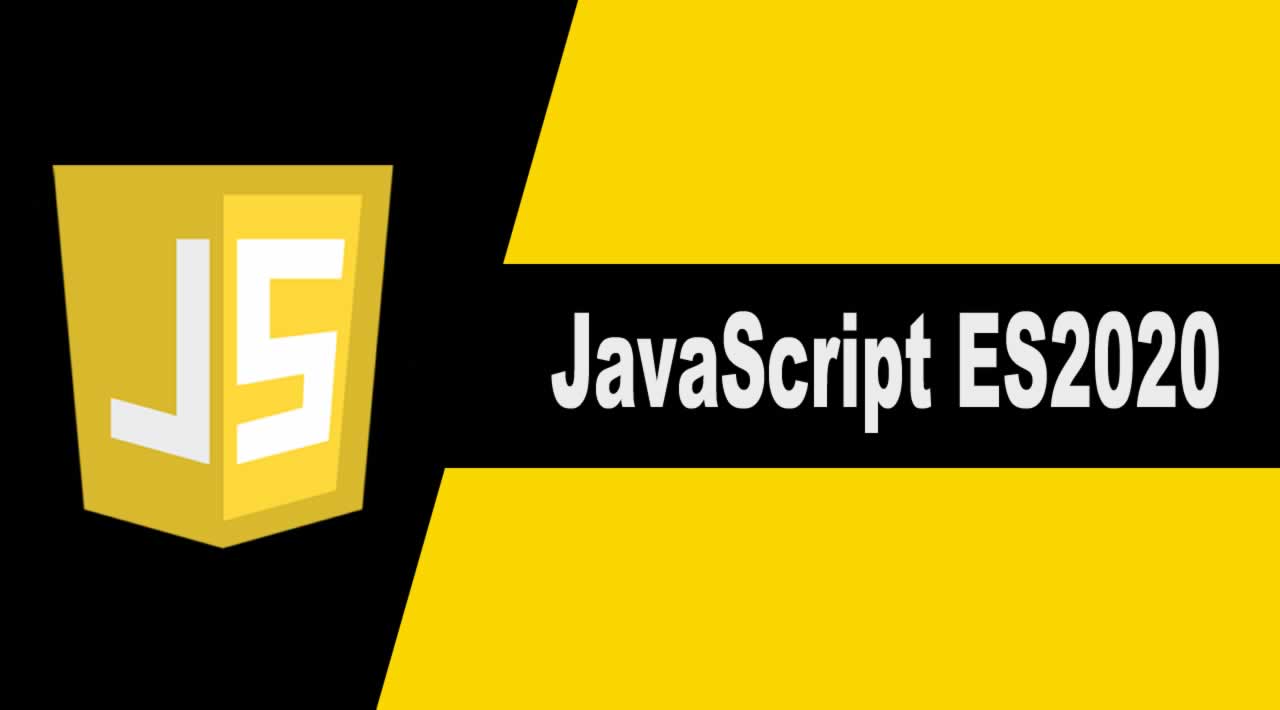 In this tutorial, let’s discuss what data validation is and how it can be implemented in MS-Excel. Let’s start!!!

What Is Data Validation in Excel?

Data Validation is one of the features in MS-Excel which helps in maintaining the consistency of the data in the spreadsheet. It controls the type of data that can enter in the data validated cells.

Now, let’s have a look at how data validation works and how to implement it in the worksheet:

To apply data validation for the cells, then follow the steps.

1: Choose to which all cells the validation of data should work.

3: Go to the Data Validation option.

4: Choose the drop down option in it and click on the Data Validation.

Let’s first understand, what is an input message and error message?

Once, the user clicks the cell, the input message appears in a small box near the cell.

If the user violates the condition of that particular cell, then the error message pops up in a box in the spreadsheet.

The advantage of both the messages is that the input and as well as the error message guide the user about how to fill the cells. Both the messages are customizable also.

New JavaScript Features Coming in ES2020 That You Can Use Now

In this series, we’re going to show the EcmaScript features from 2015 to today.

ES2020 is the version of ECMAScript corresponding to the year 2020. This version doesn’t include as many new features as those that appeared in ES6 (2015). However, some useful features have been incorporated.

This article introduces the features provided by ES2020 in easy code examples. In this way, you can quickly understand the new features without the need for a complex explanation.

Of course, it’s necessary to have a basic knowledge of JavaScript to fully understand the best ones introduced.

The new JavaScriptfeatures in ES2020 are:

The matchAll() method returns an iterator of all results matching a string against a regular expression, including capturing groups.

Dynamic import() returns a promise for the module namespace object of the requested module. Therefore, imports can now be assigned to a variable using async/await.

BigInt is the seventh primitive type, and it’s an arbitrary-precision integer. The variables can now represent 253 numbers and not just max out at 9007199254740992.

Promise.allSettled returns a promise that’s fulfilled with an array of promise state snapshots, but only after all the original promises have settled; i.e. become either fulfilled or rejected.

We say that a promise is settled if it is not pending; i.e. if it’s either fulfilled or rejected.

The global this was not standardized before ES10.
In production code you would “standardize” it across multiple platforms on your own by writing this monstrosity:

ECMA-262 leaves the order of for (a in b) almost totally unspecified, but real engines tend to be consistent in at least some cases.

Historical efforts to get consensus on a complete specification of the order of for-in have repeatedly failed. This in part because all engines have their own idiosyncratic implementations that are the result of a great deal of work and that they don’t really want to revisit.

In conclusion, the different engines have agreed on how properties are iterated when using the for (a in b) control structure so that the behavior is standardized.

When performing property accesses, it’s often desired to provide a default value if the result of that property access is null or undefined. At present, a typical way to express this intent in JavaScript is by using the || operator.

This works well for the common case of null and undefined values, but there are a number of falsy values that might produce surprising results.

The nullary coalescing operator is intended to handle these cases better and serve as an equality check against nullary values (null or undefined). If the expression at the left-hand side of the ?? operator evaluates to undefined or null, its right-hand side is returned.

When looking for a property value that’s deep in a tree-like structure, one often has to check whether intermediate nodes exist.

The Optional Chaining Operator allows developers to handle many of those cases without repeating themselves and/or assigning intermediate results in temporary variables.

Also, many API return either an object or null/undefined, and one may want to extract a property from the result only when it’s not null:

When some value other than undefined is desired for the missing case, this can usually be handled with the Nullish coalescing operator:

JavaScript is a live language, and that’s something very healthy for web development. Since the appearance of ES6 in 2015, we’re living a vibrant evolution in the language. In this post, we’ve reviewed the features that arise in ES2020.

Although many of these features may not be essential for the development of your web application, they’re giving possibilities that could be achieved before with tricks or a lot of verbosity.

The world’s most misunderstood programming language is JavaScript but JavaScript is now used by an incredible number of high-profile applications. So, it’s an important skill for any web or mobile developer to enrich the deeper knowledge in it.

Unlike most programming languages, the JavaScript language has no concept of input or output. It is designed to run as a scripting language in a host environment, and it is up to the host environment to provide mechanisms for communicating with the outside world.

Its syntax is based on the Java and C languages — many structures from those languages apply to JavaScript as well. JavaScript supports object-oriented programming with object prototypes, instead of classes. JavaScript also supports functional programming — because they are objects, functions may be stored in variables and passed around like any other object.

Let’s start off by looking at the building blocks of any language: the types. JavaScript programs manipulate values, and those values all belong to a type. JavaScript’s types are:

and undefined and null, which are … slightly odd. And Array, which is a special kind of object. Date and RegExp, which are objects that you get for free. And to be technically accurate, functions are just a special type of object. So the type of diagram looks like this: 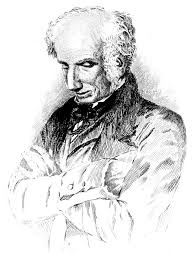 JavaScript’s development had been running at a slower pace ahead of the introduction of ES6 (also known as ECMAScript 2015).Now, in 2020, the latest JavaScript features have been finalized and released as ECMAScript 2020 (or ES2020). While ES2020 does not include as many features as they introduced in ES6, it has introduced a number of useful additions. In this article, I will discuss my favorite new features from ES2020.

Optional Chaining syntax allows you to access deeply nested objects without worrying about whether the property exists or not. While working with objects, you must be familiar with an error of this kind:

The above error means that you are trying to access the property of an undefined variable. To avoid such errors, your code will look like this:

You can also check arrays and functions using Optional Chaining. An example is given below:

JavaScript is used in a variety of environments such as web browsers, Node.js, Web Workers, and so on. Each of these environments has its own object model and a different syntax to access it. ES2020brings us the **globalThis **property which always refers to the global object, no matter where you are executing your code. This property really shines when you aren’t sure what environment the code is going to run in.

The following is the example of using setTimeout function in Node.js using globalThis:

Below, the same method is used in web browser:

Dynamic Imports is one of my favorite feature of ES2020. As the name implies, you can import modules dynamically. Using dynamic imports, the code is delivered via smaller bundles as required (instead of downloading a single large bundle as has been previously required).

When using dynamic imports, the import keywords can be called as a function, which returns a promise. Below is an example of how you can dynamically import a module when the user clicks on a button:

This method returns a promise that resolves after all of the given promises are either fulfilled or rejected. It is typically used where asynchronous tasks do not depend upon one another to complete successfully, as illustrated in the following example:

The syntax for this operator is

The introduction of ES2020’s new features add even more flexibility and power to the constantly evolving JavaScript. This article explored some of my favorite features but there are a number of others that I’d suggest you look into to see what might suit you best. I hope you found this article useful and that you are as excited as I am about using these features! 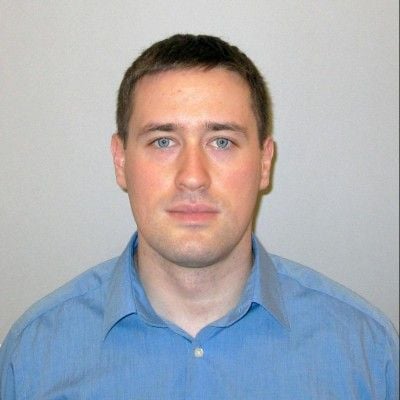 In this video we’ll go over all of the new features included in JavaScript ES2020, aka ECMAScript 2020, aka ES11.