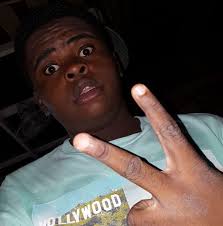 Master the Concurrency in Python

TL;DR: Use subprocess to run concurrent external program, but use multiprocessing to divide task we write into Python over multiple processes. Follow along for details and real-world examples.

CPython implementation detail: In CPython, due to Global Interpreter Lock, only one thread can execute Python code at once (even through certain performance-oriented libraries might overcome this limitation) (there can be multiple threads, but they all share same CPU core).

If you want your application to make better use of the computational resources of multi-core machines, you are advised to use multiprocessing or concurrent.futures.ProcessPoolExecutor. However, threading is still an appropriate model if you want run multiple I/O-bound tasks simultaneously, for which **threading**** module** can be used.

The subprocess Module vs multiprocessing Package

The **subprocess** module comes in handy when we want to run and control other programs that we can run with the command line too. It lets us integrate external programs into Python code.

Whereas, the multiprocessing package is something we’d use to divide tasks we write into Python over multiple processes. This lets us make better use of all available processors and improves performance. This module has an API similar to threading module.

The **multiprocessing** is a package that supports spawning processes using an API similar to the threading module. It offers both local and remote concurrency, effectively side-stepping the Global Interpreter Lock by using subprocesses instead of threads. Due to this, the multiprocessing module allows the programmer to fully leverage multiple processors on a given machine.

The processes are spawned by creating a **Process** object and then calling its start() method (making the process live). The Process follows the API of threading.Thread.

The **Manager**s provide a way to create data which can be shared between different processes, including sharing over a network between processes running on different machines. A manager object controls a server process which manages shared objects. Here’s the Essential Python you Need for Data Science

you’re embarking on your journey into data science and everyone recommends that you start with learning how to code. You decided on Python and are now paralyzed by the large piles of learning resources that are at your disposal. Perhaps you are overwhelmed and owing to analysis paralysis, you are procrastinating your first steps in learning how to code in Python.

In this article, I’ll be your guide and take you on a journey of exploring the essential bare minimal knowledge that you need in order to master Python for getting started in data science. I will assume that you have no prior coding experience or that you may come from a non-technical background. However, if you are coming from a technical or computer science background and have knowledge of a prior programming language and would like to transition to Python, you can use this article as a high-level overview to get acquainted with the gist of the Python language. Either way, it is the aim of this article to navigate you through the landscape of the Python language at their intersection with data science, which will help you get started in no time.