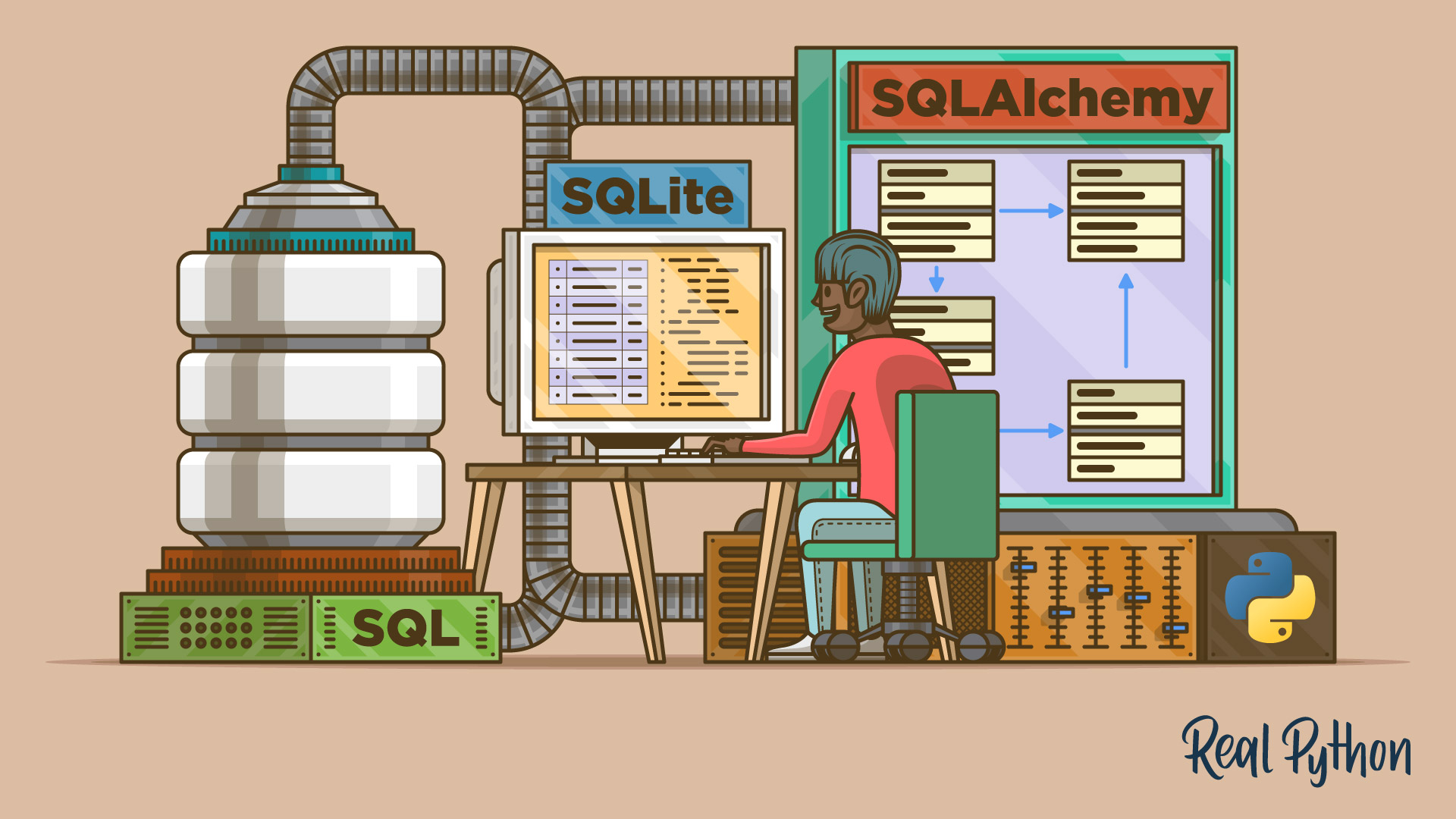 In this tutorial, you'll learn how to store and retrieve data using Python, SQLite, and SQLAlchemy as well as with flat files. Using SQLite with Python brings with it the additional benefit of accessing data with SQL.

All programs process data in one form or another, and many need to be able to save and retrieve that data from one invocation to the next. Python, SQLite, and SQLAlchemy give your programs database functionality, allowing you to store data in a single file without the need for a database server.

You can achieve similar results using flat files in any number of formats, including CSV, JSON, XML, and even custom formats. Flat files are often human-readable text files—though they can also be binary data—with a structure that can be parsed by a computer program. Below, you’ll explore using SQL databases and flat files for data storage and manipulation and learn how to decide which approach is right for your program.

In this tutorial, you’ll learn how to use:

You can get all of the code and data you’ll see in this tutorial by clicking on the link below:

Download the sample code: Click here to get the code you'll use to learn about data management with SQLite and SQLAlchemy in this tutorial.

A flat file is a file containing data with no internal hierarchy and usually no references to external files. Flat files contain human-readable characters and are very useful for creating and reading data. Because they don’t have to use fixed field widths, flat files often use other structures to make it possible for a program to parse text.

Before a program can read a data file, it has to be able to understand the data. Usually, this means the data file needs to have some structure that the application can use to read and parse the text in the file.

Below is a CSV file named author_book_publisher.csv, used by the first example program in this tutorial:

The first line provides a comma-separated list of fields, which are the column names for the data that follows in the remaining lines. The rest of the lines contain the data, with each line representing a single record.

Next, you’ll take a look at some of the advantages and disadvantages of using flat files like the above CSV to work with your data.