The best Docker storage platform for your container

We all know that Docker is simple to get up and running on our local machines. But, seamlessly transitioning our honed application stacks from development to production was a missing piece of the puzzle until the past six to twelve months.

Now there are so many specialized and optimized Docker hosting services available, it’s high time for a review to see what’s on offer.

One of the complexities with comparing Docker hosting options is that many are offering management and orchestration tools on top of actual hosting providers. Not all make it clear which provider they use, when or where, and this may or may not be an important issue to you. For this reason, I haven’t included services such as Deis Workflow, Docker Cloud, or ContainerShip as they don’t claim to be or offer integrated hosting services.

While I will include services that host elsewhere, these costs are included in the price.

Of course, it’s possible to just install Docker on a Linux-based VM on any hosting provider, and I could produce pages of profiles of “standard” hosting companies. Instead, I’ve tried to focus on services that offer something else on top of simple hosting to make your Docker experience smoother and enhanced.

AWS is the biggest cloud-hosting service on the planet and offers support for Docker across most of its standard EC2 machines.

AWS then offers the EC2 container service (ECS) that exposes a set of API calls for managing containers installed across your EC2 instances. ECS isn’t charged separately, but it sits on top of any other AWS resources your containers are using. This means that containers have access to the wide variety of services that AWS offers, including storage and scaling.

Sloppy is fast, simple, and secure.

With Sloppy, you can launch multiple docker containers in seconds. Sloppy is one of the best options for hosting docker containers and starting them in seconds. The project is defined in a JSON file.

Containers running on there infrastructure are highly available hardware, so you need not worry about any container going down. They make maintenance of your Docker container very easy with its rolling deploy, rollback and persistent volumes features. You can update the containers with zero-downtime as they start new containers and stops the older containers after the new containers are up and running.

In case there is a mistake in any of your updates, you can easily roll back to the previous stable version with only three clicks. Data is stored as blocks, which are distributed across multiple physical devices. So, you don’t have to worry about losing your data at all.

You can monitor all the metrics (CPU usage, network traffic, memory usage, etc.) with 5 minutes interval. If any of your application fails, it restarts automatically after a few consecutive checks if it is still down.

It also comes with pre-configured GitLab CE instance which creates containers automatically once you push a code update.

Docker container support on Digital Ocean is simple, reflecting the way the company generally works. Sign into your account and create a new Droplet based on the Docker application. 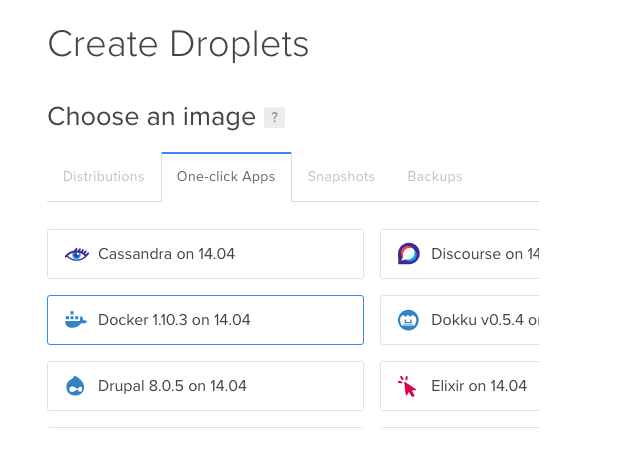 This will create a VM running Docker on top of Ubuntu to use as usual.

Jelastic is a multi-cloud platform which can host multiple tools/frameworks/applications such as Docker, Kubernetes, Java, Ruby, Python, JavaScript, Go, etc. It combines Platform as a Service (PaaS) and Container as a Service (CaaS) models.

Multi-cloud availability is the most important feature of the Jelastic platform. You can host the docker containers across multiple cloud options (PaaS, Caas)

It provides pre-configured dockerized solutions by just one click. You can choose to set up a standalone docker-engine, or you can run a docker swarm cluster. It comes with affordable price-based consumption, which allows you to pay only as per the usage through a pay-as-you-go pricing model.

The user interface is so simple that setup dev, test, production environments in a few clicks within seconds. Jelastic can automatically scale Vertically or horizontally, depending on your requirements.

These are a few more feature highlights:

Kamatera is another platform which provides cloud servers to host, manage, and monitor applications.

Pricing is very attractive. You can get it started from as low as $4 per month. You can orchestrate the containers across 29 regions in the public cloud. You can easily move your ASP.NET applications onto azure docker containers.

Azure Monitor keeps an eye proactively on the performance of the containers and their availability.

Some of the popular features it offers:

HostPresto is one of the first UK companies to provide a docker container hosting platform and services.

On Hostpresto’s super-fast cloud, you can create and launch docker containers very quickly and easy. Instead of launching and monitoring your docker containers, you can focus on other important things like capacity planning, resource allocations.

A dedicated UK support team is available for you to assist you with your queries. If you are in the UK region, hosting your Docker containers in HostPresto is one of the best options.

HostPresto provides a 30-day money-back guarantee if you are not happy with the service and support received. Also, it gives unlimited bandwidth to the containerized application without any extra usage charge.

It is a smart decision to host the docker containers on any of the above docker hosting platforms and forget about the launch, deployment, and management of the containers. 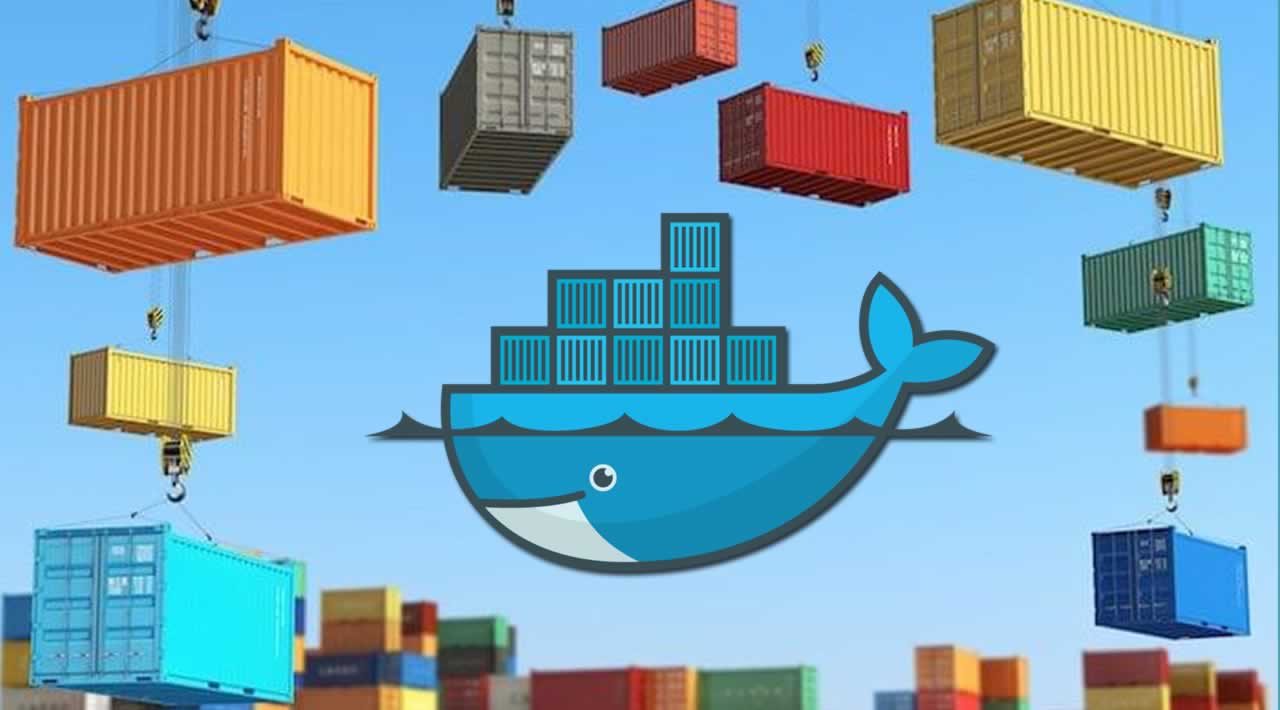