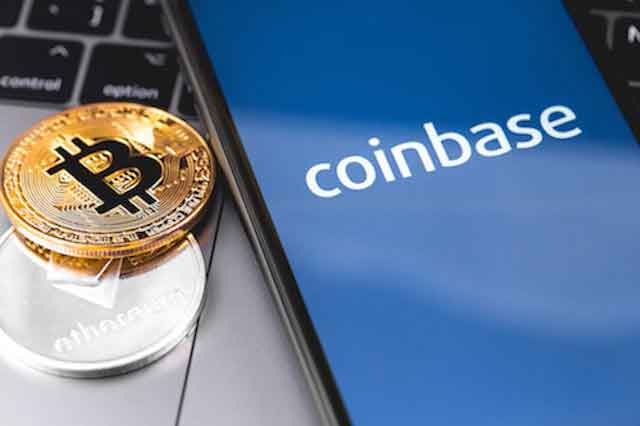 Attackers are targeting Microsoft Office 365 users with a Coinbase-themed attack, aiming to take control of their inboxes via OAuth. Office 365 users are receiving emails purporting to come from cryptocurrency platform Coinbase, which ask them to download updated Terms of Service via an OAuth consent app.

Office 365 users are receiving emails purporting to come from cryptocurrency platform Coinbase, which ask them to download updated Terms of Service via an OAuth consent app. But when they agree to do so, users are unknowingly giving attackers full access to their email.

However, this feature – which lays bare victims’ mailboxes – has also attracted cybercriminals, who use OAuth to gain permissions using malicious third-party apps. These types of “consent” attacks are not new, but the tactic is gaining ground, as seen in this particular incident, said researchers in an analysis.

“We’ve seen consent app-based attacks since the beginning of this year,” said Stu Sjouwerman, CEO of KnowBe4, in a Tuesday analysis. “Users need to be educated via security-awareness training that they should be looking for these kinds of attacks and only grant access to legitimate app publishers (such as Outlook for mobile devices).”

In this particular attack, users receive an email impersonating Coinbase, a platform allowing users to buy and sell cryptocurrency like Bitcoin. It has 35 million users – making for a sizable target audience for attackers. The email also asks users to update their Terms of Service. Here, attackers are betting that they are targeting Office 365 users who are also Coinbase users, researchers said.

Upon clicking the link in the email to review the new Terms of Service, users are then taken to a legitimate Office 365 login page, said researchers.

The OAuth app request used in the attack. Credit: BleepingComputer

They are then presented with the OAuth consent request for read-and-write access to their mailboxes, emails, profiles and other information, citing “coinbaseterms.app” as the requestor – keeping up with the ruse that the request is from Coinbase as part of its updated Terms of Service.

If Office 365 users fall for this trick and click “yes,” they are unwittingly giving attackers access to their inboxes, allowing for them to view sensitive data, use their email in subsequent phishing or spearphishing attacks and other malicious purposes.

“Once access is granted, the app now has access to read the victim’s emails, delete messages and more,” said researchers. “The only way to remove access is administratively.”

Microsoft has previously warned of risky OAuth apps, in July warning that widespread remote working and the increased use of collaboration apps are leading attackers to ramp up application-based attacks that exploit OAuth.

“When users install these apps, they often click accept without closely reviewing the details in the prompt, including granting permissions to the app,” Microsoft has said in a previous post. “Accepting third-party app permissions is a potential security risk to your organization.”

In September, an APT known as TA2552 was spotted using OAuth or other token-based authorization methods to access Office 365 accounts, in order to steal users’ contacts and mail.

In another incident, disclosed in October, a medical research unit at a university was targeted with a phishing lure that promoted a free calendar optimization and time-management app. After one person took the bait and installed the malicious OAuth app, the attackers had complete access to Office 365 and used it to send internal phishing emails, taking advantage of trusted identities and communications to spread further inside the university.