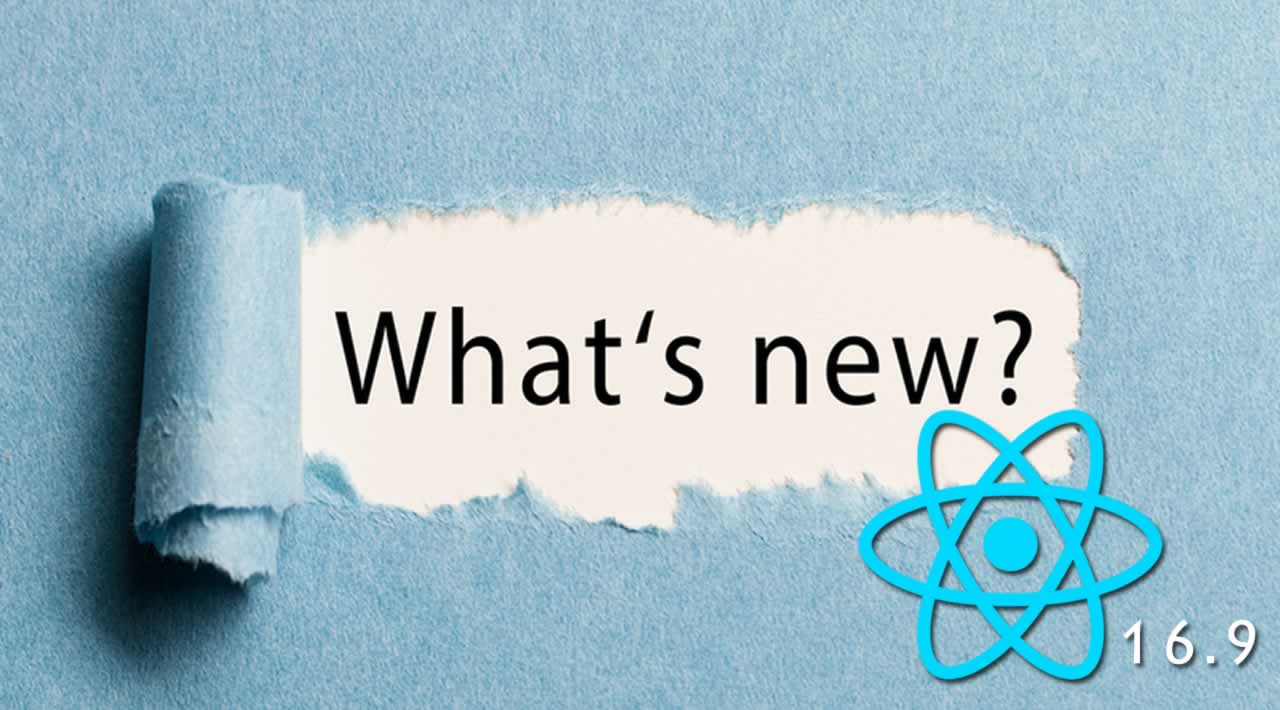 React has released their latest version 16.9, there are some new features that come with it. We know that React 17.0 is going to be their next big release and we are all waiting for it. This release is a precursor to that. So let’s start with the new features that are introduced with this release.

Although it was very useful, it was hard to get the act() _function to work well for asynchronous actions. It resulted in warnings like “_An update to SomeComponent inside a test was not wrapped in act(…)”.

The good news now is that, with the new release of 16.9, the act() function now supports accepting asynchronous functions.

The React Profiler for dev tools was introduced in an earlier version of React in 16.5. With this new release, the React team has added the <React.Profiler>. It is recommended for larger apps, and can gather performance regression measurements over time.

The onRender() callback function is called anytime a component within the component tree is updated and triggers a render.

You can learn more about using the Profiler from the official blog post here.

Note: Since the profiler adds some CPU overhead, it is disabled in production. Although it is a light-weight component, it should be used only when needed.

You can read more on how to enable the Profiler on your build.

The React team decided to deprecate some of the unsafe lifecycle methods with the release of React 17. With this 16.9 release, you will notice that as a preparation to React 17, warnings appear when you try to use the old names for the lifecycle methods that were deemed as unsafe.

You can still use the lifecycle methods that are called out as unsafe even in 17.0. But the UNSAFE keyword is added to keep reminding developers that there are alternative methods and patterns that can be used instead of the unsafe lifecycle methods.

Make sure to run the codemod script, that will automatically rename the unsafe methods, if you still wish to use them or don’t have the time to refactor a large codebase.

Running this script will rename the three unsafe lifecycle methods as shown below:

I have personally never used the Factory components with React. The React team has mentioned that this is not a popular feature either.

The factory pattern that React supported, returned an object with the render() method. Now they have decided to deprecate this completely. The factory component is confusing to developers since it looks a lot like the function component. With function components, you will be returning just the _

_instead. With this release, they are getting rid of the factory components.

In case you are using it in your codebase, you will notice warnings when you run the code. You can add the following code as a workaround.

The recommendation is that you refactor the code that uses the factory pattern with either a class component or a function component.

Again, this is rarely used and you may never encounter this problem.

Using javaScript: URLs is considered a security threat. Hackers can easily inject JavaScript into your running application and that is obviously not good.