Use Angular and NativeScript to Build a Web and Mobile Application

Things have gotten better now that custom schematics can be used with the official Angular CLI. So what does that mean for us? We can take a project created with the Angular CLI, add a schematic, let’s say for NativeScript, and end up with CLI compatible for both web and mobile.

We’re going to see how to use the Angular CLI to build a web and mobile compatible application with the NativeScript schematics.

Before we can create and maintain NativeScript applications from the Angular CLI, we need to make sure we have the appropriate global NPM dependencies available on our computer. Assuming that you already have Node.js installed and configured, execute the following from your command line:

With the proper dependencies in place, we can add NativeScript support to an Angular CLI project. While you can do it to an existing project, we’re going to start with a fresh project for simplicity. From the command line, execute the following:

Make sure you had navigated into your project before executing the command above. You have to be in a project that was created with the Angular CLI, so if you had created a NativeScript project with the NativeScript CLI, I don’t think schematics can be included.

In the scenario that you’re truly creating a fresh code-sharing project, you can create an Angular with NativeScript project using the following single command as an alternative:

However, if you’re adding schematics to an existing project, the prior command should be used. More information on the schematics for NativeScript can be found in the official @nativescript/schematics repository.

Understanding the Schematic Changes and Process for Angular Development

When you add the NativeScript schematics to your Angular project, you’ll notice that it created quite a few files and even altered a few of the configuration files. Your original project should be in tact, so don’t worry about something destructive happening.

The most obvious thing that you’ll notice is that you have some .tns.ts and some .tns.html files. At first glance you’ll probably think that you now have to manage two different code-sets, which is not entirely true. NativeScript is a native mobile application framework which means you can’t use standard HTML markup for the UI. For this reason, yes you do have to maintain a web UI and a NativeScript UI. When it comes to the TypeScript, you could have a web version and a NativeScript version for everything, but you don’t need to. Where it makes sense is in the modules and routing areas since there are services like NativeScriptRoutingModule and RoutingModule which accomplish the same, but are specific to platform.

Have I confused you yet?

If you haven’t noticed, the differences are in the naming of the modules being used. Since this file is for the web, we have removed the tns from the filename and used the vanilla Angular modules.

We’re not quite in the clear yet. We need to alter our project’s src/app/app.module.ts file to be more in line with the NativeScript version:

If you’re coming from an established Angular project, you’ll likely be playing catchup with the NativeScript version instead. In other words the reverse of what we’re doing.

We’re only trying to match the behavior between the two applications. Since the application is fresh, the NativeScript version accomplished a lot more than the web version. The initial content further validated this.

At this point our project is done, but what if we wanted to use the Angular CLI going forward with our project? How about we create a new component with the following command:

The above command will use the CLI to create a component called about and as a result you’ll end up with the following:

Where I’m going with this is that you can use the Angular CLI like you would any other Angular application. You’ll end up with a .tns.html file that you can add your custom UI for mobile to. There are plenty of other commands beyond generating components, so don’t feel that you’re limited.

With the project created, altered, and ready to go, we can worry about running our application. In its simplest form, we can test that the project still works as a web application. From the command line, execute the following:

When the command completes, you can visit http://localhost:4200 in your web browser to see it in action. To run the application on a mobile device, you can similarly run the following:

The above command will run the application on iOS. You can easily switch the ios part for android if that is better for you. The most important part of the command is the --bundle. If you don’t bundle the application, it will crash with a lot of confusing errors.

You just saw how to use the Angular CLI with a NativeScript Android and iOS application. This was a long awaited and insanely requested feature by both the Angular and NativeScript community. Having separation of CLIs for development that used Angular was doing no one any favors.

It is important to remember that NativeScript projects build native mobile applications. For this reason you can recycle your logic, but separate UI components must exist. Even though it sounds like a bad thing, it is a good thing because you can give your mobile and web applications a separate, but very polished user experience. If you want to give NativeScript a quick try, check out the NativeScript Playground. You can build your first truly native mobile app deployed on your own device in 3 minutes. 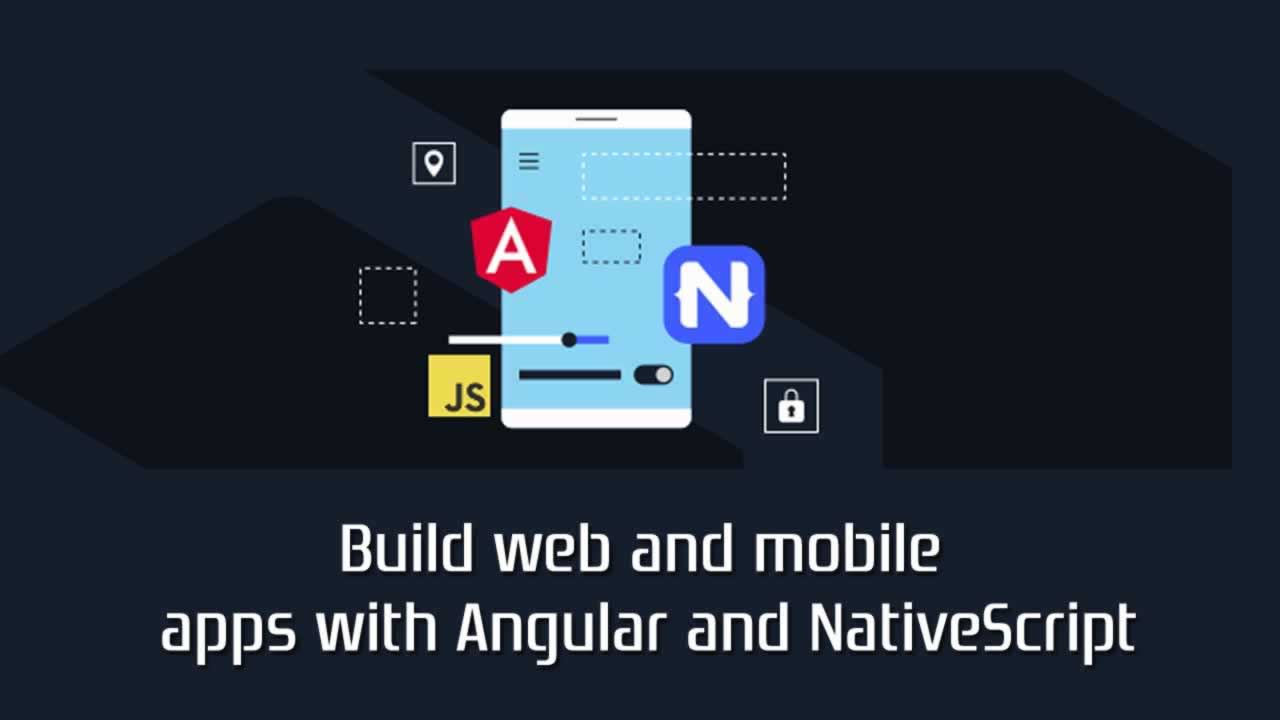 Corona Virus Pandemic has brought the world to a standstill.

Countries are on a major lockdown. Schools, colleges, theatres, gym, clubs, and all other public places are shut down, the country’s economy is suffering, human health is on stake, people are losing their jobs and nobody knows how worse it can get.

Since most of the places are on lockdown, and you are working from home or have enough time to nourish your skills, then you should use this time wisely! We always complain that we want some ‘time’ to learn and upgrade our knowledge but don’t get it due to our ‘busy schedules’. So, now is the time to make a ‘list of skills’ and learn and upgrade your skills at home!

And for the technology-loving people like us, Knoldus Techhub has already helped us a lot in doing it in a short span of time!

If you are still not aware of it, don’t worry as Georgia Byng has well said,

“No time is better than the present”

No matter if you are a developer (be it front-end or back-end) or a data scientist, tester, or a DevOps person, or, a learner who has a keen interest in technology, Knoldus Techhub has brought it all for you under one common roof.

From technologies like Scala, spark, elastic-search to angular, go, machine learning, it has a total of 20 technologies with some recently added ones i.e. DAML, test automation, snowflake, and ionic.

How to upgrade your skills?

These templates helps you learn the practical implementation of a topic with so much of ease. Using these templates you can learn and kick-start your development in no time.

Apart from your learning, there are some out of the box templates, that can help provide the solution to your business problem that has all the basic dependencies/ implementations already plugged in. Tech hub names these templates as xlr8rs (pronounced as accelerators).

xlr8rs make your development real fast by just adding your core business logic to the template.

If you are looking for a template that’s not available, you can also request a template may be for learning or requesting for a solution to your business problem and tech-hub will connect with you to provide you the solution. Isn’t this helpful 🙂

Confused with which technology to start with?

To keep you updated, the Knoldus tech hub provides you with the information on the most trending technology and the most downloaded templates at present. This you’ll be informed and learn the one that’s most trending.

“There’s always a scope of improvement“

If you still feel like it isn’t helping you in learning and development, you can provide your feedback in the feedback section in the bottom right corner of the website.

If you are developing a hotel app, you are benefiting both the tourists as well as your business. This is one place where the user can get all information under one roof and as such he does not have to consult any other site. ByteCipher is one of the best mobile and web development service providers. Their more than 10 years experienced mobile app developers will help you any time, you can contact them now at 919699356148 for your all related requirements.

Angular framework is built using TypeScript language that helps to ensures higher security. Angular is the most preferred framework for building reactive single page web applications and creative components of the website.

Want to get a unique front-end UI for your web application? Contact Skenix Infotech to know more about our Services & pricing: https://www.skenix.com/angular-web-app-development/