Learn how to use SVG icons right inside of your React app. We’ll first walk through installing the React Icons package to instantly get access to a bunch of popular icon libraries like Font Awesome. We’ll then learn how to create a new React component from scratch with raw SVG code.

Icons are a way to visually communicate concepts and meaning without the use of words. This could be for categorization, an action, or even a warning.

How can we add icons using SVG to our React apps to improve our visual communication?

SVG stands for Scalable Vector Graphics. It’s a file format based on a markup language similar to XML that allows developers and designers to create vector-based images using path definitions.

What makes SVG great for the web?

SVG was born for the web. It’s an open standard that was created by W3C to provide a better way to add images to the web. If you open an SVG file on your computer, you might be surprised to find that it’s all code!

This plays a part in the small file size. Typically when using SVG, you can take advantage of its smaller size compared to larger image files that might be required to deliver the same high resolution.

Additionally, since we’re defining SVG as paths, they can scale as large or as small as we want. This makes them extra flexible for web usage, especially when making experiences responsive.

What are we going to create?

We’re first going to walk through using a package called react-icons that will allow us to easily import icons from popular icon sets like Font Awesome right into our app.

We’ll also take a look at how we can manually add SVG files right into our app by copying the code of an SVG file right into a new component.

For this walkthrough, you can use any React framework you’d like whether that’s Create React App or Next.js. You can even use an existing project.

Because we don’t need anything special to add our icons, I’m going to use create-react-app.

To get started with create-react-app, you can create a new project using the following command in your terminal:

Note: replace _[project-name]_ with the name you want to use for your project. I’m going to use _my-svg-icons_.

Once you have your new app or your existing app, we should be ready to go!

Adding react-icons to your project

To get started with react-icons, we want to install it in our project.

Inside of your project, run the following command:

Once it’s completed, we should be ready to use it in our project.

Selecting icons for a project

One of the cool things about react-icons is the extensive library they make available within the single package.

Not only do we have Font Awesome immediately available, we have GitHub’s Octicons, Heroicons, Material Design Icons, and a whole bunch more.

When choosing icons, you pretty much have the ability to use any icon you want at any time. That said, I would recommend trying to keep a consistent look and feel with your icons.

If you primarily use Font Awesome for your website, it might look a bit strange and inconsistent if you were to start adding Flat Color Icons to the mix. You ultimately want to provide an experience that people will be able to easily identify
the patterns that you create. 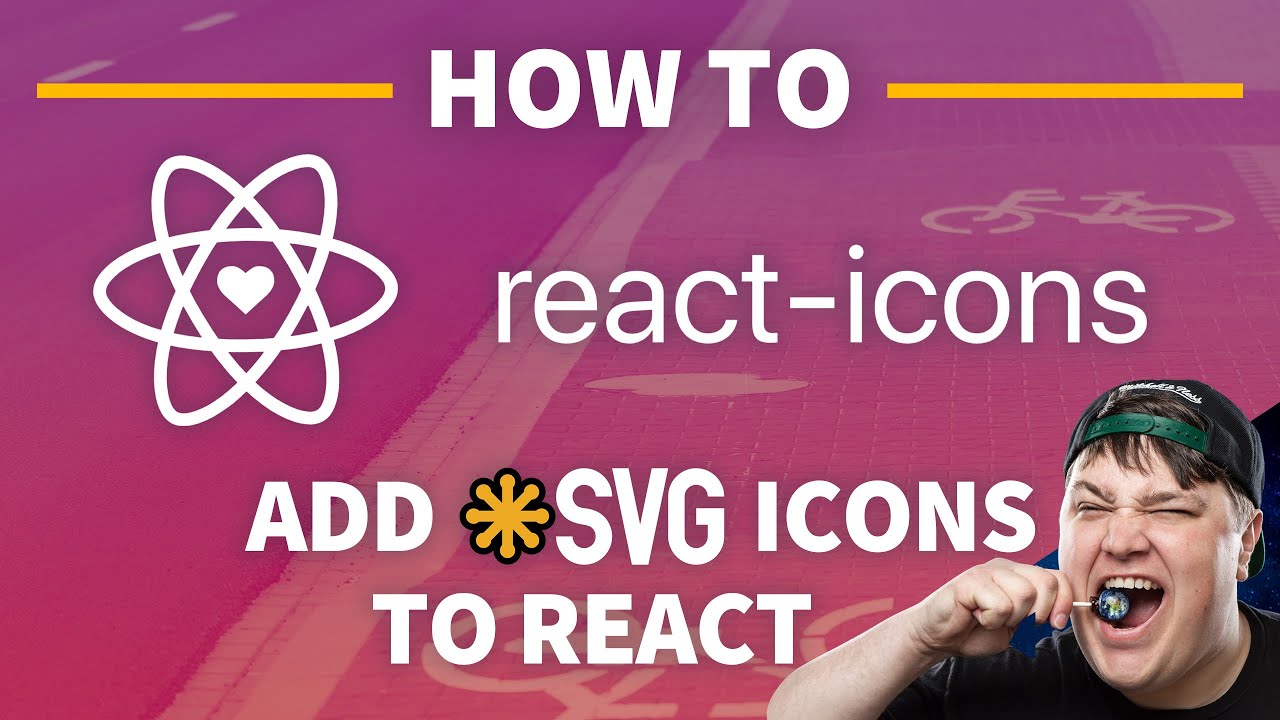 The internet's most popular icon toolkit has been redesigned and built from scratch. On top of this, features like icon font ligatures, an SVG framework, official NPM packages for popular frontend libraries like React, and access to a new CDN.

Not familiar with Font Awesome 5? Learn more about our successful Kickstarter and plan. You can also order Font Awesome Pro which includes tons more icons directly from fontawesome.com.

Learn how to get started with Font Awesome and then dive deeper into other and advanced topics:

Using Font Awesome on the Web

Using Font Awesome on the Desktop

Now that Font Awesome 5 has been released we are marking version 4 as end-of-life. We don't plan on releasing any further versions of the 4.x or 3.x.

We'll keep track of each release in the CHANGELOG.md

Looking for older versions of Font Awesome? Check the releases.

From time-to-time we'll have special upgrading instructions from one version to the next.

Check out the UPGRADING.md guide when you upgrade your dependencies.

We will behave ourselves if you behave yourselves. For more details see our CODE_OF_CONDUCT.md.

Please read through our contributing guidelines. Included are directions for opening issues.

Font Awesome will be maintained under the Semantic Versioning guidelines as much as possible. Releases will be numbered with the following format:

The major version "5" is part of an umbrella release. It includes many different types of files and technologies. Therefore we deviate from normal SemVer in the following ways:

Font Awesome Free is free, open source, and GPL friendly. You can use it for commercial projects, open source projects, or really almost whatever you want.

Attribution is required by MIT, SIL OLF, and CC BY licenses. Downloaded Font Awesome Free files already contain embedded comments with sufficient attribution, so you shouldn't need to do anything additional when using these files normally.

We've kept attribution comments terse, so we ask that you do not actively work to remove them from files, especially code. They're a great way for folks to learn about Font Awesome.