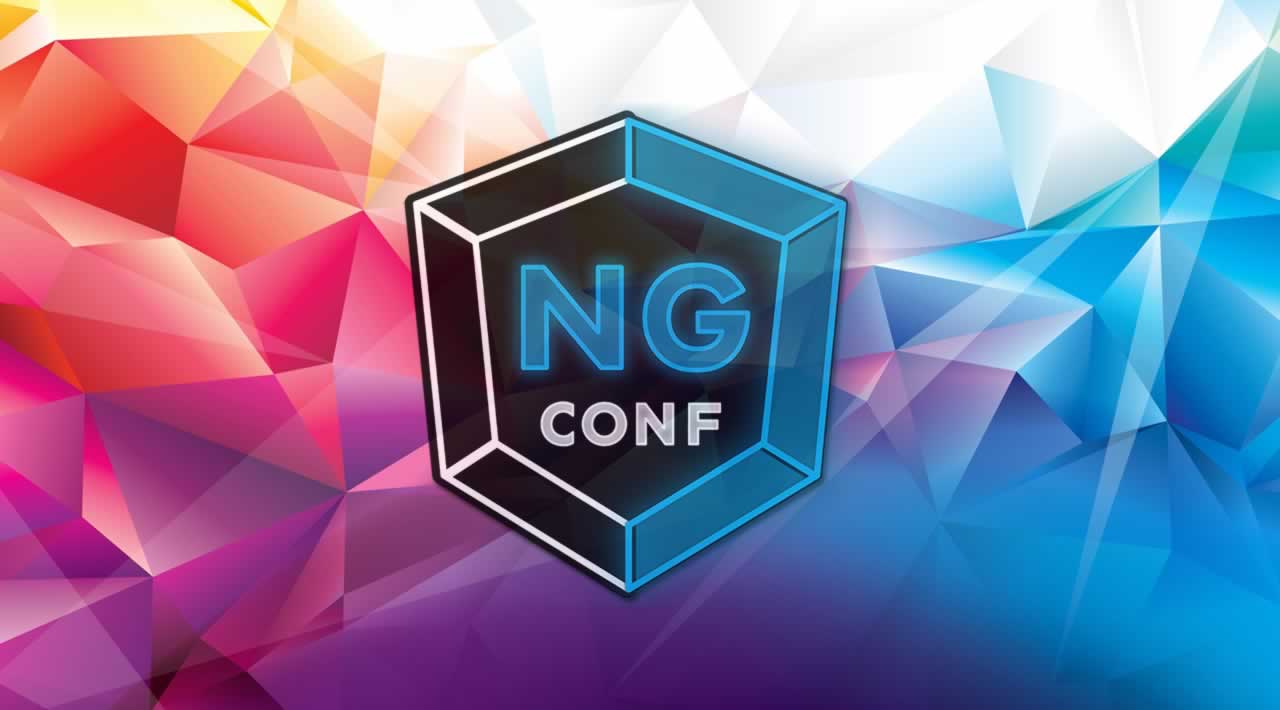 Auth0's Sam Julien and Kim Maida spoke at ng-conf 2019 in Salt Lake City, Utah. You can find all of the videos on YouTube and check out my central repository for the speakers' slides.

The biggest symbol of the Angular community is ng-conf, the largest Angular conference in the world. It happens every spring in Salt Lake City, Utah at the Grand America Hotel. This conference is organized by community leaders, not by Google, and each year strives to be better, more educational, more diverse and inclusive, and, yes, more fun! It is also the time when big news is announced by both Google and community project leaders.

Because ng-conf essentially serves as the "State of the Union" for Angular, I'm going to arrange this article differently than usual. Instead of going chronologically day by day, I'm going to organize all of the talks by topic. That way you can catch up on all the news for one subject at a time. There's a ton of information to dig into!

Let's look at the big news first since I know you're dying to hear about it.

Angular 8 is in the release candidate (RC) phase as of this writing and should be finalized by the end of May 2019. Version 9 should be coming in Q4 of this year.

There are also many other new features coming to Angular 8:

Here are a few highlights:

To try out Angular 8 for yourself, you can update your Angular CLI to the latest version:

That's all the stuff that's done in Angular 8 right now. I know what you're thinking, though: "Sam, what about Bazel and Ivy!?!" Let's take these one at a time.

If you're not familiar with Bazel, it's the open source version of Google's internal build tool called Blaze. Bazel offers all kinds of awesome functionality like support for full-stack builds, incremental builds, remote caching, and much more. It's architected with a Linux philosophy in mind: the composition of many small tools to make it scalable and customizable.

The Angular team has been working for a few years now on a projet called ABC, or Angular Build Convergence. This is a project to make the Angular build tools the same as those used internally at Google.

So, what's the status of this project in version 8? The addition of Bazel is an Angular Labs project that is currently in an "opt-in preview." This means that users can add Bazel to a new or existing Angular 8 project and test out whether it works for their application. Bazel integration is mostly done, but the team wants to make sure it is fully compatible before making it the default (planned for version 9).

To do this, you can run:

To add Bazel to an existing Angular 8 application, run:

Bazel support in Angular also now has a new subdomain on Angular.io so you can dig into how to get started and use Bazel.

Okay, so what about the much anticipated Ivy? Ivy is the new renderer, a total rewrite that will include support for tree-shaking, template debugging, and much smaller bundle sizes.

As of version 8, Ivy is very close to being done. In fact, Ivy has 97% of its unit, integration, and screenshot tests passing at Google. All of the debugging features, bug fixes, memory improvements, and faster testing are also done.

So what's left? Mostly backwards compatibility testing. The Angular team's goal is to make the transition to Ivy seamless for users. Right now, they need help testing Angular applications with lots of dependencies to make sure Ivy doesn't break anything.

The goal for version 9 is for Ivy to be smaller, faster, and have better type-checking.

To test drive Ivy, first update your Angular CLI as mentioned above. Then, run the following:

Those are the big updates from Angular -- lots of exciting stuff happening!

At ng-conf 2018, there was a broad theme of NgRx being the latest and greatest way to manage state in your Angular application. There was an entire track of the conference dedicated to NgRx and hype abounded.

Unfortunately, many developers took this to mean that NgRx was the only way to manage state in their applications, despite none of the team members claiming this. The Redux pattern is a tool for specific use cases, albeit an amazing tool!

The hype of last year combined with the general inscrutability of RxJS (which can be a huge stumbling block for folks new to Angular) meant that this year had a large focus on RxJS and state management without NgRx (though there were a few great talks on NgRx!).

I've broken down the talks for you by subject (no pun intended).

Another big theme this was year was Angular Elements. Angular Elements are custom elements based on the web components SDK and are largely ready for real-world use. There are a few things that will be improved with Ivy, but many people are using them in a variety of contexts such as inside of React apps or during migration from AngularJS.

Forms, Components, and Other Angular Bits

There were also lots of talks about other topics in Angular. Don't misinterpret that this section as being any less important than the others -- it's just a bit harder to categorize!

Talks on components and decorators:

Talks on other platforms or uses:

Finally, there were some talks not specifically about Angular that were still awesome. I like having a mental break from Angular and hearing from other perspectives.

I hope you've enjoyed the topical guide to ng-conf 2019. If you're like me, you've probably got a million new things to research and implement in projects. Remember, you can find all of the videos on YouTube and check out my central repository for the speakers' slides. Enjoy!