In this video I compare and contrast Angular and React. Although React is a library and Angular is a framework, they can easily be compared as they are often used for the same purposes. Angular vs React. 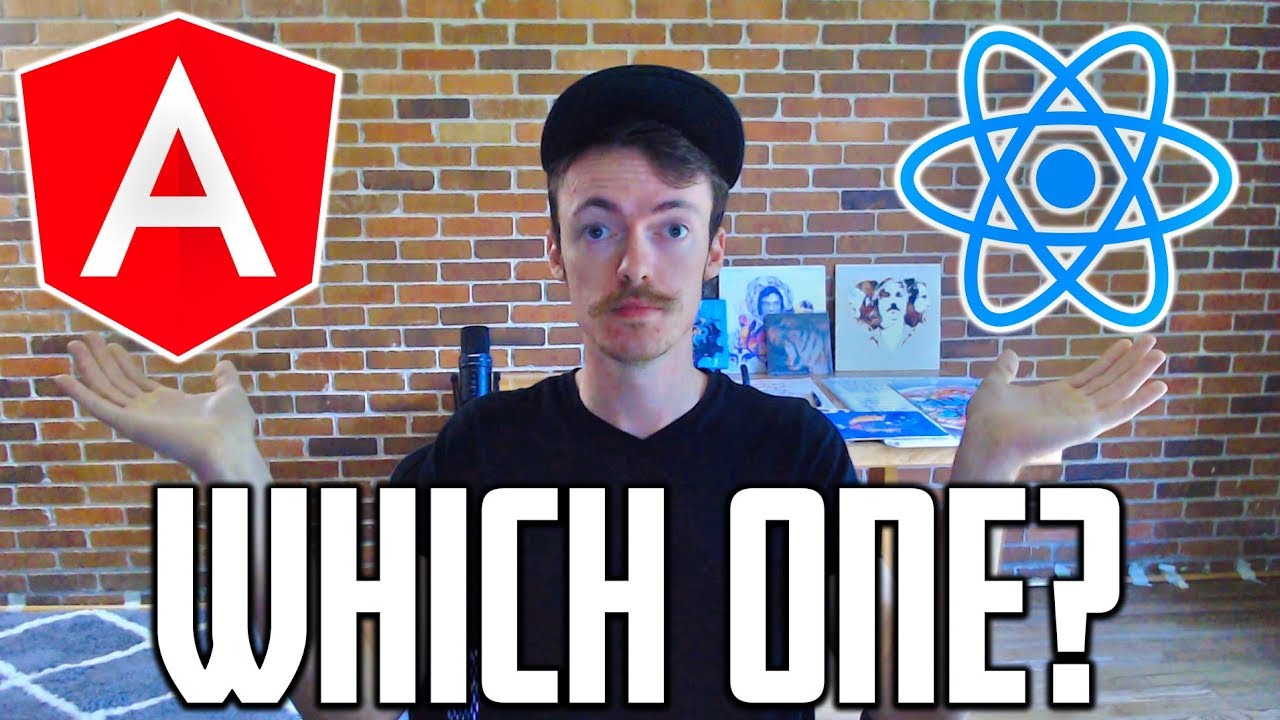 We are living in a technology-mediated world. And, here, we want our hands on the best technology to develop apps. Speaking about the same, we often find ourselves between the simmering debate, what is better between the two- is it Angular or React? And the moment the question pops in our head, we find ourselves comparing the apples and the oranges. Only just, Angular is the framework and the React is a library that helps to create or develop an app. Moreover, both of them work differently to offer somewhat similar functionalities. It is one of the most crucial dilemmas one is faced with, after determining the right mobile development ideas for start-ups.

The Internet is flooded with a plethora of articles on “Angular and React JS. And this debate is consuming a lot of online space is which is better among the two. And, to be very honest we don’t just want to storm your search lists with another yet similar article about the same. So, here is the thing that you should understand about the Angular and React and how these two even being different adds value to the overall website development realm.

What is Angular JS?

AngularJS was always considered as the golden child in the entire family of the JavaScript framework. And, you may wonder why? It was introduced by the renowned giant Google in the year 2009. And, it was then built with the concept “Model-View-Controller”. It is used to build a single page application using Typescript and HTML.

Angular 2- When the Angular 2 was released it brought about innumerable changes to the original framework. The architectural style was then switched to that of the component-based one.

Angular 4- With the release of the Angular 4 it brought about more advancement in this realm. It meant that the angular applications can be rendered easily even outside the main browser.

Angular 5–6- The version was concentrated in optimizing the overall Angular CLI as well as the compiler work.

Angular 7- In this version, the functions while using Angular became more intuitive. Moreover, the applications received a plethora of improvements in the size as well as the performance of code-base.

Angular 8- It is the latest version of Angular. In this version, two new elements were introduced which were mainly, Bazel as well as Ivy Renderer. The other most important improvement that this version entailed was differential loading. Speaking about the differential loading, it is used to upload browser-specific bundles. And, you may wonder how beneficial can be both? The browser-specific bundles are further used to assist in uploading the content fast and support the legacy browser.