For a real world example, see turning a Python function into a web service.

webify is a very basic CGI server which forwards all requests to a single script. A design goal is to be as zero-config as possible.

webify invokes your script and writes the request body to your process' stdin. Stdout is then passed back to the client as the HTTP response body.

If your script returns a non-zero exit code, the HTTP response status code will be 500.

webify is available from the project's releases page.

On macOS, it can also be installed via MacPorts:

The official Docker image is beefsack/webify.

It can be configured using the following environment variables:

Building a new image using official image as base

Pull requests are welcome. For major changes, please open an issue first to discuss what you would like to change.

Please make sure to update tests as appropriate. 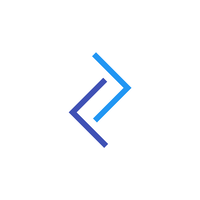 Website is the best way to reach the potential customer with accurate strategies. And these strategies is most valuable so don’t take risk choose the Best Digital Marketing Company for Creative Website Design Services.