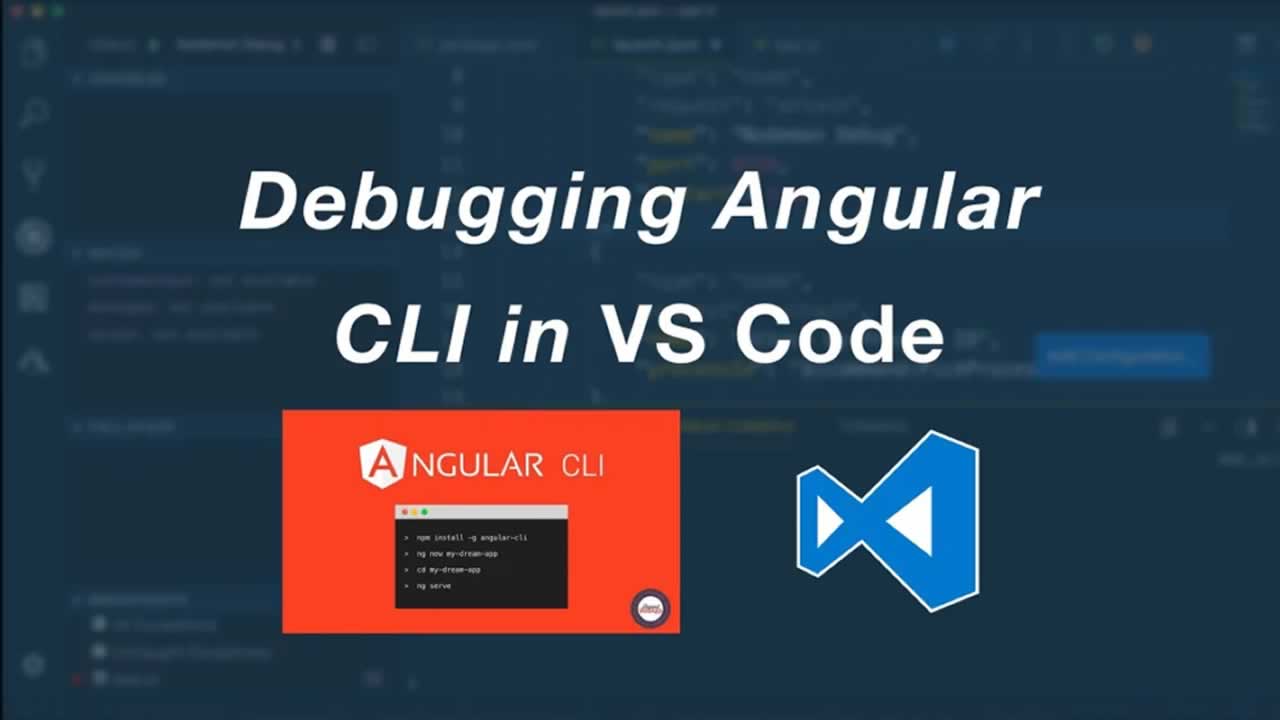 In this post, we are going to create an Angular CLI application, then add configuration to debug it in Visual Studio Code.

In this post, we are going to create an Angular CLI application, then add configuration to debug it in Visual Studio Code.

**﻿**For an Angular CLI application, create a debug configuration in VS Code, install the Debugger for Chrome extension, then run in debug mode.

After that finishes, you’ll need to actually generate your new application. This will take a bit as it needs to install LOTS of NPM packages.

Open the project in VS Code and you should see the following.

Now, that you’ve got your new fancy Angular app, go ahead and run it to make sure everything looks right.

Assuming you’ve made it this far, we are ready to start debugging! Before we do, however, it’s worth understanding how configuring debugging in VS Code works. Basically debug configurations are saved in a launch*.json* file which is stored inside of a .vscode folder. This .vscode folder is used to store different configurations for Code including our required debugging stuff.

Before you create your debug configuration, you need to install the Debugger for Chrome extension. Find and install this extension from the extension tab in VS Code. After installing, reload VS Code.

To the right of that dropdown, there is a gear icon. Click this button to have VS Code automatically generate that .vscode folder and launch.json file mentioned above.

You should get the following configuration created for you.

Now we’re ready! Go ahead and click the play button at the top of the Debug panel which will launch an instance of Chrome in debug mode. Keep in mind your app should already be running from using ng serve earlier. In VS Code, you should see the Debug toolbar pop up.

Now, refresh debugging by clicking the refresh button on the debugging toolbar. This should open your application again and trigger this breakpoin. You should be directed back to VS Code directly to the place where you set your breakpoint.

☞ Build a Basic CRUD App with Laravel and Angular

Deploy an Angular App from Visual Studio Code to Azure

In this article we will learn how deploy an Angular App from Visual Studio Code to Azure - What do you get when you mix Angular 6, Node 10, Visual Studio Code and Azure? A really quick and slick way to develop and deploy a web application using the latest and greatest technologies. Keep reading to find out how.