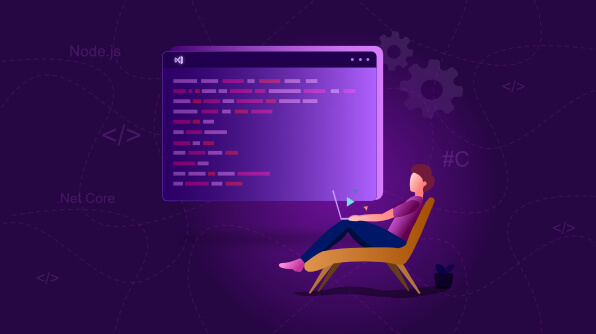 Extensions are an indispensable part of project development. They play a vital role in improving your productivity on a project, helping you customize your project, and more. Visual Studio Code extensions are add-ons that enhance your productivity and allow you to customize your project by adding new features or integrating existing tools into it. These extensions can customize existing or new projects by adding files, new palettes, menus, commands, and so on.

This post explains how to create a Visual Studio Code extension that creates a new project palette.

Step 2: Run the following command to install the Code Generator:

Now the extension is ready for use with a TypeScript or JavaScript project.

Step 3: Run the following generator command and wait for some time (approximately 5 minutes) for the extension generator to be loaded.

Step 4: Fill out all the fields for a TypeScript project as illustrated in the following screenshot. 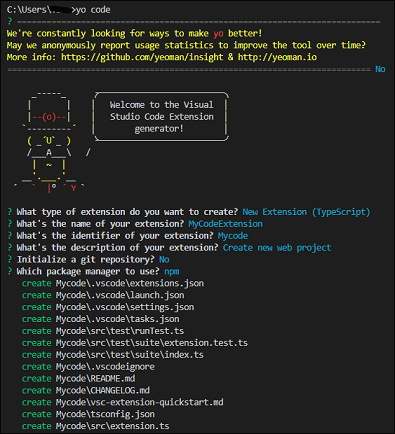 The extension project has been created successfully.

Step 5: Open the project by executing the following command:

cd Mycode //The Mycode is an extension identifier name.

The project will be shown in the Explorer window as in the following screenshot. 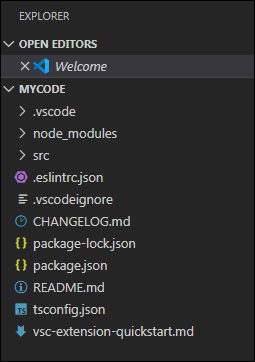 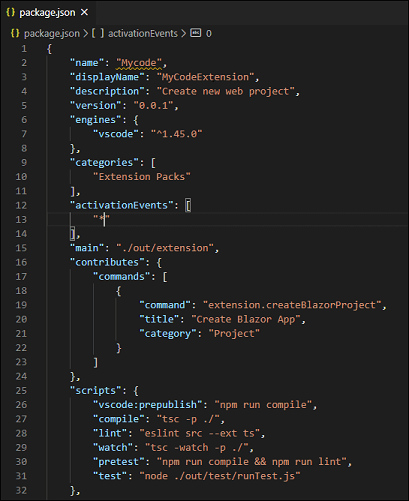 We can create a project template for any project type available in the dotnet new command. Here, I am going to create a new *Blazor *project for demonstration purposes.

Step 1: Create a new folder in the following structure.

The following screenshot shows the output on running the command.

Today, we are announcing our Markdown extension for Visual Studio Code.