First, make sure you have followed the previous tutorial and that you have started your development server on the http://localhost:8000 address.

Laravel 6 has moved the auth scaffolding into a separate Laravel/UI package that you need to install in your project using the following command from a new terminal:

This is the output of the command:

Next, you can run the following command:

This is the output of the command:

You should run the previous command on new Laravel 6 projects for generating a complete layout with registration, login, and password reset views and routes for adding authentication. This will also generate a HomeController for handling the requests after login.

The php artisan ui vue --auth command will create the necessary views for authentication and put them in the resources/views/auth folder.

The ui command will also generate a resources/views/layouts folder that contains a base layout for your application which makes use of the Bootstrap CSS framework.

Now that you have added the routes and views for the existing authentication controllers, users can register and authenticate.

The authentication controllers contain the required logic for authenticating users and create new users in the database so you don't need to add anything else to enable Auth in your application except if you want to customize the look or behavior which we'll see later.

In your web browser head to the http://localhost:8000/register address, you should see the following interface: The views have no styling. You can change that by installing and building the frontend dependencies using the following commands from the root of your project:

If you have the Unhandled rejection Error: EACCES: permission denied error, you simply need to use sudo before your command in Ubuntu or macOS systems:

We now have a better looking UI. This is a screenshot of the login page:

If you register for an account, you'll be logged in and redirected to the /home path which is mapped to a HomeController where you can also invoke the logout method:

Open the routes/web.php, you should find the following code:

The Auth::routes() method includes the routes for login, registration, logout, and password reset. This method along with the home route was added when added the auth scaffolding in the previous section.

Laravel provides the LoginController, RegisterController, and ResetPasswordController controllers out of the box and you can also provide your implementations if you have special requirements.

The authentication controllers are located in the app/Http/Controllers/Auth folder.

How to Protect Routes

In a web application, you add authentication for primarily protecting some pages or routes for unauthorized access.

In Laravel, you can protect a route using a middelware.

Laravel has a builtin auth middleware, which exists in Illuminate\Auth\Middleware\Authenticate. It’s also registered in the HTTP kernel of your app, you can simply add it to your desired route to prevent unauthenticated users from accessing it.

Let’s see how the home page is protected so we can protect other pages in the same way:

Open the app/Http/Controllers/HomeController.php file. It has the following code:

In the constructor (the __construct() method) of the controller, you can see a call to the middleware() method with the auth middleware.

In this tutorial, we have added authentication to our CRM app built with Laravel 6.

Adding authentication is Laravel is a breeze as you have seen since the framework provides a complete auth system with register, login, logout and password reset out of the box that can be sufficient in many cases. But if you want to handle special requirements you can also provide your custom auth controllers but you don’t need to implement the base functionalities from scratch, you can use the various authentication services available from the Auth facade.

If you have used Laravel before, you’ll find some changes in Laravel 6. For example, the auth routes and views are now part of the separated laravel/ui package that you need to install in your project using Composer before you can call the php artisan ui vue --auth command that replaced the Laravel 5’ artisan php artisan make:auth command.

☞ Laravel 6 Tutorial - How to make Auth in Laravel 6 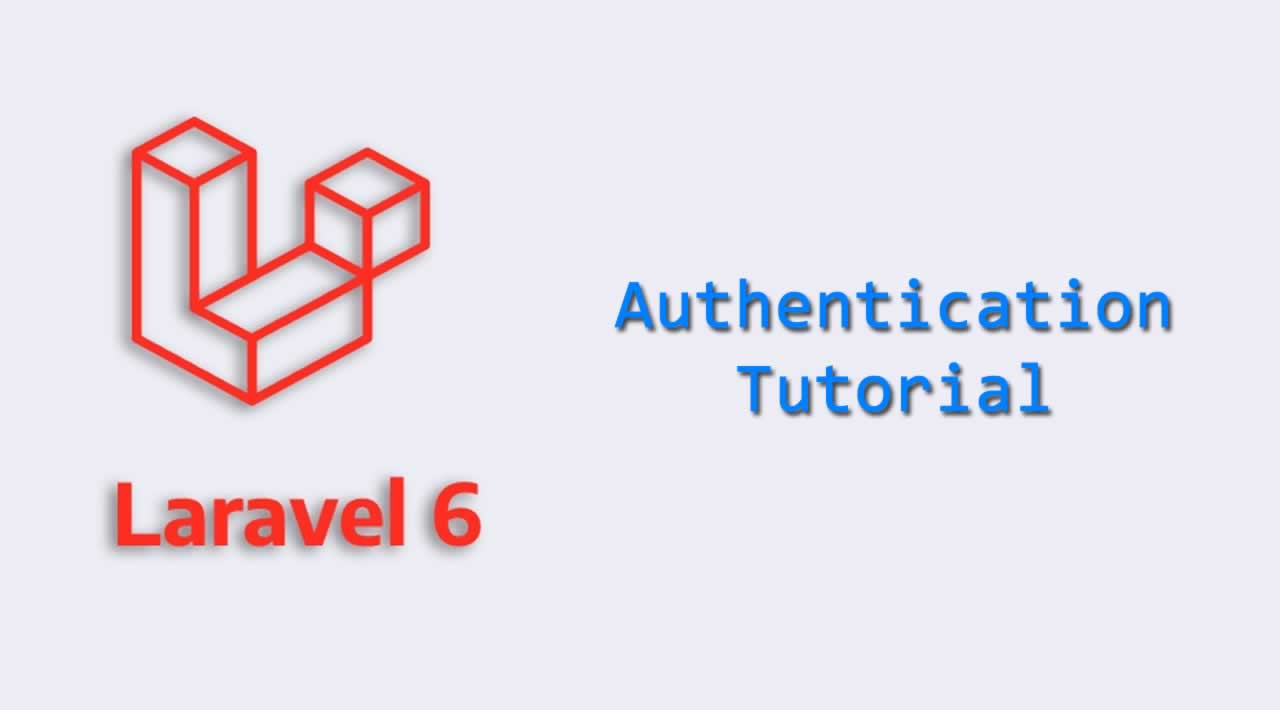 Hello guys, Today in this post we’ll learn How to Create a Simple Login Page with a fantastic design. To create it we are going to use pure CSS and HTML. Hope you enjoy this post.

A login page is one of the most important component of a website or app that allows authorized users to access an entire site or a part of a website. You would have already seen them when visiting a website. Let's head to create it.

Whether it’s a signup or login page, it should be catchy, user-friendly and easy to use. These types of Forms lead to increased sales, lead generation, and customer growth.

Congratulations! You have now successfully created our Simple Login Page in HTML and CSS.

My Website: codewithayan, see this to checkout all of my amazing Tutorials.

What is 2FA
Two-Factor Authentication (or 2FA as it often referred to) is an extra layer of security that is used to provide users an additional level of protection when securing access to an account.
Employing a 2FA mechanism is a vast improvement in security over the Singe-Factor Authentication method of simply employing a username and password. Using this method, accounts that have 2FA enabled, require the user to enter a one-time passcode that is generated by an external application. The 2FA passcode (usually a six-digit number) is required to be input into the passcode field before access is granted. The 2FA input is usually required directly after the username and password are entered by the client. You can create and manage authentication in Laravel 8 easily using inbuilt packages. User authentication is always the most important concern of any web application. If you want to handle the application functionalities and roles then it always requires a user module. On the basis of the user, you can manage the rights of access in the application. I already shared a post on one of the latest features of Laravel 8 for managing authentication using Jetstream and Livewire. In this post, I will show you how you can create authentication without using Jetstream. I will be going to use the Laravel UI package. Here, I will be starting with a new project in Laravel 8. So, let’s start.