Python IDE and editors for Python programming in 2020 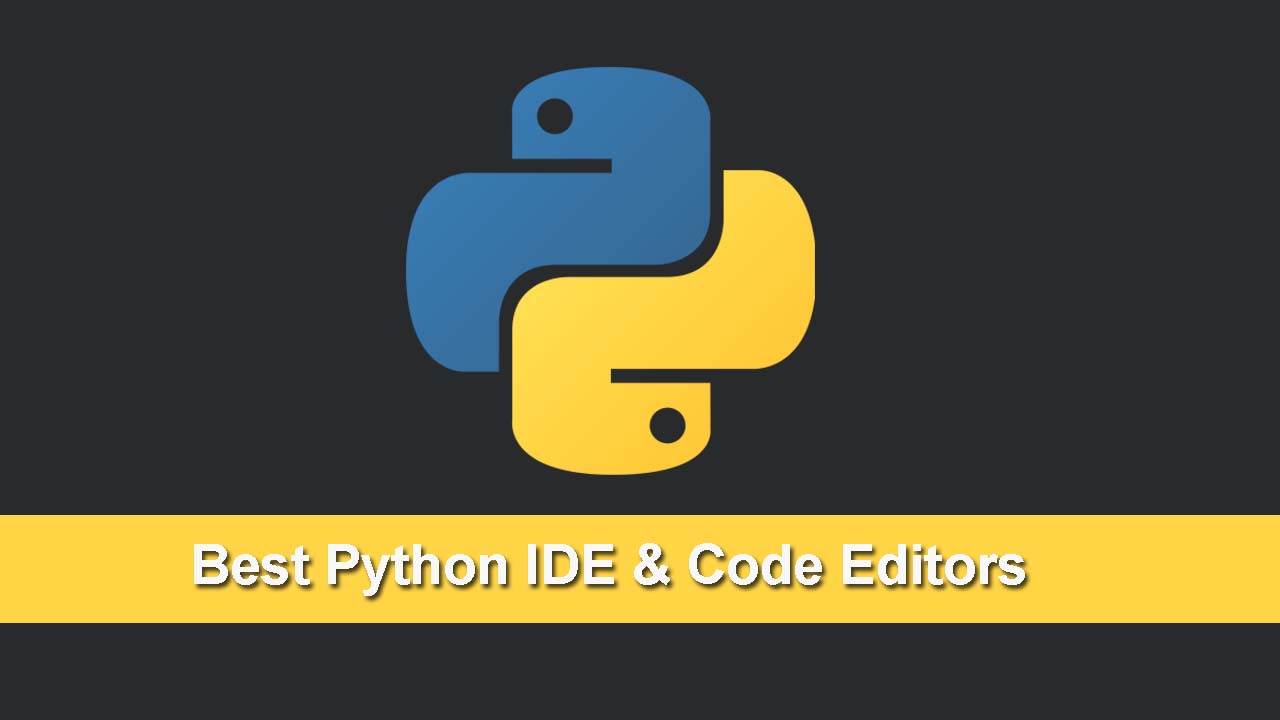 Let’s highlight Best Python IDE and editors for Python programming in 2020..As we know Our favorite Python IDE can become an unparalleled ally when it comes to code completion and visual assistance for debugging and building our app.

As we know Our favorite Python IDE can become an unparalleled ally when it comes to code completion and visual assistance for debugging and building our app.

The Best Choice of good Python IDE can easily configure the working environment as a matter of fact leading to better productivity.

Visual Studio Code, a code editor backed by Microsoft, is gaining momentum as a serious contender in the Python development medium, mostly because of its great support for Python out of the box.

Additionally, Visual code has all the nice features we might want are already baked in, including syntax and error highlighting and automatic builds.

WingIDE is a Python-only Wingware IDE. Not to mention WingIDE is suitable for professional development, WingIDE offers features such as awesome code completion, great debugger, and it can be also scripted and extended in Python.

Why The Best IDE?

Pycharm IDE Saves your time. It takes care of your routine in the first place, you can Focus on bigger things.

Additionally, You can Rely on it for intelligent code completion, on-the-fly error checking and quick-fixes, easy project navigation, and much more.

PyCharm is designed by programmers, for programmers, to provide all the tools we need for productive Python development.

Why The Best Python Ide?

PyDev is a Python IDE for Eclipse, it’s open-source IDE which may be used for Python, Jython and IronPython development.

Why The Best Python IDE?

Eric is a full-featured Python editor and IDE, written in Python.

It is based on the cross-platform Qt GUI toolkit, integrating the highly flexible Scintilla editor control.

Furthermore, It is designed to be used as every day’s’ quick and dirty editor as well as being usable as a professional project management tool integrating many advanced features Python offers the professional coder.

Why The Best IDE?

Vim is a highly configurable text editor built to make creating and changing any kind of text very efficient.

It is a superset of Vi – is an extremely reliable and powerful text editor that is available for various platforms.

Why The Best Python editor?

Not to mention You should learn the basic 20 Vi commands.

Before using Vim with a hyper-big library of supported plugins, in like manner, VIM becomes one of the deadliest weapons in the hands of the skilled developer.

Developed by GitHub in the first place, the highly customizable environment and ease of installation of new packages have turned Atom into the IDE of choice for a lot of people.

Atom is a text editor that’s modern and approachable, yet hackable to the core—a tool you can customize to do anything but also use productively without ever touching a config file.

CodeMix brings the power of the VS Code to Eclipse. Using CodeMix you can develop Python apps in Eclipse with ease. With CodeMix, you can add the popular VS Code Python extension by Microsoft to have first-class support for coding Python in Eclipse.

CodeMix becomes an unparalleled ally when it comes to code completion and visual assistance for debugging and building our Reactjs app. CodeMix will easily configure the working environment, leading to better productivity.

NetBeans is an open-source Integrated Development Environment written in Java and is also one of IDR Solutions’ favorite IDE’s for Python Development.

The NetBeans IDE supports the development of all Python application types ( standard out of the box. NetBeans is modular in design. you can easily extend Netbeans by third-party developers who can create plugins for NetBeans to enhance its functionality.

This is probably one of the most widespread code editors nowadays, although it has lost some momentum lately with users favoring other rising competitors such as GitHub’s very own Atom.

One of the most popular text editors used for coding is Sublime Text. Moreover Sublime has many features that make coding fun, and with plugins, we can add many features to help with our app.

You can surely use any Python IDE of your preference, but the best Python IDE will facilitate our work a lot because the suggested configuration will help you avoid mistakes and save time on typing, running, and debugging your code.

If you need a full-fledged and cross-platform Python IDE, then you should stick to PyCharm, WingIDE, or PyDev.

furthermore both PyCharm and WingIDE have commercial licenses and have personal and or student licenses, as an option,  of course, you can get free licenses for your classroom or in case you’re an open-source developer. PyDev(Eclipse) is free.