The most Common Mistakes that React Developers Make 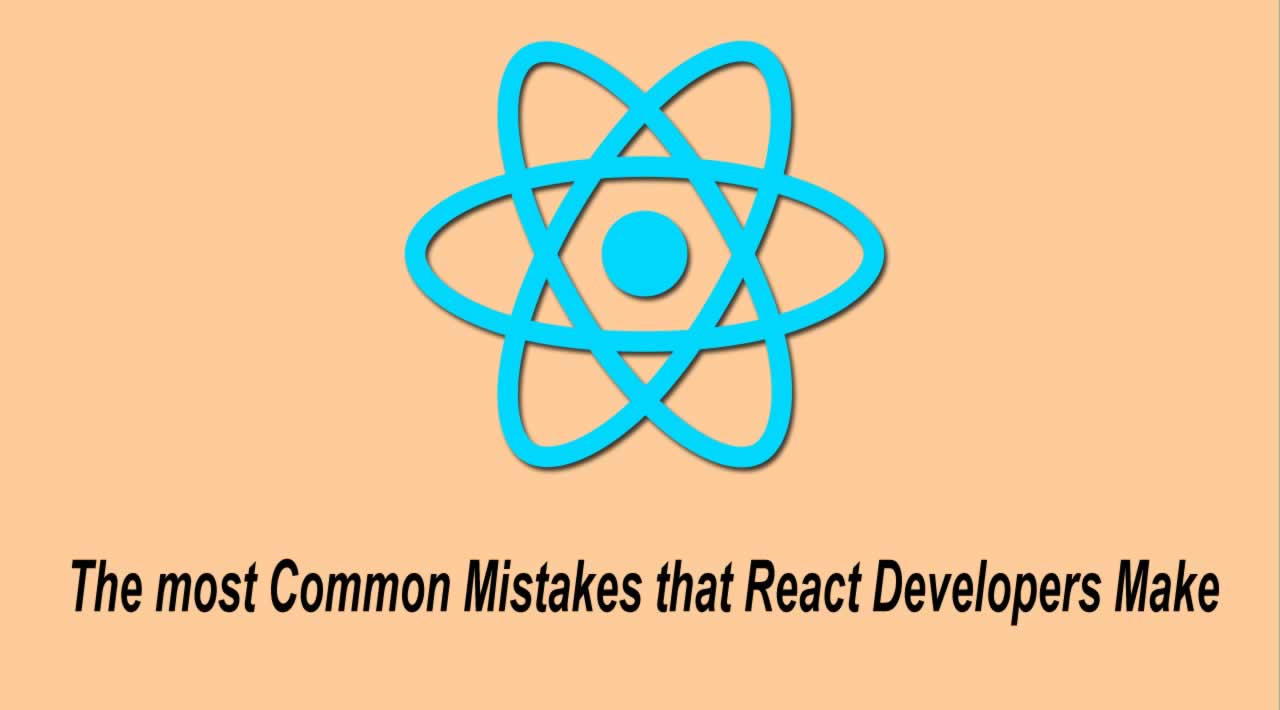 In this tutorial, we will talk about the most common mistakes that some developers made during trainee time and the best ways to overcome those problems...

Answering React-related questions on Stack Overflow, I've noticed that there are a few main categories of issues people have with the framework. I've decided to write about the most common ones and show how to handle them in hopes that it'll be helpful to those new to React or anyone in general, who's struggling with its basic concepts. Both pitfalls of using Class based components and Functional components that use hooks are covered interchangeably.

The state in React is considered immutable and therefore should not be directly changed. A special setState method and the setter function from useState hook should be used instead. Consider the following example, where you'd want to update checked field of a particular object in array, based on the state of a checkbox.

The issue with this code is that the changes to the state won't be reflected in the UI since the state is updated with the same object reference and therefore it doesn't trigger a re-render. Another important reason for not mutating the state directly is that due to it's asynchronous nature later state updates might override the ones made directly to the state, resulting in some evasive bugs. The correct way in this case would be to use the setter method of useState.

By using map and object spread we're also making sure that we're not changing the original state items.

Setting the initial state values to null or an empty string and then accessing properties of that value in render as if it's an object is quite a common mistake. The same goes for not providing default values for nested objects and then trying to access them in render or other component methods.

A similar error happens with setting value on initial state to an empty array and then trying to access n-th item from it. While the data is being fetched by an API call, the component will be rendered with provided initial state, and trying to access a property on null or undefined element will cause an error. Therefore it is important to have the initial state closely represent the updated state. In our case a correct state initialisation is as follows:

From the UX point of view, it's probably best to display some sort of loader until the data is fetched.

3. Forgetting that setState is asynchronous

Another common mistake is trying to access state value right after setting it.

Setting new value doesn't happen immediately, normally it's done on the next available render, or can be batched to optimise performance. So accessing a state value after setting it might not reflect the latest updates. This issue can be fixed by using an optional second argument to setState, which is a callback function, called after the state has been updated with its latest value.

It's quite different with the hooks though, since the setter function from useState doesn't have a second callback argument akin to that of setState. In this case the official recommended way is to use useEffect hook.

It should be noted that setState is not asynchronous in a way that it returns a promise. So slapping async/await on it or using then won't work (another one of common mistakes).

4. Incorrectly relying on the current state value for calculating the next state

This issue is related to the one discussed above as it also has to do with the state update being asynchronous.

The issue with this approach is that the value of count may not be properly updated at the moment when the new state is being set, which will result in the new state value to be set incorrectly. A correct way here is to use the functional form of setState.

The functional form of setState has a second argument - props at the time the update is applied, which can be used in a similar way as state.

The same logic applies to the useState hook, where the setter accepts a function as an argument.

This is one of the less popular mistakes, but happens nevertheless. Even though there are completely valid cases for omitting dependency array for useEffect, doing so when its callback modifies the state might cause an infinite loop.

6. Passing objects or other values of non-primitive type to the useEffect's dependency array

Similar to the case above, but more subtle mistake, is tracking objects, arrays or other non-primitive values in the effect hook's dependency array. Consider the following code.

Here when we pass an array as a dependency, React will store only the reference to it and compare it to the previous reference of the array. However, since it is declared inside the component, features array is recreated on every render, meaning that it's reference will be a new one every time, thus not equal to the one tracked by useEffect. Ultimately, the callback function will be run on each render, even if the array hasn't been changed. This is not an issue with primitive values, like strings and numbers, since they are compared by value and not by reference in JavaScript.

There are a few ways to fix this. First option is to move variable declaration outside of the component, so it won't be recreated every render. However, in some cases this is not possible, for example if we're tracking props or tracked dependency is a part of the component's state. Another option is to use a custom deep compare hook to properly track the dependency references. An easier solution would be to wrap the value into useMemo hook, which would keep the reference during re-renders.

Hopefully this list will help you to avoid the most common React issues and improve understanding of the main pitfalls.

Getting Started with React - 2019 Edition

The Best React Extension for VS Code