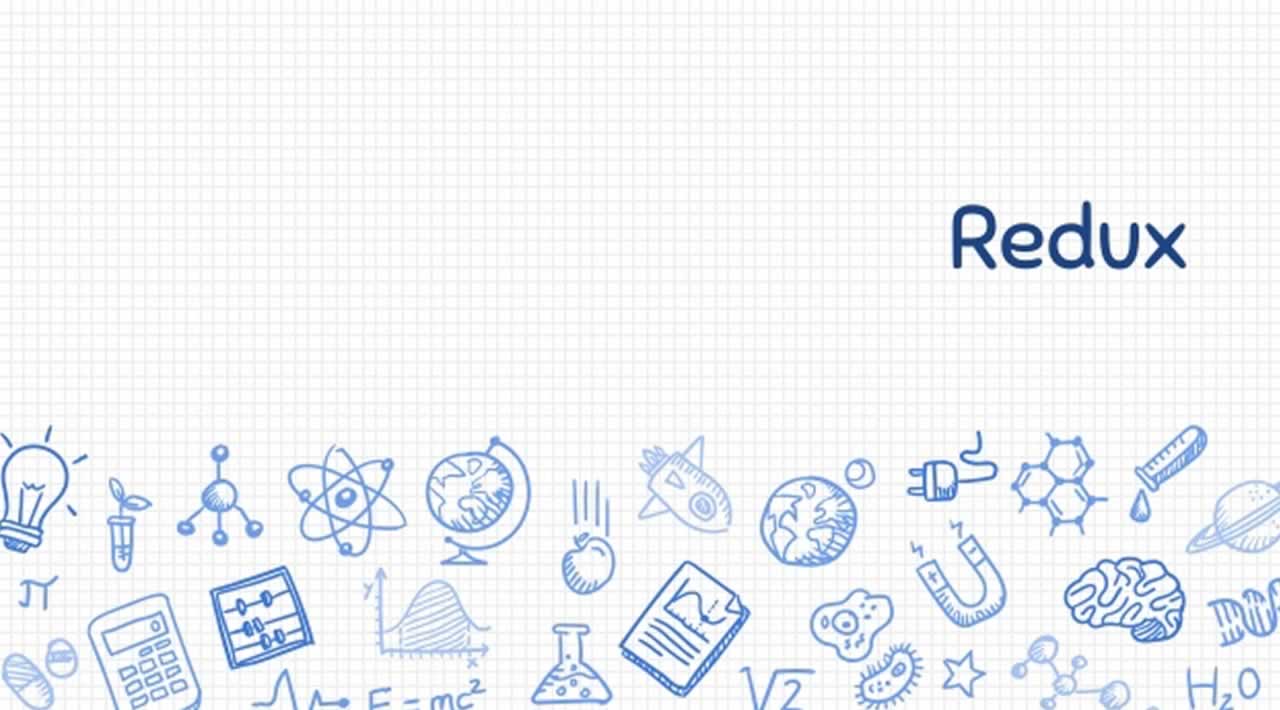 I started learning Redux a few days back and it was an overwhelming concept for me at the start. After polishing my skills in ReactJS by making a&nbsp;<a href="https://github.com/aimenbatool/my-reads" target="_blank">personal book reading application</a>, I headed towards Redux to learn more about it.

I started learning Redux a few days back and it was an overwhelming concept for me at the start. After polishing my skills in ReactJS by making a personal book reading application, I headed towards Redux to learn more about it.

Today, I’m going to share a few core Redux concepts without using any view library (React or Angular). This is a kind of a personal note for future reference but it can help others as well.

Let’s dig in together!

Redux is an open-source library to improve the predictability of the state in a JavaScript application. It is an independent library. It is commonly used with other libraries like React and Angular for better state management of the application. Redux was created by Dan Abramov in 2015 to handle complex state management in an efficient way.

When an application grows larger it becomes harder to manage the state and debug for issues. It becomes a challenge to track when and where the state is changed and where the changes need to be reflected. Sometimes a user input triggers some API call which updates some model. That model in turn updates some state or maybe the other model and so on.

In such a situation it becomes grinding to track the state changes. It happens mainly because there is no defined rule to update a state and state can be changed from anywhere inside the application.

Redux tries to solve this issue by providing a few simple rules to update the state to keep it predictable. Those rules are the building blocks of Redux.

As we discussed earlier, the main purpose of Redux is to provide predictable state management in our applications. Redux achieves this by having a single source of truth, that is a single state tree. The state tree is a simple JavaScript object which holds the whole state of our application. There are only a few ways to interact with the state. And this makes it easy for us to debug or track our state.

We now have only one main state which occupies the whole state of the application located at a single location. Any changes made into the state tree are reflected in the whole application because this is the only source of data for the app. And, this is the first fundamental principle of Redux.

The state of your whole application is stored in an object tree within a single store. — Official docs

The ways you can interact with a state tree are:

Let’s talk about the methods a store gives us to interact with the state.

Now when we have a store which contains a state tree and a few ways to interact with the state, how can we update application state?

Updating state in the application:

The only way to update a state is to dispatch an action. This is the 2nd rule.

An action is a plain JavaScript object to keep track of the specific event taking place in the application. What makes it special is a ‘type’ property which is a necessary part of it.

Actions can have as much information as you want. It is a good practice to provide less and necessary information — preferably an id or any unique identifier wherever possible.

Here we have an action to add a book to the cart.

Once we define our action we pass it to the dispatcher. store.dispatch() is a function provided by the library which accepts an action to perform an action against the state. Redux restricts updating the state to this method only.

This strict way of updating the state ensures that the state can not be changed directly either by view or any network callback. The only way to update a state is by defining the action and then dispatching it. Remember that actions are plain JavaScript objects. Actions can be logged, serialized, and replayed for debugging purposes.

We now have a store, a state, and an action in our app to perform some tasks against the state. Now we need a way to use these actions to actually do the update. This can be done by using a pure function and this is rule #3.

Rule#3 — Changes are made with pure functions

Magic happens here. We need a simple pure function, which, as a parameter, takes the current state of the application and an action to perform on the state, and then returns the updated state. These functions are called reducers.

These are called reducers because they take the collection of values, reduce it to an updated state and then return it. Since reducers are pure functions they do not mutate the original state. Instead, they return the updated state in a new object. Our application can have one or more than one reducer. Each reducer can have a relevant state to perform specific tasks.

Since reducers are pure functions, they should have the following attributes:

If we connect the dots, Redux is a library which has a store that contains a state tree and a few methods to interact with the state. The only way to update a state inside a store is to dispatch an action and define a reducer function to perform tasks based on the given actions. Once dispatched, the action goes inside the reducer functions which performs the tasks and return the updated state to the store. This is what Redux is all about.

What have we learned so far?

Let’s summarize what we have learned so far to connect the dots.

Since Redux is an independent library which can be used with React, Angular or any other library, I avoided making a sample application with any of these view libraries. Instead, I focused on the core Redux concepts only.

Redux can be overwhelming at first and if you are a newbie or junior developer it can give you a tough time. But consistency and a positive attitude is the key to success.

Should I choose Redux or Flux for ReactJS?

Having a similar state, action and unidirectional data flow, the Flux and Redux do have some differences. 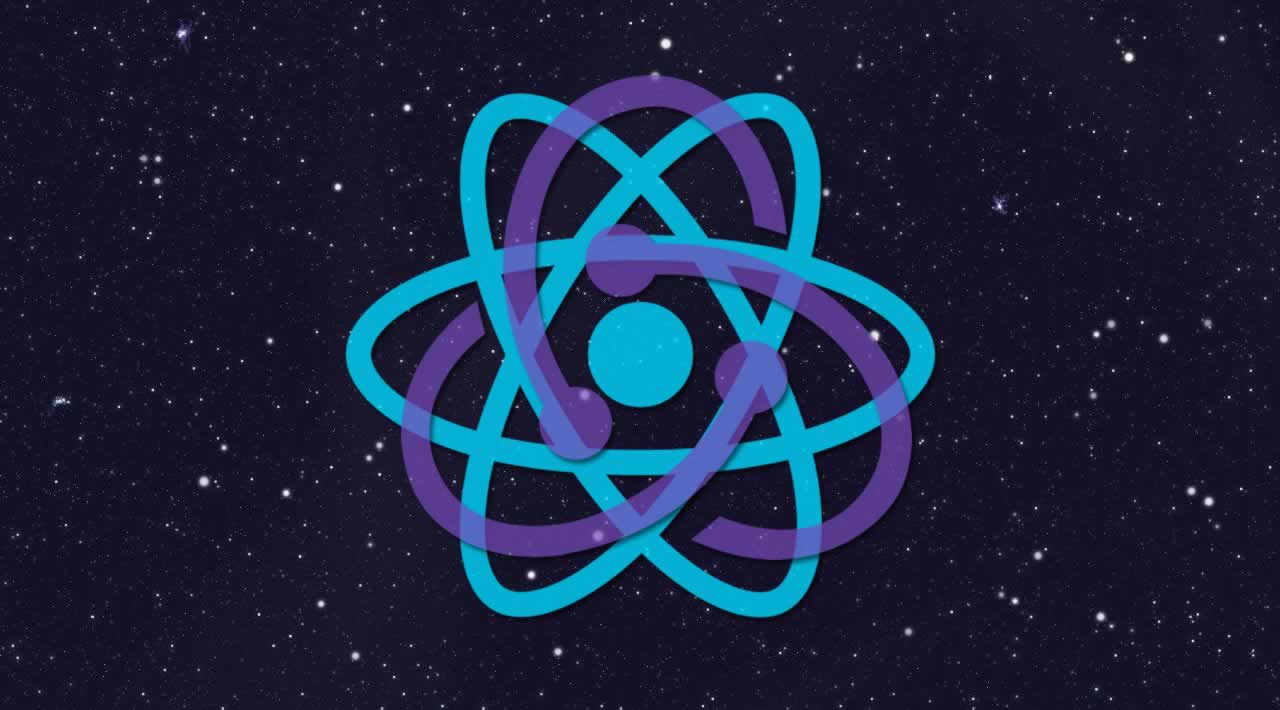 React Redux is maintained by the Redux team, and kept up-to-date with the latest APIs from Redux and React.

React Redux is maintained by the Redux team, and kept up-to-date with the latest APIs from Redux and React.

React is all about moving parts that pass information to each other. You will notice sometimes you have really long chains that go through several containers and several components. This can be a hassle if the data got messed up in one of the steps and you have to slowly backtrack and look through each part to find the error. there is where Redux comes into play! Redux stores all of your state information in a separate object, and any component can get the information it needs from this object. So instead of going home => container1 => component1=> component2, it will go home => Redux Object => component2. Lets see how this all works!

First is the reducer function.

You have two objects that are separate from everything else, the state and the action. The state contains, well, the state of your page, and the action contains the instructions to update that state.

To allow action to modify state, you need a function.

If the action type is ‘JOE-IFY’, change the state of name to be “Joe”. There can be many different commands to change names, typically a switch case it used. However, to make sure a null or undefined is never returned a default case is added that returns the previous state.

Now if you ran the changeState function with the state and “JOE-IFY” you would get {name: “Joe”}.

If you had another action type, for example to change the name to “Bob” it would look like:

Now if you instead ran it with the function “BOB-IFY” you would get {name: “Bob”}. This changeState function is called the “reducer”, as it reduces the state and action into a new state.

You can make it more complicated as well, since an action can have multiple attributes.

You will have to change the function such that it changes the state of name to that of newName. Something like:

This is the gist of how a reducer function works.

Using Redux in a React App

Redux gives you the createStore() function, which when called returns the state. React-redux gives you the “provider” component, where store is passed in and is subsequently passed down everywhere else. React-redux also lets us re-render whenever the specified changes to the state happen via the connect method. Import them both into index.js. Also import your reducer function.

Now we can pass the store and access it in every component. To any component that wishes to access the store, import connect from react-redux and modify the export.

Your components now have access to the state information inside the store object, and are able to access the functions needed to change the state. Just about done!

One final thing. Now what if you had multiple functions? You can theoretically transform all of them into different cases for the same reducer function, but this would be weird; you would have a case for “CHANGE_NAME”, a case for “BUY_FOOD”, and other cases for tons of weird things that have nothing to do with each other. It is better to separate out the reducer functions. This can be done through “combineReducers”.

In the “reducers” folder create a new file called “rootReducer.js”. At the top enter:

Then copy paste your other reducer functions over, but without the export default part in front of them. Then add it to the end.

Note that now to access information from on of the reducers you have to specify the reducer name first now, so instead of “state.name” if name is stored in the nameChanger function you need to do “state.nameChanger.name”.

Go back to your index.js and import rootReducer from “./reducers/rootReducer.js”, you don’t need the earlier individual file imports anymore.

And we are all done! That was a long ride and took me quite a while to figure out, so hopefully this guide helps you learn Redux faster than I did! Happy coding with your newfound knowledge of Redux!