What is the difference between CSS and SCSS 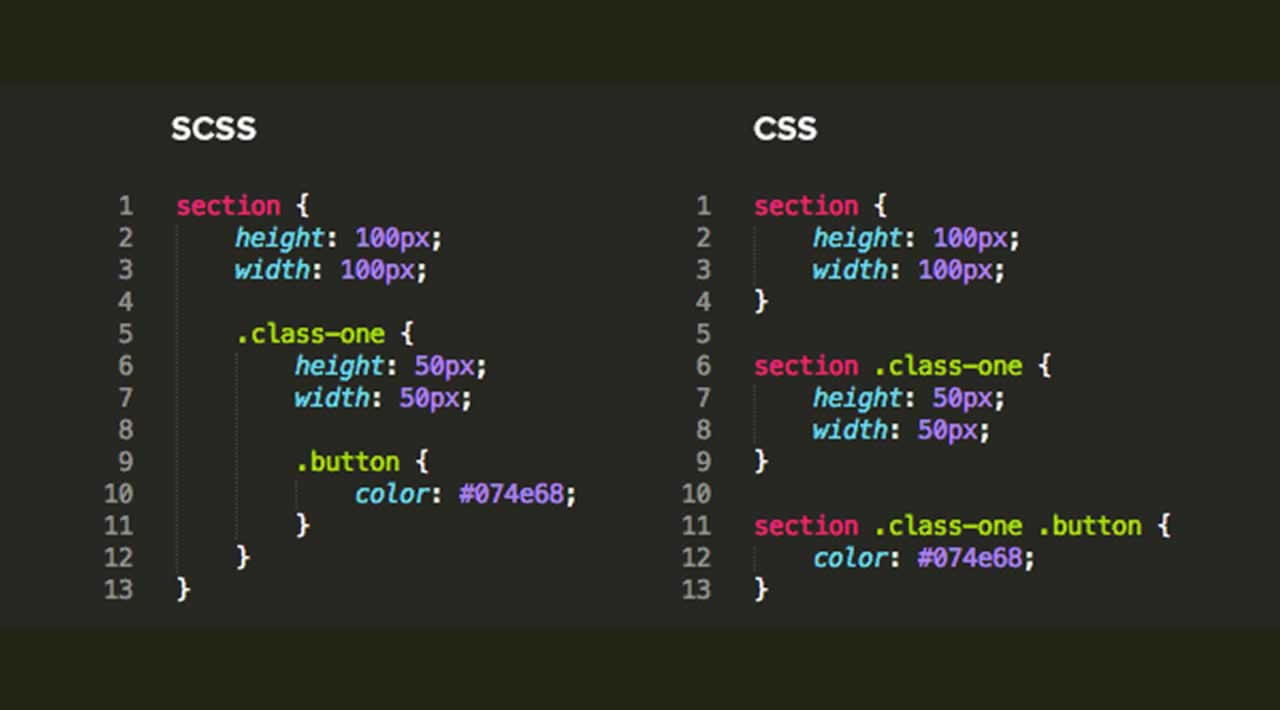 The difference between CSS and SCSS is quite subtle. ... readibility

1: SCSS contains all the features of CSS and contains more features that are not present in CSS which makes it a good choice for developers to use it.

2: SCSS is full of advanced features.

3: SCSS offers variables, you can shorten your code by using variables. It is a great advantage over conventional CSS. * Example: In CSS

5: SASS adds the feature of @import which lets you import your customized SCSS files. Example:

6:. SASS allows us to use nested syntax. Let’s say if you have to style a specific ‘paragraph’ in ‘div’ in ‘footer’ you can definitely do that by SASS. Example:

7: At last, what makes SASS a good option to use is that it is well documented.

Is Sass CSS with Superpowers?

If you start using Sass, you never want to write CSS by hand again. If you're new to frontend development like me, maybe you heard or read that, but what is Sass, and is it really that amazing?

Learn some simple tips to accelerate your CSS by adopting Sass. Easily increase readability, reliability and reusability. Sass is awesome. It’ll save you some time and sanity.