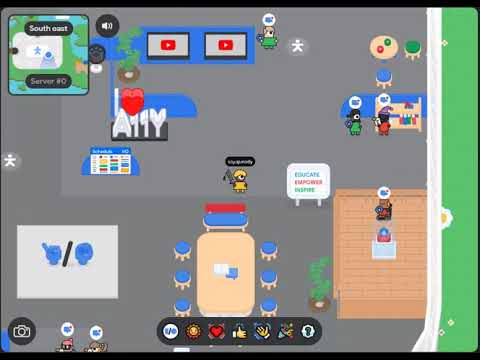 Apple has come up with many tools such as Metal, Swift programming language, and Xcode 8 development environment, to make an iOS app and game development much easier than ever for beginners. A large number of other resources are also available to make app or game development a smooth and comfortable process for iPhone app developers. Moreover, with the enhanced features of iPhones, iPads, and Apple Watch and many other advances in technology such as AI, AR, VR, etc. you can incorporate new and advanced look for your game app, which provides players with a mesmerizing experience.

Using newer technology, developers have managed to create extraordinary and addictive games for players that have taken the whole world by surprise. Anyone with some programming experience can use creativity and actually develop an iPhone game app that generates enormous revenue. However, in order to build an iOS game app from scratch, you need in-depth awareness and insight. Thus, developing an iOS game app that can do good business is no child’s play, and you need to work strategically towards your goal.

#1: Come up with a unique, new idea and fresh vision

With a large number of games being added to the app store, you need to beat the cutting-edge competition with an original idea for a magnificent game. When you combine an idea with a strong vision, you can expect wonders. Your fresh and new vision will help you go ahead down the course of development. Popular games that you know today, such as Pokemon Go, did not happen overnight, the makers did a lot of contemplation with regards to its usability, viability, and likeability.

You need to research the app market and analyse the game apps that have theme matching your idea. You can take note of the type of game music, sound effects, graphics and art styles, characters, type of gameplay, background theme, winning actions, scoring system, etc. used by them. This may take a few days or weeks or months, and after this, you can build your strategy. If no one has worked on your idea/theme before, you can still push it forward and develop an original iOS game app.

#2: Check for all prerequisite skills

You need wide skillset at different stages of mobile app development, and it is a pre-requisite to check your team of programmers, project managers, graphic designers, and managers is well-equipped with all these skills. The proper understanding of core coding concepts is a must if you want to code using either Swift or Objective-C. The basic requirements include Xcode and Interface Builder, UIKit, and MVC. The concepts of Core data, TableViews, Clean coding principles, instruments, building to devices, Git, Subversion, threading and concurrency. Your team also needs to be well-versed in Unit testing, Push notifications, and an in-app purchase to help you build a superior iOS game app.

Tip: Design forms the most important aspect of any creative iOS game app. You need to focus highly on graphics rather than text. Thus, a deep knowledge of game design is needed to make a winning game app.

Apple has provided developers with tools to make the game development process easy for them, but it is up to them to select the precise graphics tools. Using the correct tools, iOS app developers can define and controls visuals of any iOS game. So, there is need to check the pros and cons of each tool before selecting it. Some of the commonly used tools include:

Metal: This is a low power consuming, exclusive iOS tool that helps produce fascinating, high-quality game visuals while overpowering the hardware limitations of the iOS devices. However, It is mostly supported only new iPhone devices and is used for developing small, less sophisticated apps.

GameSalad: This tool is a handy game creation library that is highly useful for aspiring iOS game app developers who do not have thorough game app designing experience. Using the drag and drop feature of the tool, developers can develop the gaming apps much faster with this popular tool.

Cocos2D: This is a third-party open-source framework for creating iPhone games that are compatible with both Swift and Objective-C. Efficient, easier, and faster game coding is possible with this tool.

OpenGL ES: This is the cross-platform alternative for building graphics-rich and delightful iOS game apps. It is constantly updated, compatible with almost every platform, and versatile for both complex and straightforward gameplay.

Apple offers a variety of options for programming and coding of the game app. You can choose the ones you find easy and fast to help in your iOS game app development process.

Xcode: Game development in iOS and Mac is facilitated by this freely available Integrated Development Environment (IDE) provided by Apple. The languages that usually go well with Xcode games are C++, Objective-C or Swift.

Objective C: Though this was the old language used by iOS game developers, a large number of iOS game app development tutorials still convey instructions based on Objective-C.

Third-party frameworks: Xamarin, Python, RubyMotion, and other such third-party frameworks provide alternatives for developers if they don’t want to opt for Swift as a programming language. These can be used without any need for learning new aspects.

Corona and PhoneGap: These can help you in using your web app development skills, including JavaScript, CSS, HTML, to create an iOS game.
#5: Sound effects and music

As sounds and music make the gaming experience completely immersive, it is very important to focus on this aspect. You can either create sounds yourself or record them for use or you can use public creative sound libraries for the same. A few of them are Audacity, pdsounds, freesound, soundjay. You can also outsource to gain variety and creativity of talent from online marketplaces such as Fiverr and Upwork.

Before its final release, the game app needs to be tested for performance and bugs. You can either do it yourself or outsource it to an app-testing company. After testing check if all guidelines given by Apple are complied with and your app must be harmless, clean, original, and has all iOS-specific features.

The process of iOS game app development depends on how you conceive, strategize, and build it. You need to assure that you have sufficient programming skills, iOS specific tools, graphics, sound effects before you pull-off. After testing, you can be fully confident about your app and submit it to the Apple’s Play Store.