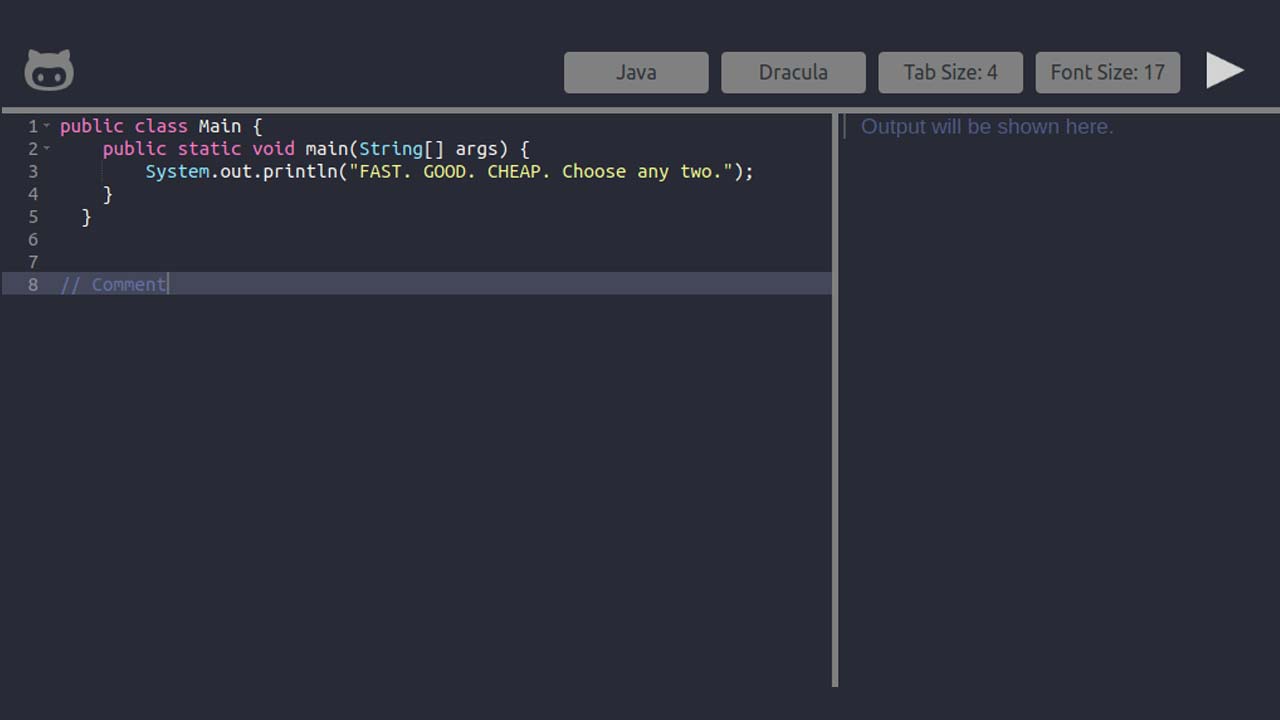 Remote Code Execution system built with NodeJS and ReactJS. Have you ever wondered how code execution on competitive programming websites works? Code that runs code. Tried implementing that.

Try out the live system here. 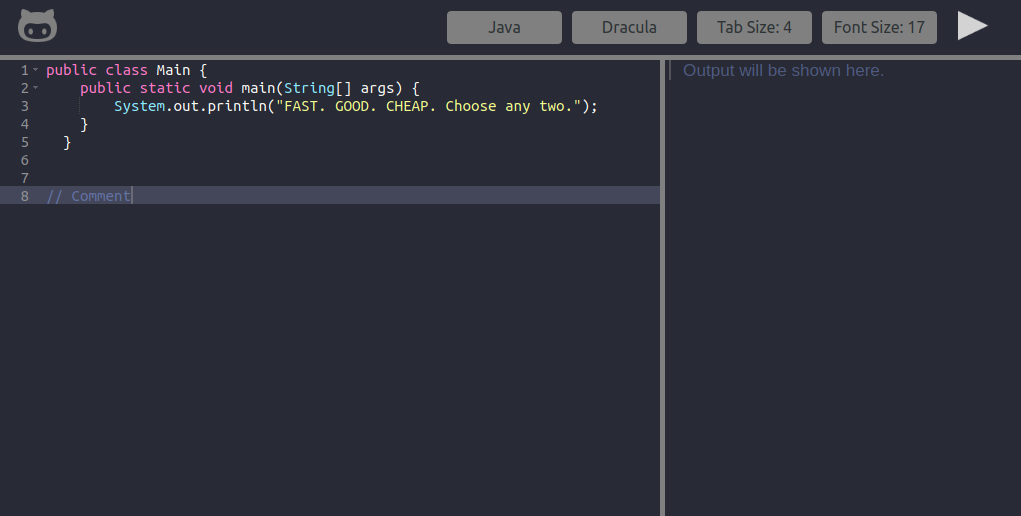 Have you ever wondered how Remote Code Execution works?

This happens on sites like HackerRank & competitive programming websites. You write some code then it's executed on another computer(server). The results are then shown to you.

I tried implementing that.

For development, you will only need Node.js and a node global package, Yarn, installed in your environement.

If the installation was successful, you should be able to run the following command.

If you need to update npm, you can make it using npm! Cool right? After running the following command, just open again the command line and be happy.

After installing node, this project will need yarn too, so just run the following command.

To run both the frontend and backend run the run script

Made with love by Paul Onteri.

Application built with ReactJs and Restful API in NodeJs

App Instagram made with ReactJs, NodeJs, MongoDB and Socket.io.Application built with ReactJs and Restful API in NodeJs

Project made with ReactJS, React Native and Node.js

Project made with ReactJS, React Native and Node.js .Web: To register the Devs, using the GitHub API to obtain data such as: photo, name and bio. On the right side of the registration part, the Devs already registered appear.