Dockerizing a REST API in Python 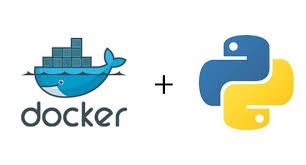 Step by step Dockerizing a Python API as a single file and optimizing the size without any external dependency.

Packaging applications as container images have been quite common for years. While creating container images, for example with Docker, image size becomes significant in many cases; due to network usage, (probably) increased attack surface, disk usage, push-pull time, longer build times, … and the list goes on. The final image frequently includes a lot of unused components; like shells, OS config files, libraries, build-time dependencies. In languages like Go, it is easy to create a statically linked executable and include it in an empty image, even without and OS if possible. But when working with Python and languages that need a virtual machine at the runtime, it is not common to use a way to achieve the same result. In this post, we will introduce a way to create Docker images for Python applications which will be less than 9 MB and based on the scratch image.

Docker enables developers to easily pack, ship, and run any application as a lightweight, portable, self-sufficient container, which can run virtually anywhere. … Containers do this by enabling developers to isolate code into a single container. This makes it easier to modify and update the program

In this video lesson following the first part, we are going to explore docker ecosystem and basic Docker objects: Images, Containers, Dockerfiles, etc. We'll play a little bit with basic Docker commands without covering them in detail.