Data Science has received insane Avengers-level hype in the last ~5 years. But did you know that Operations Research (OR) is every bit as fun, rewarding, and challenging? Unlike data science, however, OR isn’t 100% fixated on brute force applying classification and regression to techniques to any and all problems.**I say this a bit tongue and cheek.**But it’s ~true. There are very few tasks that can’t be coerced into classification or regression problems. But let’s shift gears today and discuss some of those problems. Two high impact problems in OR include the “traveling salesman problem” and the “vehicle routing problem.” The latter is much more tricky, involves a time component and often several vehicles. But for this introductory post, let’s focus on the easier of the two.

What is the traveling salesman problem? (TSP)

Consider a salesman who leaves any given location (we’ll say Chicago) and must stop at x other cities before returning home. Wikipedia conveniently lists the top x biggest cities in the US, so we’ll focus on just the top 25.Like any problem, which can be optimized, there must be a cost function. In the context of TSP, total distance traveled must be reduced as much as possible. A brute force solution is 100% possible for only 25 cities, however, it’s deceptively trickier than you might imagine. There are 15,511,210,043,330,985,984,000,000 unique permutations of 25 cities. This is ~15.5 septillion. Did you know septillion was a word?With these many possible combinations, finding the global optimal solution is a bit like finding a hay in a needle stack. (Yes, you read that right.) In response, our goal isn’t to find the global optimal solution — it’s to find one of countless ~near optimal solutions and avoid the countless moderately good (and outright terrible) solutions. Which is a great segue into genetic algorithms.

What are genetic algorithms?

Genetic algorithms are a class of algorithms that take inspiration from genetics. More specifically, “genes” evolve over several iterations by both crossover (reproduction) and mutation. This will get a bit incest-y, but bear with me. In the simplest case, we start with two genes, these genes interact (crossover) where a new gene is produced receiving some attributes from one gene and the rest from the other. Then, random changes (mutation) are introduced to the new gene. Now there are three genes, two parents and a child; all three are evaluated in terms of a cost function. If the child is the weakest, we delete it and start anew. Otherwise, we remove the weaker of the two parents, then repeat the whole process over with the two remaining genes. _Conceptually, that’ all there is to it._It’s basically make x guesses, create y hybrid guess(es), evaluate the fitness of the gene pool and do some pruning. Rinse and repeat until you converge on a solution. (You will converge on a solution, it just very likely will not be the global optimum.) Yes, because computers are drawing inspiration from genetics, but aren’t intrinsically limited by the characteristics of genetics, the algorithm can have any arbitrary number of parents and children in each iteration. 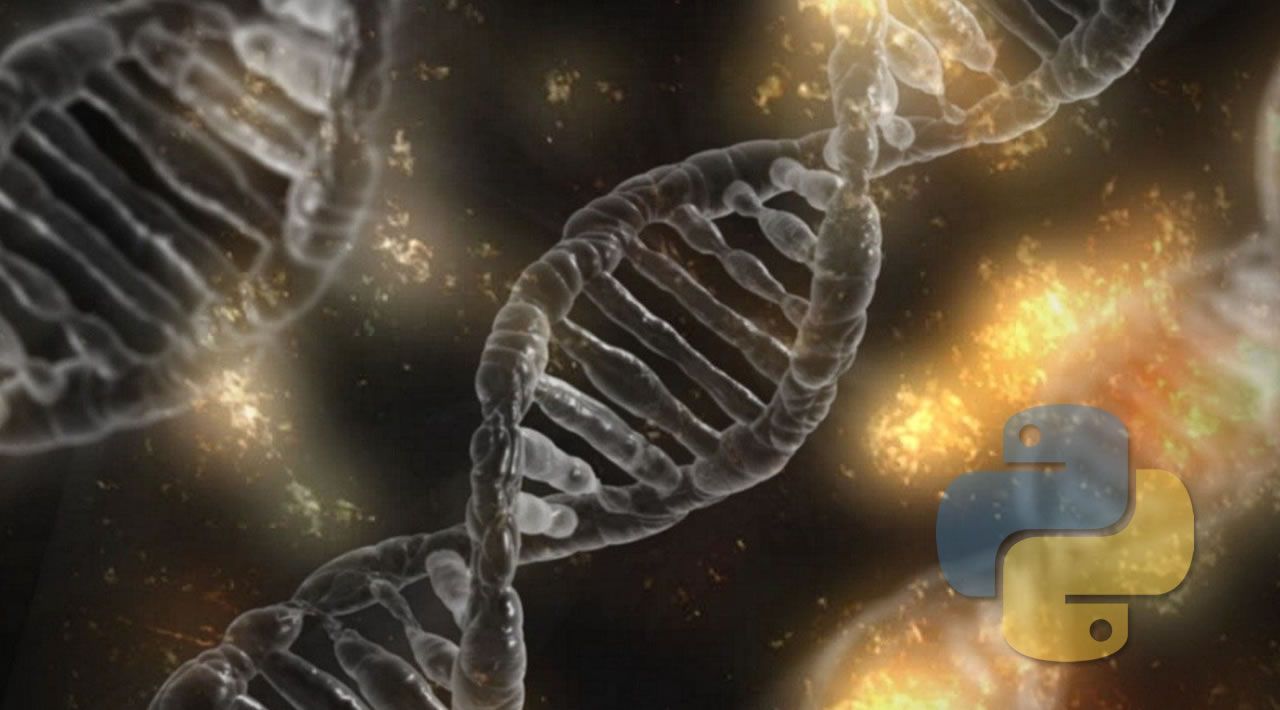 Python Algorithms for Interviews. DO NOT MISS!!!

Learn about common algorithm concepts in Python and how to solve algorithm challenges you may encounter in an interview.

📺 The video in this post was made by freeCodeCamp.org
The origin of the article: https://www.youtube.com/watch?v=p65AHm9MX80&list=PLWKjhJtqVAbnqBxcdjVGgT3uVR10bzTEB&index=8
🔥 If you’re a beginner. I believe the article below will be useful to you ☞ What You Should Know Before Investing in Cryptocurrency - For Beginner
⭐ ⭐ ⭐The project is of interest to the community. Join to Get free ‘GEEK coin’ (GEEKCASH coin)!
☞ **-----CLICK HERE-----**⭐ ⭐ ⭐
Thanks for visiting and watching! Please don’t forget to leave a like, comment and share!