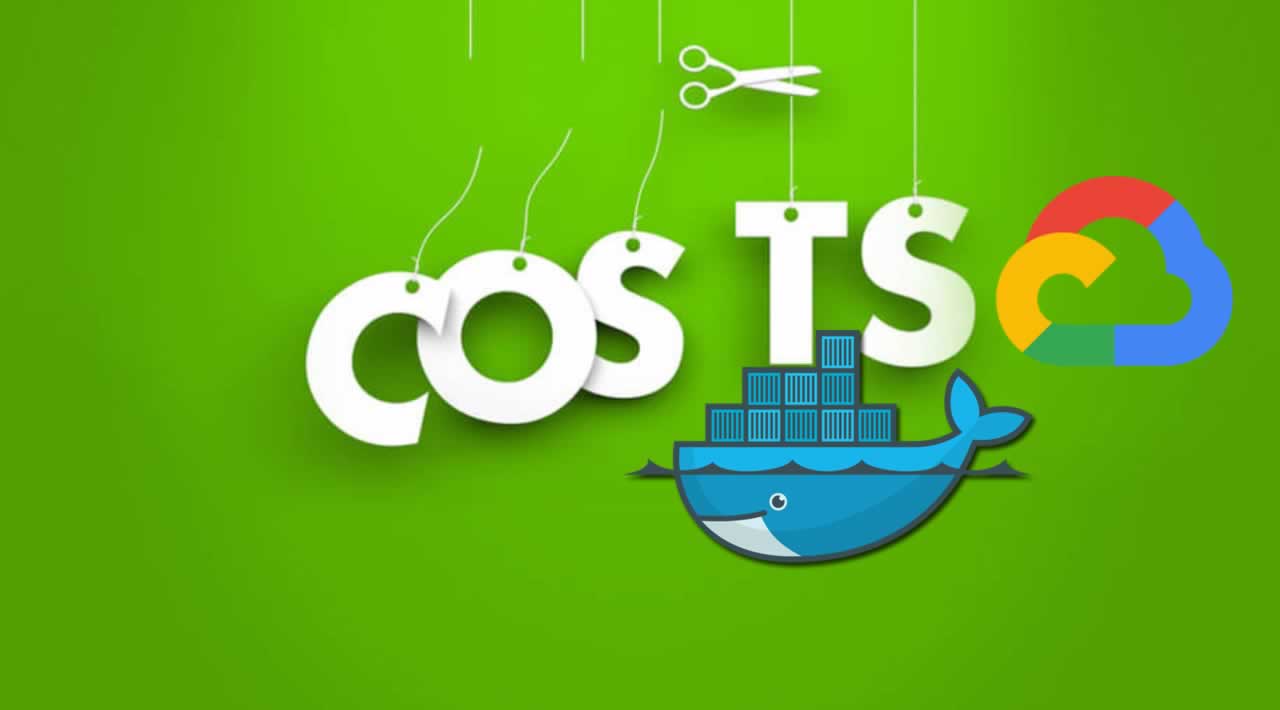 Google Compute Engine has a feature that lets you launch a VM running specific Docker image. I’ve been using that to build DebugBear, a website monitoring tool for developers.

At some point I noticed my Google Cloud Storage spend going up an up (the blue bar). I was being billed mostly for “GCP Storage egress between NA and EU”.

But, that was weird because I hardly use Cloud Storage, yet I was being billed 140GB of network egress a day. What was going on? 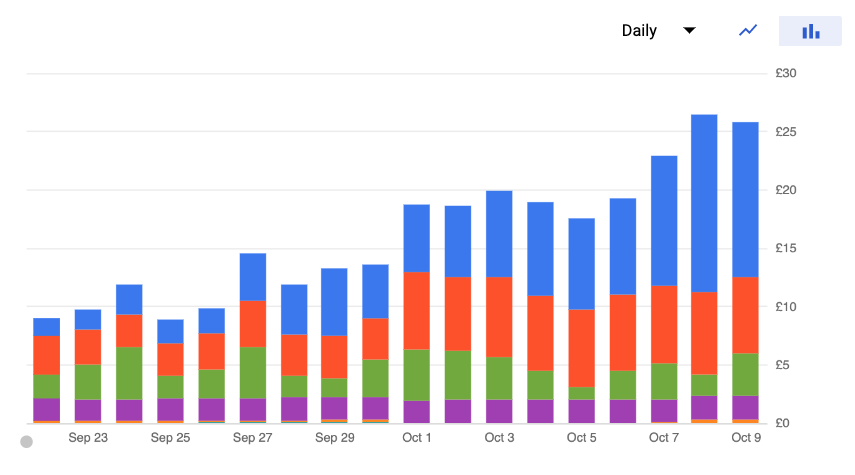 Eventually I realized that this is the cost of downloading the Docker images from Google Cloud Registry.

Network egress is free within a region, so initially I never had any issues since the Docker image was in the US, just like my servers. But as I was adding more VMs in other regions I started being billed each time I launched a VM.

There were two things I could do:

Reducing the size of the Docker image

This was the more straightforward change to make, so I started out with that.

First of all, how big is your Docker image? You can run docker images | head to find out:

However, this will show you the uncompressed size of the image. If you go to the list of containers in the Container Registry dashboard you’ll probably see a lower number, in my case 798MB. That’s what’s being transferred each time a VM is launched.

You can use the docker history IMAGE_NAME command to find out how different steps are contributing to the image size. This will help identify where you can save the most.

When I started working on the Docker image I didn’t really worry about its size. So there were a bunch of easy steps I could take to make the image smaller.

This saved around 400MB.

My node_modules directory also had some easy wins to make it slimmer:

After this I took another look at the big dependencies in node_modules and noticed that I had two large gprc folders with C++ code in them, some files being over 2MB large. These files are needed for the compilation step when first installing the dependency, but once it’s installed they aren’t really needed any more.

So I decided to remove them, so instead of running npm install I ran something like npm install && rm -r node_modules/grpc/deps/grpc/src. This is a bit hacky, and there’s a risk that at some point the dependency will change and those files will be required, but it saved a bunch of space. (You’ll need to do this as one step with &&, I think it’s to do with how layers work in Docker.)

In total doing this saved about 350MB, mostly by not downloading Chromium.

I also had a few chown commands, and by removing them or only applying them to a specific subdirectory I saved around 40MB.

Right now the two biggest contributors to my Docker image size are Chrome and Java. There’s no way for me to get around downloading Chrome, but I’m only using Java to be able to run one command, and I might just move that work out to a different web service.

Impact of the smaller Docker image on VM startup time 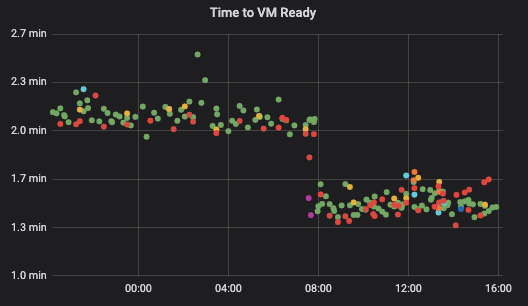 Downloading the Docker image from a nearby region

Downloading 1GB from a US bucket to a VM in the UK will cost £0.10. But if the Docker image is downloaded from a bucket in the EU there’ll be no additional cost. So the ideal solution is to always fetch container images from a nearby location.

Google Container Registry provides three regions: US, EU, and Asia. I copied my Docker image to each region – most of the work here was generating separate VM templates, each using the correct Docker image name.

For the most part these two steps addressed my cost problems. 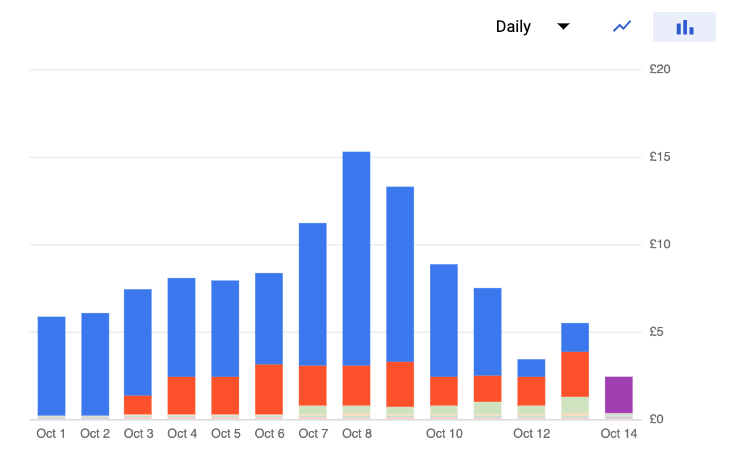 You might notice the little purple bar at the end. That’s “GCP Storage egress between AU and APAC”.

Right now, the servers in Australia cost me £0.20 a day to run, but downloading the images costs £2.01. It’ll actually be cheaper for me to keep the VMs running longer and avoid the startup cost.