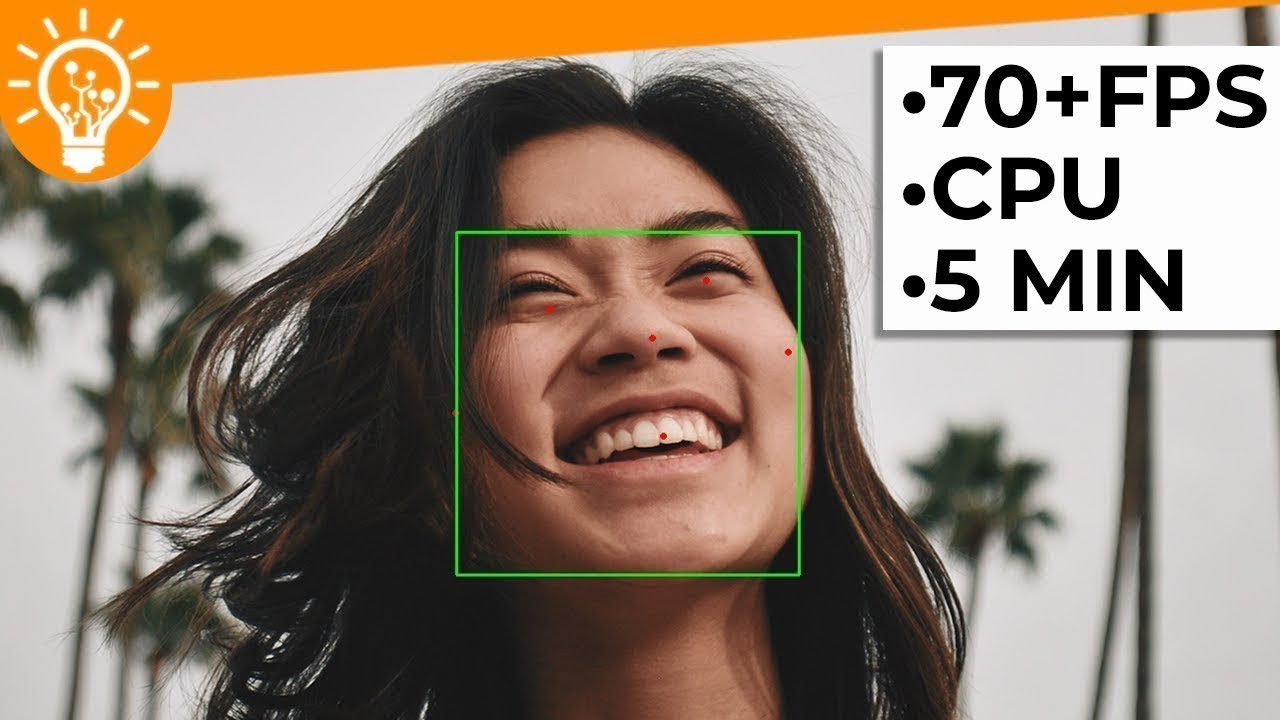 Face Detection which is topic of this video. We are going to talk about What it is, how it works, and how to implement 70+Frames Per Second Face Detection on CPU using the MediaPipe Library...All in under 5 minutes.

Face Detection which is topic of this video. We are going to talk about What it is, how it works, and how to implement 70+Frames Per Second Face Detection on CPU using the MediaPipe Library...All in under 5 minutes.

First up, What is face detection. Well its quite intuitive just detecting faces right? Well the more formal definition is that Face detection is a technology that enables computers to identify human faces in digital images. It is a type of object-class detection in which the task is to find the locations and sizes of all objects in an image that belong to a given class, in this case it is faces.

So the reason why you'd be interested in using face detection, is as we mentioned earlier is to find out

Face Detection is not to be confused with Facial Recognition which is the process of identifying each individual rather than all faces being the same. We'll cover recognition in a separate video.

There are a massive amount of ways in which you can implement Face Detection. Before Deep Learning, face detection use to be done using Haar Cascades.

In our implementation we will use BlazeFace which is a ultrafast face detection model that is both lightweight and accurate.

In this tutorial we will be using the MediaPipe implementation of BlazeFace to achieve over 70+ Frames per second on a 720P video and on CPU! That’s right! No need for expensive CUDA enabled GPU's/

Xgboost regression training on CPU and GPU in python

In this tutorial, we'll learn Xgboost regression training on CPU and GPU in python.

Free Robloxplayer.exe is needed to install and play Roblox games on PC. Download the free Roblox Player.exe file to play any Roblox game on PC.

How To Check RAM And CPU Usage In Laravel

How to Build an Emulator for a Fantasy CPU in JavaScript

Emulators are cool pieces of technology that allow users to run a totally different system on top of another one. Here, we'll explore how a CPU works and how its software can emulate one by implementing a simple machine that will run programs written for a fantasy CPU.

Get CPU Information on Linux

Whatever the reason, on Linux, it's quite easy to determine the processor type and speed from the command line. Get CPU Info in Linux #. The ...