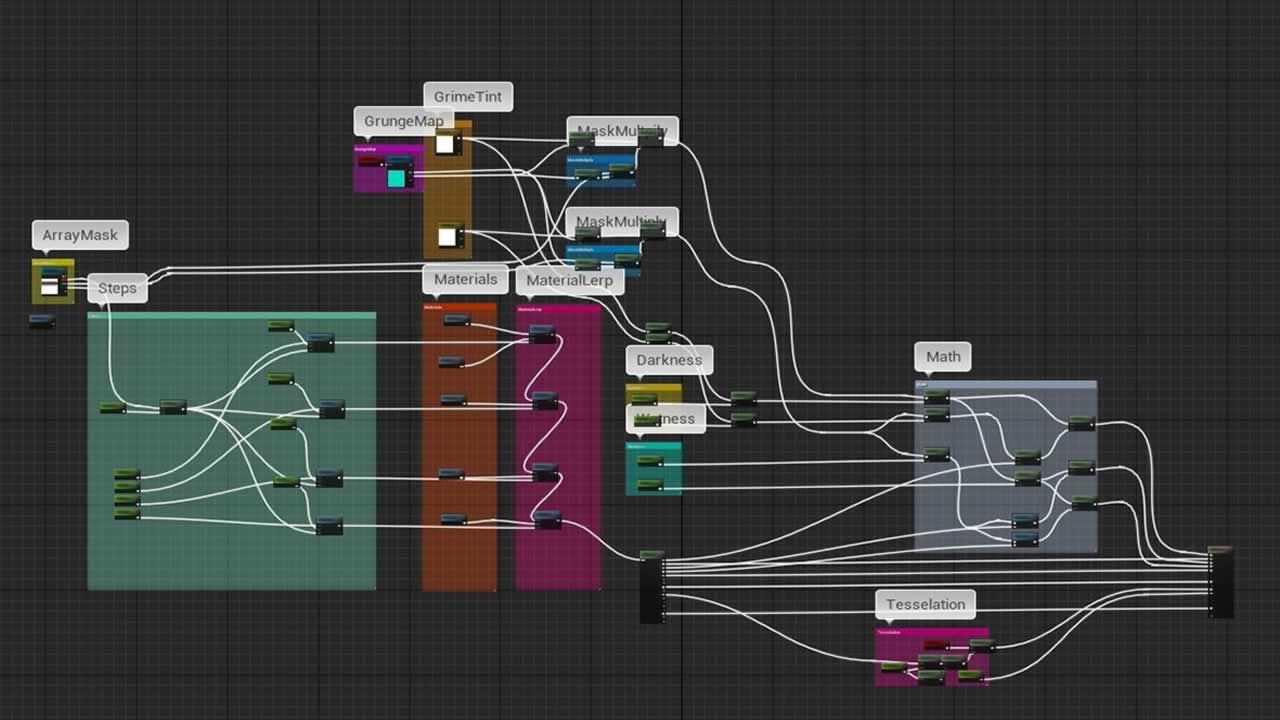 Also known as flow based programming. I’m going to start by showing examples where this form of coding is primarily used and where I first used it.

Also known as flow based programming. I’m going to start by showing examples where this form of coding is primarily used and where I first used it.

A node-based interface to mostly create gameplay elements. As with many common scripting languages, it is used to define object-oriented (OO) classes or objects in the engine. Under the hood these are just C++ functions. Most developers will use this ‘library’ of sort and add their own custom built functions to push it to the next level. Theres lots of games that are made without a single line of code using this.

Epic Games kind of brought this to the market. Encouraging other game studios to adopt the same workflow for their games. But it’s not just limited to the games industry. This used to be a fad about 20yrs ago, but now it’s becoming a part of applications which can aid non-programmers.

Sadly it’s not as powerful for web developers but there’s a few brave people out there. Who have created something similar, will get to that later. The above is a big ```if else``` statement. If the colour is white do this, if its red do something else, etc.

Another industry that uses visual code is the CGI industry.

The above program (SideFx Houdini) is responsible for more than 80% of ‘special effects’ in films now. Due to its powerful node based scripting. It can create realistic clouds, destruction, oceans, mountains…you name it. Games are now adopting this powerful program too, using Python to bridge their game engines and other applications to utilise the unlimited power this program provides.

Node-Red, is one of the few languages I found which is built on top of Node.js. It gives Node.js a visual debug system. Where you are able to see the ‘flow’ of your code…and ultimately see where it goes wrong. There’s not many of these due to the fact its just unnecessary for web developers.

I don’t see node based programming coming to web development soon. Because expressing non-trivial logic in a visual language is very hard and a little harder to untangle and debug than textual languages as soon as your code becomes big.

Google has been using this as a medium to teach and make it easier for new programmers to learn coding. Link here

Nevertheless I hope you can see the power of node based programming and see where it shines.