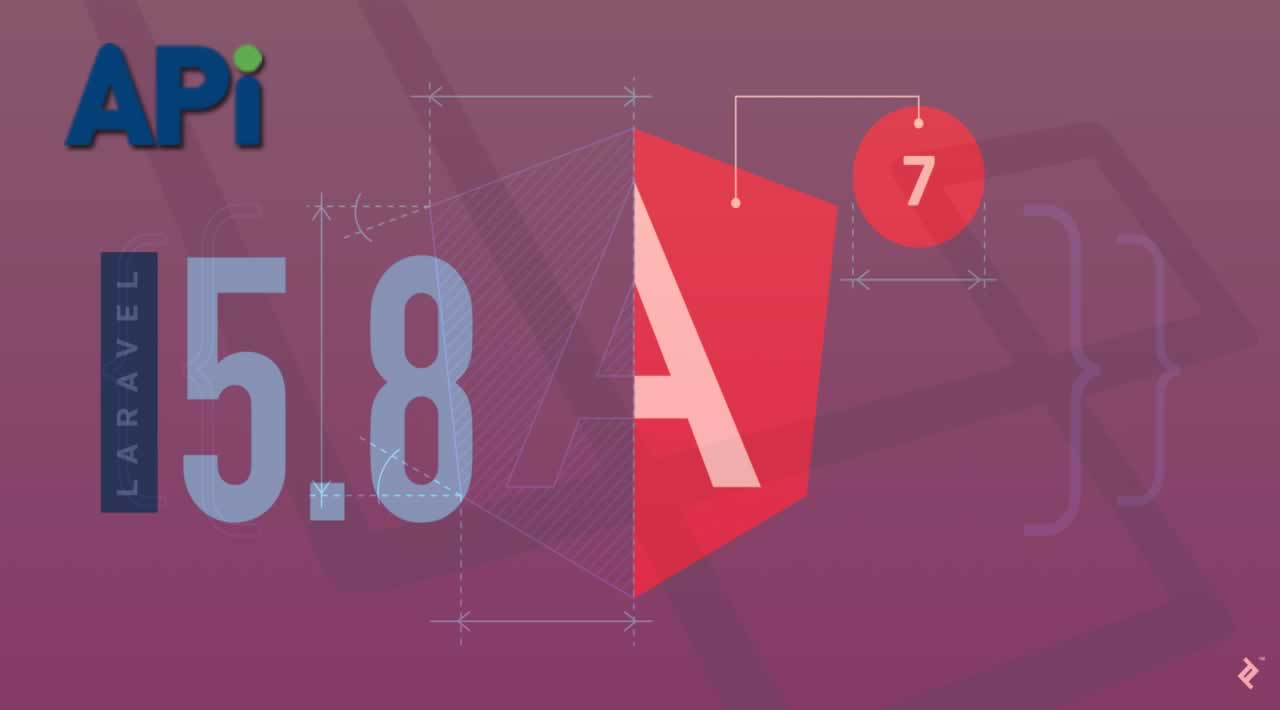 For PHP Laravel APIs to integrate in Angular 7, we have to write APIs in api.php file in Laravel which is in the routes folder in Laravel project structure. For the sake of this article, we are using example of User API.

we commonly use PHP Laravel 5 for database integration and Angular for frontend single page applications. So it makes sense to write about integrating PHP Laravel APIs with Angular frontend.

For PHP Laravel APIs to integrate in Angular 7, we have to write APIs in api.php file in Laravel which is in the routes folder in Laravel project structure. For the sake of this article, we are using example of User API. For User API to fetch and save data, you have to first setup database table. For that you have to write the migration for the table the command to create migration is written below.

After creating a migration, you have to make a model for the table that you have created. Which can be made by command written below.

After using this command the migration and model is made.

You can see the more about how to write table in the migration go to this link:

https://laravel.com/docs/5.7/migrations. After writing the table you have to run this command to migrate the table into the database

After migration, you have to write a method into the model that was created to get, update, or add data into the table. For an API to run you have to make,

You can also make resource and collection to return the response. You can go this link and check the eloquent resources and collection https://laravel.com/docs/5.7/eloquent-resources.

So in this api the api is using UserController Method getllAllUsers to get the users from the database. After that you have to serve the laravel project to use these apis into angular project.

After that make your first component. For making component use this command.

Four files will be generated after running that command. After that design your page in the html file

and in the ts file your code goes there. After that you have to make service to integrate the api calls that has been written in the Laravel so to create a service run this command.

After running this command 2 file will be generated you will write the code in the ts file name users.service.ts there you will first import the HttpClient first. Then go to the environment folder and write the the api served url of the laravel project for local the url will look like this.

The Laravel project will always serve on the 8000 port.

After importing our service constructor will look like this.

After that write a function to to call the API of the Laravel and we will use the HttpClient in the function an example is written below.

This function is returning the data of all the users and parse then into the JSON response and return from where this function will get called.

Here you can change the variable name for the user Service. You can set the variable name as you like. There is an ngOnInit() function in every component this is the first function to get called when ever the project gets served or this component is called. To get all the users from the service function that is calling Laravel API call to get all users the code will look like this.

The getUsers function is calling the service function gellAllUsers to get the user and save it into the local variable. Now you can use this variable in whatever the way you like into your html page to show it on the webpage.

In Angular, you can also make the model to map the response also so for that you need to make a file names users.model.ts there is no specific command for that. So the model is made for the easiness to use the response of the API. Example is given below.

For using observers we will import the rxjs Observable into the users.service.ts file. Then after that the Observable will be used like this as shown in example below.

Here the observable is parsing the response into the user model which we have created above as we are getting all the users from the API response so we are use Users[] array. And to get its parsed over here you have to format the response also in the Laravel API function. After this we also need to change the users.component.ts file so it will look like this.

First we need to make your allUsers variable type to Users[] as the model and as we have done it in the service file the the gellUsers function will able to map response now.

as firstname is the variable that is in the model of Users.

If you follow this detailed tutorial, you can learn to write the APIs in Laravel and to integrate them in Angular project.

Build a Basic CRUD App with Laravel and Angular

This tutorial teaches you how to build a simple CRUD application with a Laravel backend API and an Angular frontend.