Understand JavaScript Callback Functions and Use Them 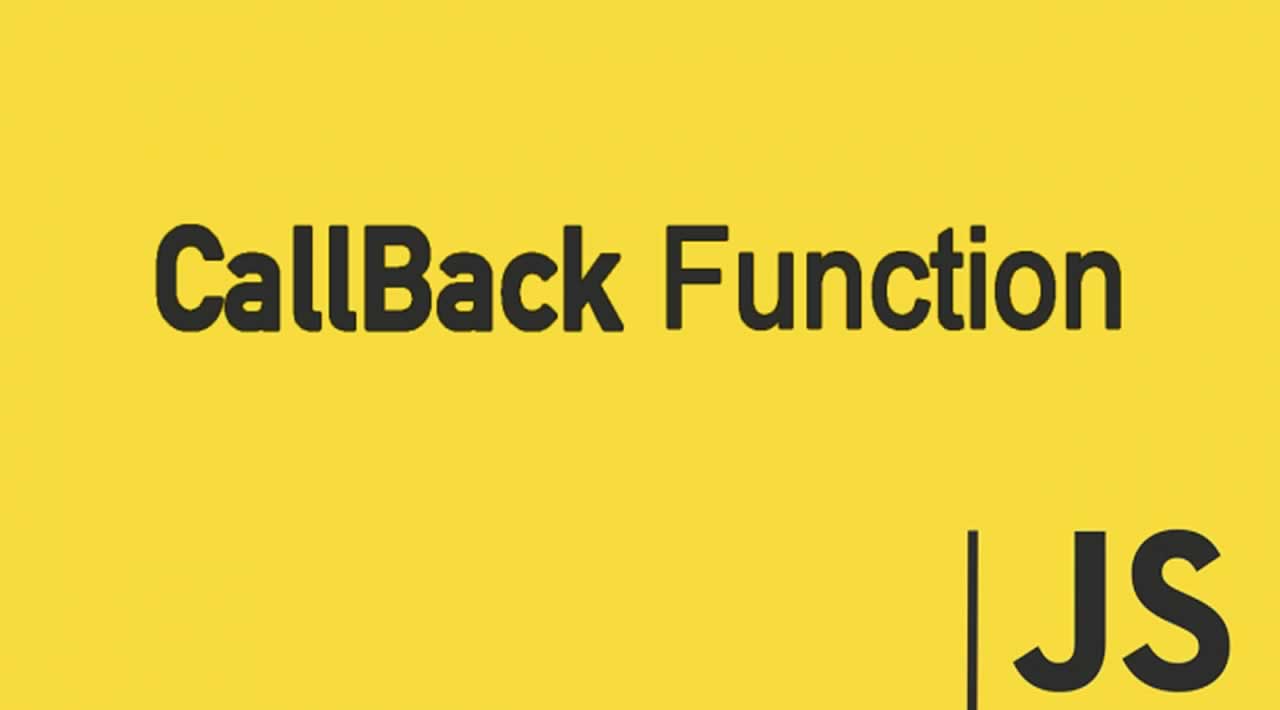 In this article, we discuss the basic concepts behind callback functions in JavaScript. We then provide some tricks and tips for best practices

JavaScript callback functions; another important concept you must need to understand to become a successful JavaScript developer. But I am sure that after reading this article thoroughly you will be able to overcome any obstacles you previously had with callbacks.

Before we begin, let's first make sure that our understanding of functions in general is solid.

What Is a Function?

A function is a logical building block inside of which a set of codes are written in order to perform a specific task. Practically, functions allow writing code in a more organized way that is also easy to debug and maintain. Functions also allow code reuse.

You define function once and call it when you need to without writing the same codes again and again.

You may also like: Keeping your JavaScript code clean forever and scalable.

We talked a little about what a function is. Now, let's see how to declare a function in javascript.

The function declared before will be invoked when any one of the following occurs:

The () operator invokes the function.

What Is a Callback Function?

As per MDN: A callback function is a function passed into another function as an argument, which is then invoked inside the outer function to complete some kind of routine or action.

Functions that can do this are known as higher-order functions. A callback function is actually a pattern. The word "pattern" means some sort of proven methodology to solve a common problem in software development. There it is better to call the use of callback function as a callback pattern.

Why We Need Callback

For example, the "alert" statement is considered as one of the blocking codes in javascript in the browser. If you run alert, you can no longer do any interaction within the browser until you close the alert dialog window. In order to prevent blocking on long-running operations, a callback is used.

Let's dive deep so that you will understand exactly which scenario a callback is used in.

In the above code snippet, getMessage() function is executed at first and then displayMessage() is executed. Both displayed a message in the browser's console window and both of them executed immediately.

In certain situations, some code is not executed immediately. For example, if we assume that getMessage() function performs an API call where we have to send the request to a server and wait for the response. Then how we will be able to deal with it?

How To Use Callback Functions

Rather than telling you about the syntax of JavaScript callback functions, I think it would be better if we try to implement a callback function on our previous example. The code snippet is shown below in the following screenshot.

In order to use a callback function, we need to perform some sort of task that will not be able to display results immediately. To emulate this behavior, we are using JavaScript's setTimeout() function. That function will take two seconds to display the message "Hi, there" to the console window.

After this message is displayed, then "Displayed message" will be shown in the console window of the browser. In this scenario, at first, we are waiting for the getMessage() function. After this function is executed successfully, we execute the displayMessage() function.

Let me explain what actually happened behind the scene in the previous example.

As you can see from the previous example, in the getMessage() function, we are passing two arguments. The first argument is the msg variable, which gets displayed in the browser's console window, and the second argument is the callback function.

In other words, we can say that the JavaScript code is always blocking in nature. But this blocking nature prevents us from writing code in certain situations when we are not able to get the immediate results after running some specific tasks.

I am talking about tasks such as the following.

Callback hell occurs when multiple asynchronous functions are executed one after another. It is also known as the pyramid of doom.

To implement this functionality with the help of callbacks, the code snippet will be similar as shown below.

From the above code snippet, you can see that the code becomes harder to understand, harder to maintain and also harder to modify. This happens due to the nesting of all the callback functions.

How Do You Stop Callback Hell?

Multiple techniques can be used to avoid callback hell there are as follows.

Let's talk about working with the async.js library in order to avoid callback hell.

As per the official website of async.js : Async is a utility module which provides straight-forward, powerful functions for working with asynchronous JavaScript.

Async.js provides near about 70 functions in total. For now, we will discuss only two of them i.e, async.waterfall() and async.series().

This method is useful when you want to run some tasks one after the other and then pass the result from the previous task to the next task. It takes an array of functions "tasks" and a final "callback" function that is called after all functions in "tasks" array have completed or a "callback" is called with an error object.

This function is helpful when you want to run functions, and then you need to get the results after all the functions have executed successfully. The main difference between async.waterfall() and async.series() is that async.series() doesn't pass the data from one function to another function.

In technical terms, closure is the combination of a function that is bundled together having references to its surrounding state.

Simply put, a closure allows access to the outer function's scope from an inner function.

Conceptually callbacks are similar to closure. A callback is basically where a function accepts another function as an argument.

I hope this article clears all your doubts on javascript callback functions. If you find this article helpful, share it among others.