How Microservices are transforming App development 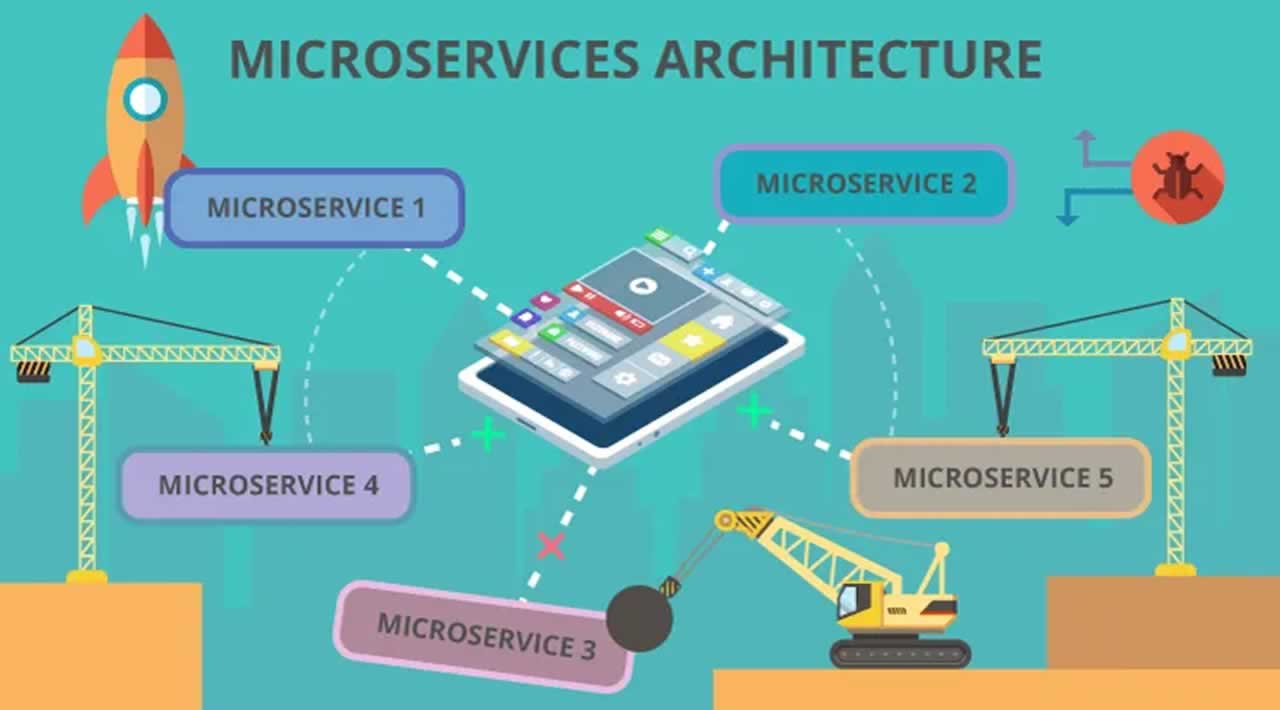 Mobile devices are increasingly becoming the user’s preferred instruments of choice for browsing the Internet. With market leaders focusing on providing customers with exemplary user experiences, we are now witnessing a rapid rise in consumer expectations which mandates including the innovation of the mobile experiences you offer.

Just adopting a mobile-first approach isn’t enough anymore. While your customers may make-do with a responsive website in the initial period, a shift to mobile apps gives you significant leverage over your competitors.

The key to successful mobile apps isn’t just limited to great design and subsequent development. The development teams need to accelerate the delivery of benefits that mobile apps offer to the customers. Implementation of agile methodology, adopting a DevOps strategy and making the move to the microservices model of building a cloud-based application gives you a significant business advantage.

Microservices allows the development teams to own the entire project development cycle. It provides the much-needed flexibility in mobile app development. Teams can work upon the data gathered from users to incorporate changes within the application components on a real-time basis. This results in the DevOps process becoming more dynamic and the development teams more agile.

Microservices’ architecture is an important architectural innovation that is a potent alternative for building complex software applications. Large applications are broken down into loosely coupled smaller services. Each microservice focuses on a separate business functionality.

Every microservice can be individually deployed, tweaked with, and redeployed without compromising the application integrity. Loose coupling of microservices results in the facilitation of rapid deployments. The features build as a result of user feedback thus reach the users in a quick manner.

the traditional monolithic app architecture, all the components of the code are designed as a single, cohesive unit in which the components are interconnected and independent. Any updates the developers need to make results in changes being made to the entire stack. Shifting to a new tech stack or adopting a new framework requires a significant overhaul and rewriting of the entire code.

In contrast, microservices architecture has the system divided into individual services that can run as autonomous processes and communicate with each other by means of APIs.

Containerization allows for the services to be encapsulated and operations run in parallel, making the existing infrastructure easy to maintain. Any updates or changes can be performed on individual services without affecting the entire system.

Microservices can be built, deployed and tested independently of other components in the system, which results in faster iteration cycles and improved team agility. The developers have the flexibility to use the language or framework best suited to the functionality being developed.

This improves the productivity by dramatically reducing the amount of code to be written. It also ramps up the maintainability of the application. Breaking down complex applications into manageable services improves the performance of Agile teams. Developers don’t have to wait for another team to finish off their work before they start with theirs. The ability to work on different components simultaneously improves productivity.

Scaling of the different microservices components at runtime takes place independently of each other. This allows for more efficient resource utilization. The workload of a component can be moved to an infrastructure that is best suited to the task.

Microservices offer accelerated development velocity coupled with on-demand scalability. The elasticity of the cloud native environments can be easily leveraged by the microservices making scaling cost-effective through optimal utilization of the infrastructural resources.

Flexibility in using technologies and access to a wider talent pool

Since every microservice being developed can be written using a different technology, the development team is free to choose the tech stack that would be most appropriate for the specific service. Decoupled services written in different programming languages can easily coexist, new components can be constantly added and scaling can take place at an individual level.

The flexibility that microservices offer also allows you access to a wider talent pool. Instead of sticking to one particular technology stack, you can hire developers with varied skills and backgrounds. This also brings in more leeway for innovative practices and positively impacts the quality of the mobile application under development.

Carrying out software development and deployment can be a tough nut to crack when working with extended teams. Microservices result in increased independence for the developer. They can work autonomously resulting in faster decision making.

The cross-functional teams in microservices architecture comprise of empowered individuals who are capable of taking faster decisions. Working in close-knit teams and smaller groups results in more independence to the individual team members and faster technical decision making.

With different team members including the developers, testers, and operations teams working simultaneously on a single service, development testing and debugging takes place in continuous iterations. The incremental development results in a continuous cycle where code is consistently written, tested and deployed while incorporating relevant feedback.

While the business benefits of shifting to a microservices architecture are immense, the transformation needs to be carefully monitored and strategically implemented. Adopting a DevOps culture, with robust monitoring is critical for a successful shift to the microservices architecture. The increase in flexibility and speed has to balance with an associated increase in complexity.