What exactly is Vue Native?

It is one of the JavaScript frameworks intended to create mobile apps in Vue.js. The Vue.js framework helps to make the development of the user interface more systematic. It is quite simple to comprehend since it focuses on view layers. Development is accelerated by Vue.js because it functions without using Babel which happens to be a transpiler that helps to transform JavaScript code into an ES5 version that will be able to run in all the browsers. Integration is quite simple since templates in Vue.js happen to be valid HTML. This particular framework is a fantastic solution for creating lightweight mobile apps.

For bringing all the advantages of Vue.js to native app development, several web developers known as GeekyAnts decided for creating a framework that will be able to connect React Native as well as Vue.js.

Vue Native happens to be an innovative tool for cross-platform development combining Vue.js and React Native. There is no need for the developers to be concerned regarding copyright concerns since it will be obtainable under the MIT license. Developers can begin working with Vue Native by installing CRNA. It will be possible to develop a Vue Native app by making use of Vue Native CLI and CRNA.

Quite a few features are provided by Vue.js for organizing front-end development in a better manner. At present, an innovative set of features has been introduced by Vue Native for Vue.js users.

You will be able to use this feature for writing code, which is focused on the result and which hides every single implementation detail. This feature helps in keeping data consistent, which can be modified once fresh inputs are introduced.

This particular feature helps to minimize the time needed for coding. Native app development experts will be able to make modifications in views and models in a single step without any need to wait.

Vue Native is dependent on React Native completely. It provides an opportunity for any beginner native app development company to develop mobile apps utilizing the Vue system, which is quite simple. Vue can likewise be used by developers for observing and rendering React components.

This particular plug-in, just like React Navigation Router, helps to implement navigation in native apps by the application of Vuex.

A set of fundamental components is offered by Vue Native, which enables any native app development company to begin a fresh project while accelerating the development procedure.

Why is Vue Native imperative for JavaScript developers?

JavaScript developers can use the Vue.js framework for writing HTML code very easily, and then styling it using CSS. Now it will be possible for you to make use of the convenient styling and templating systems of the Vue.js framework while developing native mobile apps.

Vue Native helps to combine Vue.js ecosystems and React Native such that the developers can use both these frameworks to their advantage.

Vue.js, as well as React, happens to be leaders amongst JavaScript frameworks when it comes to runtime optimization. The virtual DOM, reactive system, simple documentation, and reusable components are effectual performance enhancers. Vue Native can be considered to be an effective tool for developers who like to develop a mobile app quite fast.

Vue Native is intended for whom?

The main question is which developers should select Vue Native for cross-platform app development. There are many factors to consider for getting an answer to this.

The answer will be in the negative in case you happen to be an experienced and competent user of React Native. As mentioned earlier, Vue Native is a tool that helps to narrow the gap between React Native and Vue.js. Therefore, the users of React Native will not be getting anything innovative.

In case you happen to be a user of Vue.js and are starting to develop a cross-platform app, the answer is going to be in the affirmative. Vue Native, as well as Vue.js, has clear documentation plus simple functionality, which is simple to learn and also apply.

In case you happen to be a user of Vue.js who also works with the native-script-Vue plugin or the Weex framework, it is your objectives that will determine your choice.

Native-script Vue happens to be a plugin that enables you to develop cross-platform applications for iOS and Android. It comes with a strong community, given that it controls the Native-Script framework; however, it is not appropriate for production applications since it is in the early phases. 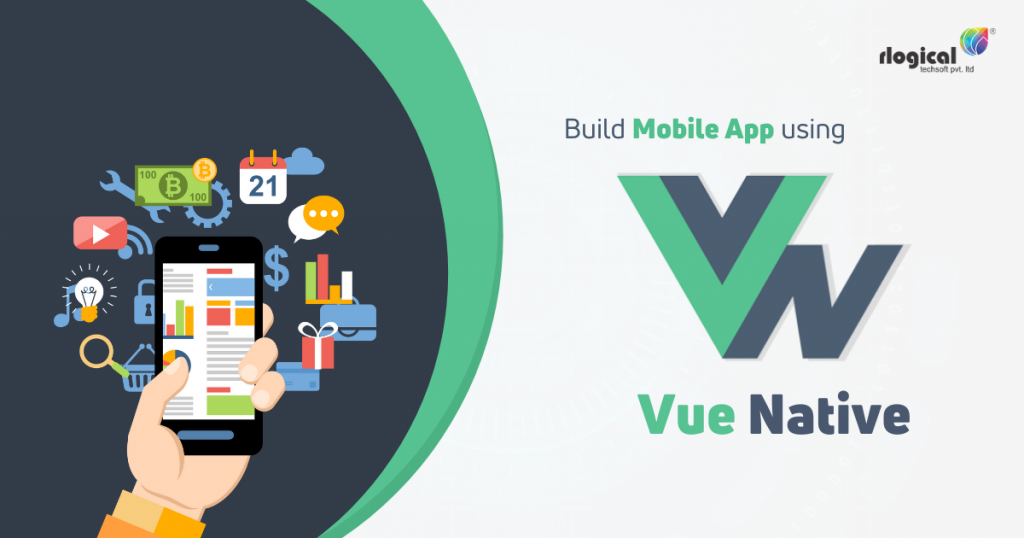 Want to develop a custom mobile app for your business?

WebClues Infotech with its vast experience of completing 1500+ development projects satisfactorily is the right agency that can fulfill your mobile app development needs. The trust shown by the business in WebClues Infotech has led them to develop a satisfied client base of 600+ among which most of them are repetitive customers.

Want to know How WebClues Infotech can help you with your Custom Mobile App Development Needs?